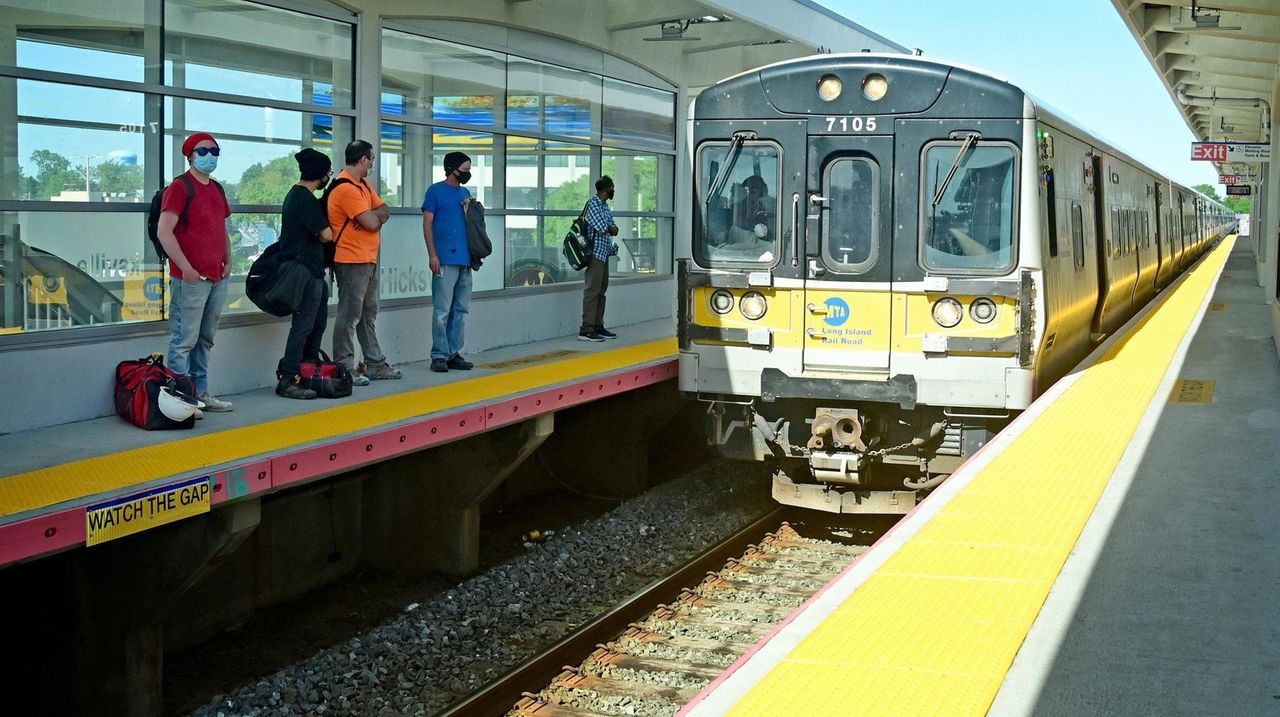 Some commuters and advocates suggest the MTA should postpone its regularly scheduled biennial fare increase, or consider reducing some fares to motivate customers to return to the transit system. Credit: Newsday / Alfonso Castillo, Shelby Knowles

The key to raising fare revenue on the Long Island Rail Road may be to reduce ticket prices, according to transportation experts who are urging the MTA not to go forth with a planned fare hike proposal later this year.

As commuters wonder how the financial impact of COVID-19 on the LIRR will affect what they pay to ride on the transit system, a source within the Metropolitan Transportation Authority — the LIRR’s parent organization — has promised only that the agency will not raise fares above what was already planned. Following its usual cycle of raising fares by 4% every other year, the MTA is due to vote on its latest fare increase by December.

The MTA's most recent update to its financial plan, made in February, assumes a fare increase, which would take effect in March.

Some commuters and advocates say the MTA should postpone its regularly scheduled biennial fare increase, or consider reducing some fares to bring customers back to the transit system, which has seen its ridership plummet.

An MTA source said no fare increase vote has been scheduled, nor is one currently being discussed, but added the authority would not consider a fare reduction.

“I think for this year, it should remain the same — no increase,” said Baldwin commuter Karen Berger, 49, a New York City assistant principal who pays $308 for her monthly LIRR ticket. “Many people will just be getting back to work and may have to catch up on bills. I understand they can’t lower it, as they have their own expenses.”

MTA chairman Patrick Foye said the agency has not made a decision on whether it will go forward with the scheduled increase but repeatedly has assured there will be no “pandemic-related” fare bump.

The MTA’s finances are under unprecedented stress. The transit agency has projected that its financial toll from the pandemic could reach $8.5 billion in 2020 — largely due to lost fares and tolls, which account for about half the authority’s revenue. LIRR ridership was down more than 90% during most of April and May.

“Our finances right now are horrific. The pandemic has devastated the financial condition of the MTA,” said Kevin Law, the Suffolk County representative on the MTA Board, which is set to discuss the authority’s financial picture at its monthly meeting Wednesday.

“As the economy improves, and more and more people go back to work, hopefully those revenue sources will begin to improve. But when it comes to fares, we need to attract commuters back to the system,” Law added. “And the last thing we should be doing is looking at an increase in fares, because that’s a surefire way to discourage commuters from coming back. ... If anything, we should look at freezing or decreasing fares to encourage and increase ridership."

Law was among several MTA Board members who, even before the pandemic, had pushed for a thorough review of the authority’s fare policy, with an aim toward providing relief for Long Island commuters — some of whom pay $627 monthly to ride the LIRR and the subway system. Law said those talks were derailed by the pandemic, but he hopes to restart them this summer.

MTA decision-makers and advocates agree on one point: The transit agency’s ability to recover from the pandemic — and address its fare policy — will be heavily influenced by the actions of Washington, D.C., lawmakers. The federal government, which approved $3.8 billion in aid to the MTA in its CARES Act, is considering a request from the MTA for another $3.9 billion in COVID-19 relief funds.

“Getting the second chunk of federal money is absolutely essential,” Foye told CNN last week. “If we're able to do that, the $3.9 billion, provided in the HEROES Act, we'll be able to deal with our operations during the course of 2020, and then of course we'll have to deal with 2021.”

Law said another way the federal government could help the MTA’s economic recovery is by allowing commuters to pay their entire commuting costs using pretaxed dollars. Currently, the Internal Revenue Service only allows up to $275 in monthly deductions for transit costs.

Chris Jones, senior vice president and chief planner at the Regional Plan Association, said the LIRR also could use off-peak fare discounts both as an incentive for uneasy former commuters to return to the transit system, and to steer commuters from peak travel times, when crowds make social distancing particular difficult.

It wouldn’t be the first time the railroad used fare discounts to influence commuter decisions during a crisis. In the summer of 2017, when major infrastructure work in Penn Station forced the railroad to significantly curtail rush-hour service there, the LIRR cut fares by 25% for trips to alternative stations in New York City.

“It does make sense to try to lower fares to attract more people back to the system,” said Jones, who believes boosting public transportation use in the New York metro area will be key to the recovery of the region, and the country. “You want to get as many people taking the trains as you can safely accommodate, because if you just leave things the way they’re likely to go, the roads will fill up, and you will end up with just as much congestion as you had before, even with fewer people working.”

As New York City continues its reopening, the MTA has seen a gradual return of customers. Ridership on the LIRR is back to about 13% of usual levels — up from a low of 3% in April and May. It’s expected to grow as the city enters Phase 2 of its reopening Monday.

Another question looming over the future of LIRR fares is how riders will pay them. Late last year, the LIRR proposed eliminating cash transactions on trains as a cost-cutting measure. Under pressure from unions and some riders, the railroad walked back the proposal in December.

But to minimize contact between riders and railroad personnel during the pandemic, the LIRR has, since March, banned cash payments. The railroad has not said when, or if, it will go back to accepting cash.

“I’m thinking that they’re just going to continue to say that it’s unsafe,” said Nicholas Peluso, national representative for the Transportation Communication Union, which represents LIRR ticket agents and has opposed the cash ban. “This could be a good plan: ‘Hey let's just keep this going. We’ll get the customers to not want to use cash anymore. And people who do, well just keep telling them, sorry we can’t because of COVID.’ ”

Asked if there are plans to restore cash fares, LIRR president Phillip Eng said the railroad "will take advice from experts to minimize health risks to customers and employees." He also noted that LIRR continues to charge off-peak fares at all times, as it has since March.

"We will continue to evaluate necessary procedures and precautions as the region further reopens and protocols continue to evolve," Eng said.