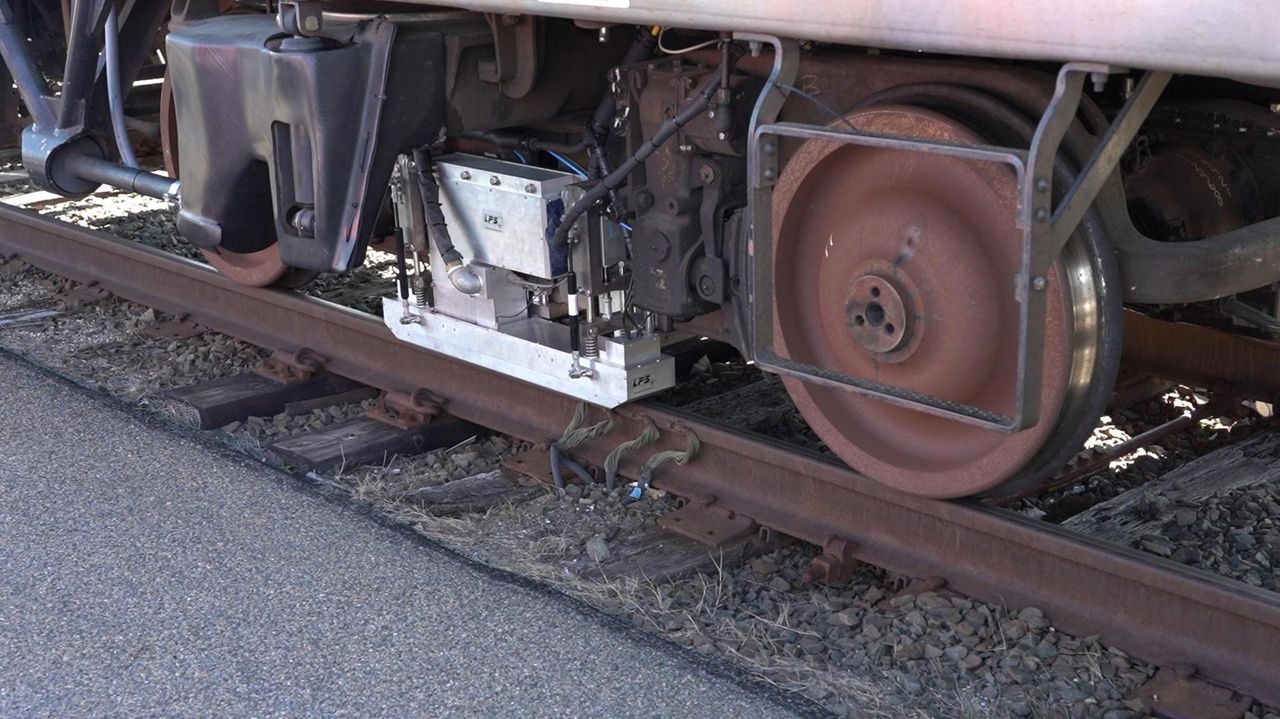 The Long Island Rail Road took a chance on zapping delays by rethinking its approach to a problem every homeowner can relate to: getting rid of fall leaves.

The railroad has been using a laser to remedy the problem. The high-tech approach to dealing with slippery rail conditions has achieved high marks, according to the LIRR, which this week trumpeted the success of the transit industry’s first laser train.

The LIRR rolled out the train in October as part of a pilot program, coming at a potential cost of up to $250,000 for research and development, after months of testing. It uses a high-powered laser to incinerate slimy leaf residue that accumulates on the rails.

And with the fall season nearly over, LIRR president Phillip Eng declared the new strategy to tackling what the railroad calls “low adhesion season” a big success.

As a result, the LIRR reported that the number of "short trains" in service this fall season fell by 32% compared to last year — a common problem that can reduce the number of available seats in the autumn months.

The commuter railroad is forced to use short trains because wet leaves on the tracks cause “slip-slide conditions” that force cars onto the sidelines to have flat spots on their wheels repaired.

Other statistics point to the laser train having made a difference, Eng said. Through November, train cancellations were down 48% compared to last year; delays of more than 15 minutes were down 30%, and delays caused by weather were down by more than 65% in November.

The LIRR also reported earlier this week that its on-time performance in November was 90.7% — an improvement of 3.8 percentage points compared to November 2018, when the railroad was at the height of its slippery-rail woes.

Eng said other changes in the railroad’s approach to the fall weather, including increased pressure-washing of rails and adding more wheel-repair machines, have helped.

The railroad partnered with Netherlands-based Laser Precision Solutions to develop and operate the laser train.

Aaron Donovan, a spokesman for the LIRR, said the railroad and company are negotiating a lease agreement so LPS can continue to operate and staff the laser train, which is mostly deployed along rails dealing with a high volume of trains. The cost and duration of that agreement have not been determined.

Following the LIRR’s success, other railroads have expressed interest in the technology, Eng said.

“No railroad wanted to try it because . . . it’s not service-proven,” Eng said. “Somebody’s got to be the first to do it.”

Eng said the LIRR is working with Laser Precision Solutions to expand the use of the technology next year. It is considering increasing the current top speed of 25 mph and adding a second laser train.