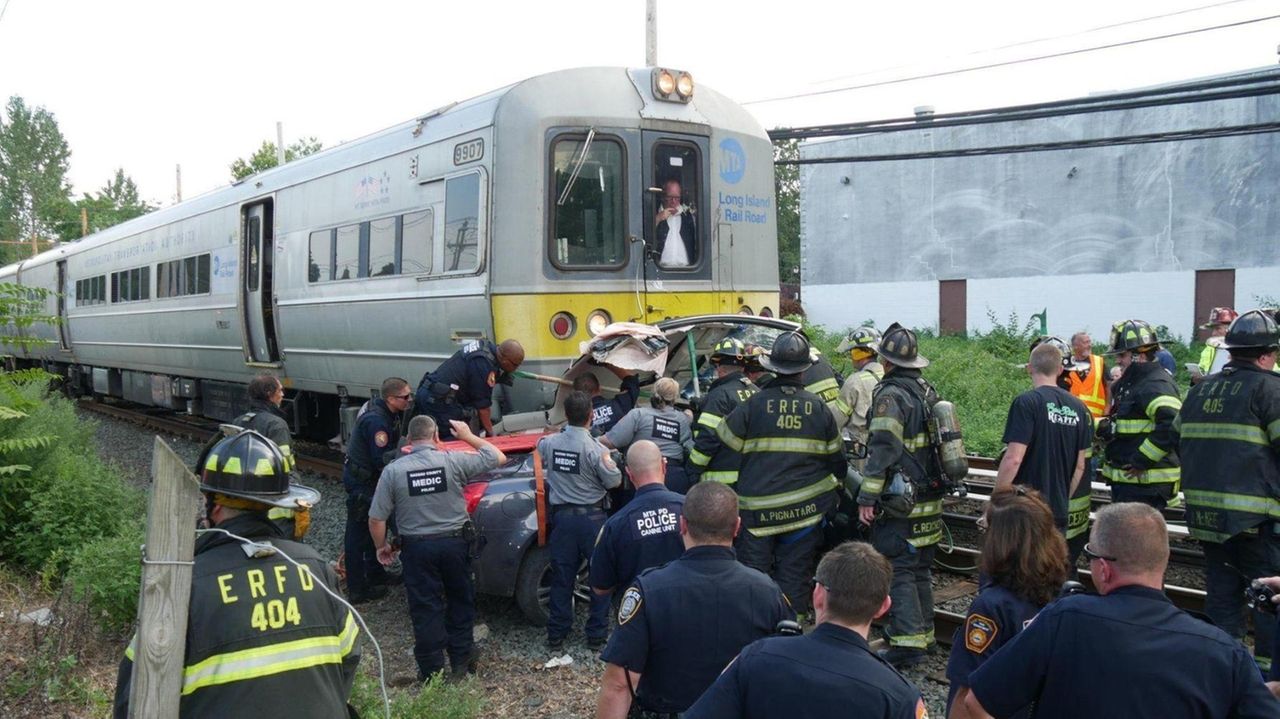 An 86-year-old man who apparently navigated his vehicle around lowered safety gates was struck by a non-passenger LIRR train in East Rockaway on Monday afternoon, MTA Police said.

The vehicle, a black two-door sedan, was struck on the second LIRR crossing, just west of Centre Avenue, shortly after 3:30 p.m., according to a Nassau County police spokesman.

MTA Police said the motorist, who was extricated from the vehicle, was driving his 2009 Infiniti sedan north on Forest Avenue, parallel to the LIRR’s tracks, when he turned left onto the Rocklyn Avenue grade crossing and maneuvered around the gates.

The westbound train struck and moved the car several hundred feet, police said. Police said the driver was taken by ambulance to a hospital conscious and alert, and remains in serious condition.

“All you heard was like the crunching car,” said Juliana Di Rosa, 18, of Lynbrook, who witnessed the accident. “I don’t [know] how he didn’t stop. The thing was dinging and the train was just going.”

Shortly before 5 p.m., police towed the car off the tracks — its air bag deployed and its rear-view mirror dangling. The LIRR announced it had restored service on the branch at 5:17 p.m.