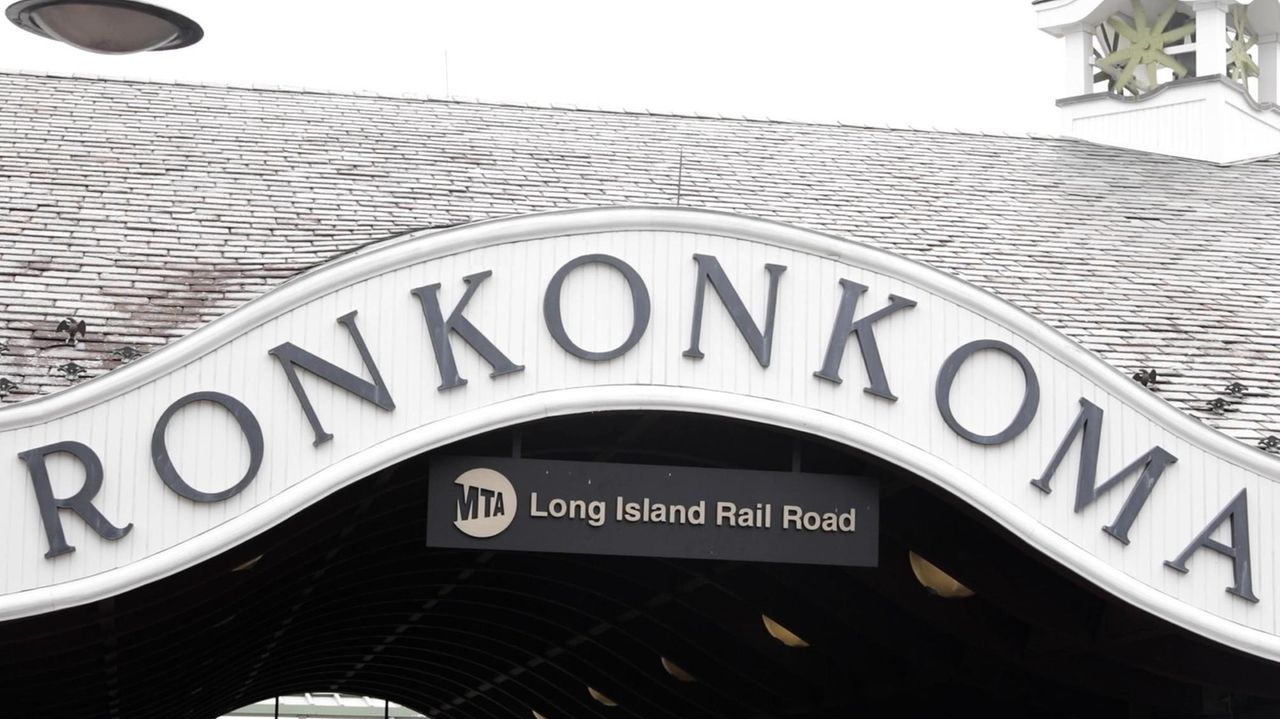 Transit officials and advocates held a news conference on Thursday at the Ronkonkoma Long Island Rail Road station to push for a $12 billion federal bailout for the MTA, claiming the consequences without the bailout would be disastrous for Long Island. Credit: Newsday / Reece T. Williams

More than just inconveniencing LIRR commuters, the deficit-shrinking measures the MTA says it would be forced to take without a $12 billion federal bailout would devastate Long Island's economy and jeopardize its future, transportation leaders said Thursday.

A coalition of transit advocates joined LIRR president Phillip Eng at the Ronkonkoma train station on Thursday to make Long Island's case for the inclusion of transit funding in the next COVID-19 federal stimulus bill. Without it, the Metropolitan Transportation Authority has said it may resort to deferring capacity expansion projects, closing ticket windows, enacting the highest fare hikes in years, and cutting LIRR service in half — including by eliminating some branches.

"The Long Island Rail Road, in many ways, is Long Island," said Lisa Daglian, executive director of the Permanent Citizens Advisory Committee to the MTA, which includes the LIRR Commuter Council. "With steep service cuts and fare increases, it would be a dramatic change in the way we all live."

According to a report prepared by the coalition of transit advocates, major reductions in LIRR service could have a significant impact on the real estate market, because property values are heavily impacted by their proximity to a train station.

The proposed LIRR cuts, and resulting layoffs, the report said, also could hurt Long Island's efforts to hold on to its population of young adults, promote transit-oriented development, get students to and from colleges in Nassau and Suffolk, and sustain East End tourism.

"We think of the MTA often as Manhattan issues. This is about Long Islanders. Long Islanders need this economic engine," said Eric Alexander, director of Vision Long Island, a planning group.

Some advocates directed their pleas at Rep. Lee Zeldin (R-Shirley), an ally of President Donald Trump, who they believe can help broker a deal for a federal rescue of the MTA. Although the first coronavirus relief package, the CARES Act, granted the MTA about $3.9 billion in March, the agency quickly went through all the money.

The MTA, which has seen its revenue decimated by a ridership collapse during the pandemic, said it's losing about $200 million every week.

Danny Pearlstein, spokesman for the Riders Alliance, a transit advocacy group, noted that Zeldin delivered a key speech at the Republican National Convention in support of the Trump administration. "It's most relevant, since he stood up for them, to ask them to stand up for him and to stand up for Long Island and the MTA."

In a statement Thursday, Zeldin said he has advocated for additional funding for the MTA — including in a letter sent to Congressional leaders on Wednesday — and will continue to do so.

"Millions of hard-working Long Islanders depend on the MTA for travel to and from work in order to support their families," Zeldin said. "As New York continues to open up, and more commuters return to work, we are going to need the MTA to be as strong as possible to handle the incoming increase in demand."