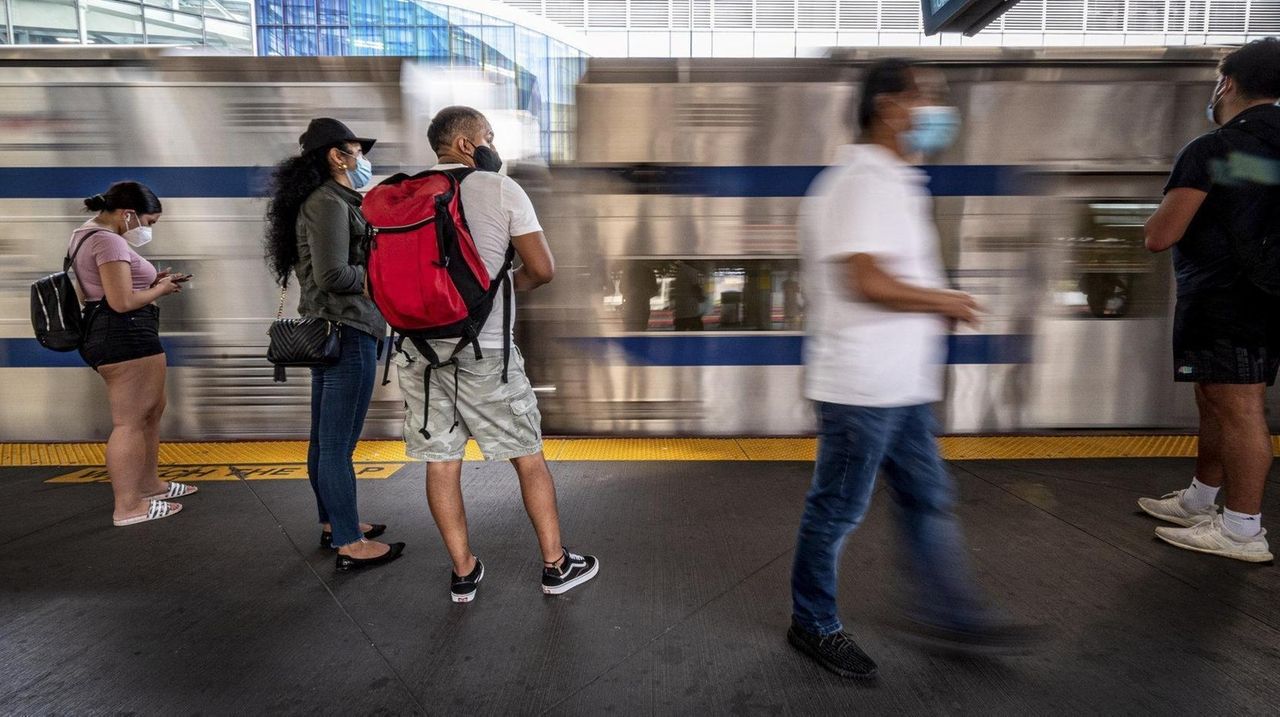 A proposal being considered by the MTA that would benefit LIRR riders living the farthest from New York City, particularly those in Suffolk, has some Nassau commuters worried their fares will go up to make up the difference. Credit: Newsday / Alfonso Castillo

A proposal to create a more equitable LIRR fare by charging all commuters traveling between New York City and Long Island the same price has some Nassau riders worried they'll have to pay more for Suffolk riders paying less.

The proposal to replace the Long Island Rail Road’s nearly 200-year-old distance-based fare model with a "flat fare" — similar to that used on city buses and subways — is among the options the Metropolitan Transportation Authority is considering as part of a possible 4% fare hike, beginning in the spring.

Under the plan, authored by MTA Board member and Putnam County representative Neal Zuckerman, the authority’s two commuter railroads, the LIRR and Metro-North, would replace their existing fare zones — of which the LIRR has eight — with two: a New York City zone and a suburban zone, which would include all stations on Long Island.

All trips made between those two zones would cost the same — as would all trips made within Long Island and within New York City. The MTA has not specified the amount of the adjusted fares.

The MTA Board’s Suffolk representative, Kevin Law, said he believes it’s unlikely that the board will pursue a flat fare for the LIRR, because the benefit to Suffolk commuters would come "likely at the expense of Nassau County commuters." He’s called on the MTA to reduce fares for everyone, at least temporarily, in order to lure back lapsed riders.

According to Zuckerman’s proposal, the new fare structure would aim to "address historic imbalances in our pricing model," which charges the most to commuters who live farthest from New York City, including those in Suffolk, and, therefore, have some of the worst commutes.

"I thought it was important to start the dialogue on how we change a perennial inequity, and solve it," said Zuckerman, who has called distance-based fares a "doubly regressive tax," especially as many commuters living on the far ends of the commuter rail systems earn less and have lower property values than those living closer to Manhattan.

A Westhampton commuter currently pays $500 a month — or $6,000 annually — to travel to and from Penn Station, a trip that takes about two hours each way. Comparatively, a Valley Stream commuter pays $270 a month for a trip, which takes about 35 minutes each way. With a flat fare, both commuters would pay the same amount.

"The reality is that paying by distance is an anachronism. It is not a fair system," said Zuckerman, who wants to "start a dialogue on how we create a fairer system, just like we have in New York City. … One price for everyone."

But while equalizing fares across the Island could benefit riders in Suffolk, it could mean raising fares significantly for those traveling from points farther west. That includes stations in Nassau, which account for about 60% of the Island’s ridership.

Assemb. Judy Griffin, whose district is in the westernmost Long Island fare zone, raised the issue at a recent MTA public hearing on the fare proposal.

"They moved here so they can live close to the city. They already pay higher taxes. They pay more for their houses. And now they would have to pay the same amount as someone who lives way out in Suffolk County," Griffin (D-Rockville Centre) said. "And everyone knows, if you live here, your railroad trip should be cheaper than if you live in Speonk."

Most major commuter railroads in the United States use a similar fare structure to the LIRR, which charges riders more the farther they travel. However, the LIRR’s cost per mile is among the highest in the country, according to a study commissioned by California commuter rail system Caltrain in 2017.

Flat fares, which charge riders the same amount regardless of how far they travel, are used more frequently on urban subway systems, like New York City Transit, which charges $2.75 for a ride between any two points in the city.

LIRR commuter Matt Palczewski, who lives in Oyster Bay and pays $308 for his monthly ticket, worries that his fare could go up considerably if the railroad tried to equalize the ticket prices across the Island.

"I don’t think it’s something that could work, just simply because Long Island is not like New York City," said Palczewski, 23, a business development representative. "In reality, if you were to buy a car, for example, and you were to travel from Westhampton to the city, you’d pay a lot more in gas and tolls, as opposed to going from Oyster Bay. So, it wouldn’t really make sense to pay as much as the people who are out further east."

Zuckerman has said he prefers to not raise fares on any riders, and that his plan could be realized by reducing fares for riders from the farthest zones, and freezing them for those closer to New York City. But that would not accomplish the MTA’s goal of raising fare revenue by 4%.

The MTA has scheduled eight virtual hearings this month — including one Monday — to gather feedback from the public on the fare options. MTA chairman Patrick Foye has said the proposed options will be "carefully reviewed and deliberated over the coming months." The MTA Board likely will vote on a plan in January that would take effect six to eight weeks later.

Under a schedule adopted a decade ago by the State Legislature, the MTA raises fares every other year. Its last rate hike, in April 2019, increased fare revenue by about 4%. The MTA expects that another 4% hike next year will bring in an extra $153 million — "significantly less than projected in prior plans," because of the agency’s low ridership in the pandemic.

Gerard Bringmann, who chairs the LIRR Commuter Council — a rider advocacy group — said it’s unlikely that a flat fare proposal will get off the ground, because it would likely result in a sizable hike for "the bulk of our riders." It’s more likely, Bringmann said, that the MTA will look to minimize the impact on riders from the farthest reaches of the system by setting caps on fare increases, as they have in recent years. In the LIRR’s last two rate hikes, no fares were increased by more than $15, and monthly railroad tickets were frozen at $500 for those in the farthest zones.

Another proposal to adjusting fares appears to have more support on the MTA Board. It would freeze fares for all monthly ticket holders, while increasing rates on other LIRR fares, including one-way and round-trip tickets, from 7% to 10%.

"I’d love to see the monthly fare stay where it is, because, when you think about it, those are the essential workers. Those are the people who couldn’t stay home," Bringmann said. "They had to come in. And they’re the ones who have been supporting the railroad all along with their fares."

Former MTA Board member Mitchell Pally, who pushed for the consideration of a flat LIRR fare during his 14 years as the board’s Suffolk representative, applauded the authority for using its current fiscal crisis as an opportunity to reconsider its fare structure. The pandemic has decimated the MTA’s revenue streams, costing the agency $200 million a week.

"You look at it and say, ‘Wait a minute. The historical way of doing something may no longer work,' " said Pally, chief executive of the Long Island Builders Institute, a trade group. " 'So, let’s look at it a different way.' "