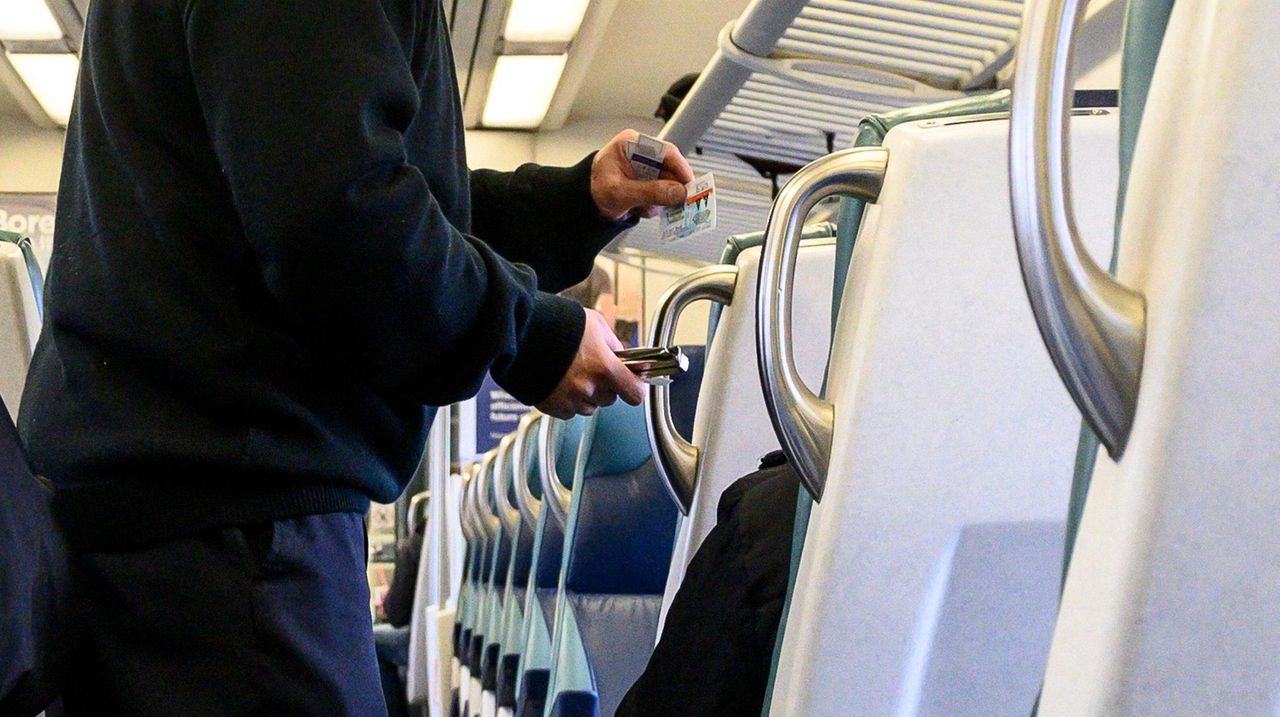 With train ridership low during the pandemic, LIRR Commuter Council chairman Gerard Bringmann said riders are selling their tickets to get back some of their money. Credit: Zoom

Former LIRR commuters who cannot recoup money sitting in transit accounts they no longer need have created a black market of potentially illegal train ticket resales, a practice railroad officials are warning against.

Many Long Island Rail Road riders who no longer take the train to work because of the coronavirus pandemic find themselves with hundreds of dollars stuck in accounts they cannot access — pretaxed money that was deducted from their paychecks monthly. The money can only be used to pay for transit costs and cannot be withdrawn or refunded, according to IRS rules.

Those commuters — assuming they would return to the train before long — were slow to cancel their monthly deduction, and accumulated several months' worth of transit dollars. Enrollees must cancel their deduction weeks in advance to avoid being billed for the following month.

Desperate to recover some of the funds, some have taken to social media in search of other commuters willing to buy a ticket off them — sometimes at a discount.

"They’ll say, ‘Do you want me to go to the station with you and I’ll buy your ticket on my card?’ They’ll do it for the value of the ticket, or even take a lesser discount on it, just so they can get something, rather than lose it altogether," said Michael Taub, administrator of the "Long Island FAIL Road" commuter Facebook group, where several members have posted such offers in recent months.

The new market of tickets is another side effect of the COVID-19 pandemic, as many passengers have left or lost their jobs, or are working from home. LIRR ridership is only at around 25% of pre-pandemic levels.

Selling the tickets has raised some legal issues, as most railroad tickets are marked "non-transferrable," and because Internal Revenue Service regulations require the pretaxed wages to be spent on that person’s transit costs. The LIRR also has admonished customers against buying a ticket from a source other than the railroad "because there's no way to guarantee that the ticket won't be counterfeit."

"Imagine you spend all the money for a ticket, and then it turns out to be counterfeit and gets confiscated when you try to use it," LIRR spokesman Aaron Donovan said.

Taub said he doesn’t expect such a situation would arise in his Facebook group, both because there would be documentation of a transaction, and because its nearly 4,000 members tend to look out for one another.

"I view it as people just trying to help each other out and asking for help. Certainly now is the time," Taub said. "They might say, ‘Listen, I have this money sitting here … I was laid off. And it’s 500 bucks, and I could really use that money to buy groceries.’ … Who am I to judge?"

LIRR officials said they could not quantify how much money is in the accounts, because they only oversee those held by Mail&Ride customers, which are only a small fraction of those affected.

Linda Galler, a tax law professor at Hofstra University’s Maurice A. Deane School of Law, agreed that selling off the unused balance of a pretaxed account can put account holders in murky legal territory.

"I think it’s uncharted territory. It’s clearly taxable income. There’s no question that, as a matter of law, they’re going to end up with taxable income," Galler said. "I think there’s an assumption that, whatever the fringe benefit is, it’s for personal consumption — that the person who is the employee is going to use it for him or herself, not to sell it. … It’s an unusual situation."

The IRS did not respond to requests for comment.

Pushing for a solution

Several commuter advocates and lawmakers from the area have petitioned the federal government to address the issue, including in a letter sent last month by Long Island’s congressional delegation to the heads of the Department of the Treasury and the IRS.

Asked about the new underground market of LIRR ticket sales, Rep. Kathleen Rice (D-Garden City) in a statement Friday called it "outrageous that commuters have had to resort to these tactics when the Department of the Treasury and IRS should be providing targeted relief to those who have accumulated unused transportation benefits."

Gerard Bringmann, chairman of the LIRR Commuter Council — the railroad’s state-regulated rider advocacy group — has suggested that the IRS establish a method to refund ex-commuters' transit dollars, while requiring them to pay taxes on the amount they receive.

"To tell you the truth, they’re indirectly doing that now on this black market. … The money these people are losing by selling you the ticket at a discounted price is probably the same money — or probably more — than they’d pay the government in taxes," said Bringmann, who believes impacted ex-commuters will take what they can get. "You could have seven or eight hundred dollars locked up in a WageWorks account. That’s killing you. It’s like, ‘I need that money. And if I can only get $600 of my $800, fine. That’s $600 more than I have now.’ "

Mike Jerchower, of Oceanside, who no longer works in Manhattan and has been sitting on about $300 of unused funds in an LIRR Mail&Ride account, is hopeful that the change of power in the federal government in Washington will lead to a resolution of the problem.

Jerchower said he has no interest in "scalping" his railroad tickets but does understand the appeal.

"From a financial standpoint, it’s probably easier than getting Congress to change the law," he said.