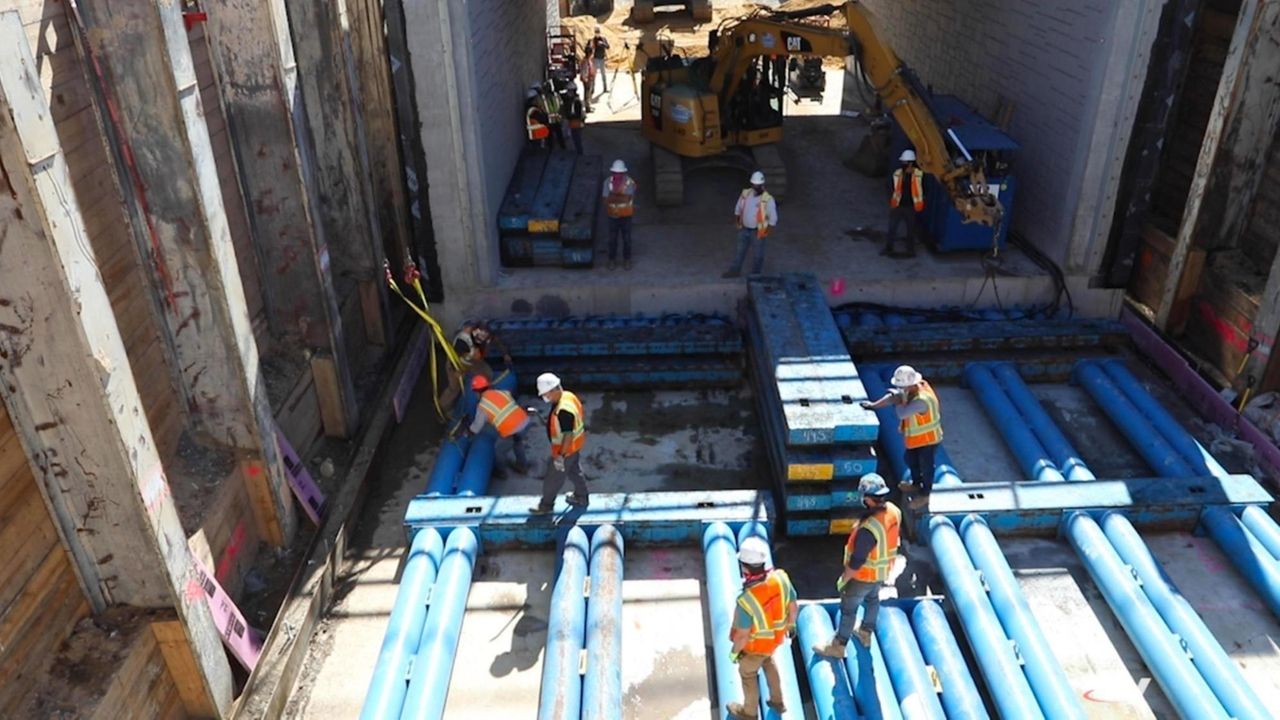 President of MTA Construction and Development, Janno Lieber spoke at a press conference on Saturday about the installation of a new rail bridge at the site of a deadly train accident last year. Credit: Linda Rosier

Long Island Rail Road riders will experience major disruptions over the weekend as crews install a new rail bridge at the site of a deadly train accident last year.

The installation of the new rail bridge at School Street in Westbury will cause major delays on several LIRR branches, including the Huntington, Port Jefferson and Ronkonkoma lines, whose riders will be rerouted on the Babylon line.

The bridge, which will span a new two-lane underpass for vehicular traffic, replaces a grade crossing at the location of multiple accidents in recent years, including a Feb. 26, 2019, collision.

In that crash, police said, an SUV fleeing the scene of a minor auto accident, drove around the downed safety gate and into the path of two trains traveling in opposite directions. The mangled SUV, sandwiched between the trains, burst into flames, killing its three occupants and injuring eight train passengers.

The crossing was already set to be eliminated as part of the LIRR’s $2.6 billion effort to construct a Third Track between Floral Park and Hicksville, but railroad officials said the fatal collision led them to "accelerate" the project. There were six deadly accidents at the site between 2007 and 2017, according to the railroad.

The School Street intersection is one of eight grade crossings to be eliminated as part of the Third Track project, and the fourth installation of a new bridge. The new road configuration under the bridge is scheduled to open later this year.

"The project will strengthen the reliability of LIRR infrastructure and support the growth and development of Long Island and the wider region and will enhance safety and provide for a quieter and more livable community along the railroad," the LIRR said in a statement.

With a segment of the LIRR’s Main Line out of service this weekend, passengers on the Huntington, Port Jefferson and Ronkonkoma lines will be rerouted to the Babylon line using the railroad’s Central Branch, which runs between Hicksville and Babylon. Passengers are advised to expect an extra hour in travel time.

Hempstead and Oyster Bay travelers will also see major schedule changes. Riders are advised to consider using other lines, including the Port Washington and Babylon branches.

More information is available at www.mta.info.