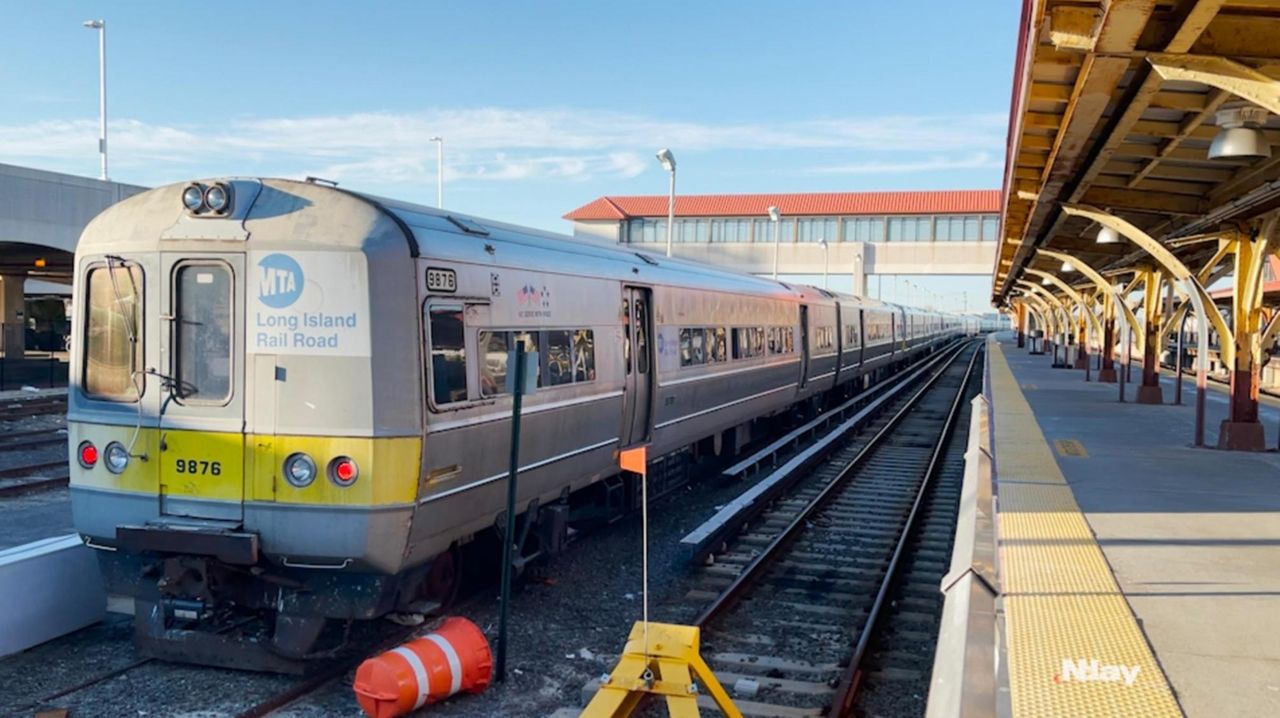 Schedule changes are coming to the LIRR next month. Fewer trains will be running during middays beginning March 8. Newsday's Cecilia Dowd has the story.  Credit: Howard Schnapp

The Long Island Rail Road — still reeling from declining ridership due to the coronavirus pandemic — will further cut the number of trains it runs starting next month, bringing weekday service levels close to those on weekends.

The LIRR, which is carrying fewer than a quarter of the passengers than it did before COVID-19, already has trimmed its weekday schedule by around 20%. The forthcoming changes trim another 5%, bringing weekday to around 75% of pre-pandemic levels.

LIRR service continues 24/7, but the changes — effective March 8 — will reduce train intervals to hourly during middays on the Ronkonkoma, Hempstead, Far Rockaway, Port Washington and Long Beach branches, and half hourly on the Babylon and Huntington lines. Trains will operate every 90 minutes between Huntington and Port Jefferson, and every two hours on the West Hempstead Branch and to and from Speonk. Trains will run more frequently on most branches during peak hours.

"Movie theaters, restaurants and businesses are beginning to come alive again as we approach the spring season," Simon wrote in a letter to Metropolitan Transportation Authority chairman Patrick Foye. "While the MTA should be incentivizing customers back to the system, why should we choose now to reduce service further?"

Simon also noted the decision appeared to be a reversal of the agency's promise to take severe service cuts off the table now that it has received a second $4 billion stimulus package bailout from the federal government — enough to offset revenue losses and balance the MTA's budget this year.

MTA officials have said that even with improved financial footing, they might look to adjust service levels to match lower demand, and to address projected future deficits.

"The March 8 timetable has been developed to support the current needs of all 11 branches and all the essential workers that rely on train service 24/7," LIRR president Phillip Eng said in a statement Wednesday. "Ridership is at 24% of pre-pandemic levels, and we are maintaining 75% of service. The federal funding is welcome relief for the near term as we continue to monitor ridership patterns and support the local communities and businesses as they reopen."

Although the service reductions will not result in job losses, LIRR officials said they stand to save $15.45 million, including in overtime costs, as compared to most of 2020, when the railroad was operating at around 90% strength.

The LIRR mentioned service changes in its monthly report last week to the MTA Board, saying the actions would allow the railroad to "operate more efficiently while meeting shifting customer travel patterns." But Simon suggested the railroad downplayed the severity of the service cuts, which he said amount to "weekend service with some added trains."

LIRR spokesman Aaron Donovan said Wednesday that the new weekday schedule will be based on the railroad's weekend schedule but will be bolstered to meet ridership demands. As one example, rush-hour trains will continue operating to and from Hunterspoint Avenue in Queens — a station typically not served on weekends.

The new schedule would remain in effect until May 23, although Simon said his "organization has since learned the service cuts will remain beyond the original date." Donovan said it's premature to speculate on service levels beyond the specified date.

Long Beach commuter Thomas McNally said he's used to "pretty poor service as it is," and is concerned about it getting worse.

"I understand the need to cut service considering no one is really in the train," McNally said. "I just hope when things return to normal, so does the service."

The reductions allow the railroad to take some tracks out of service during extended periods and carry out infrastructure improvements, including the replacement of aging rail ties, and the construction of a new train storage track in Massapequa, as well as work related to the ongoing construction of a Third Track between Floral Park and Hicksville. Eng has said the railroad will continue monitoring ridership and adjust service levels as necessary.

Last week, MTA chief financial officer Robert Foran foreshadowed even more service cuts in the future, saying that the agency would have to adjust to the "new normal" of depressed ridership levels. The MTA predicts that, by the end of 2024, it may still be carrying only around 80% of the customers it had before the pandemic.

"The thought here is we may need to look to right-size our service at some point in time," Foran said. "We do have to address service levels to make sure we're meeting the needs of customers."