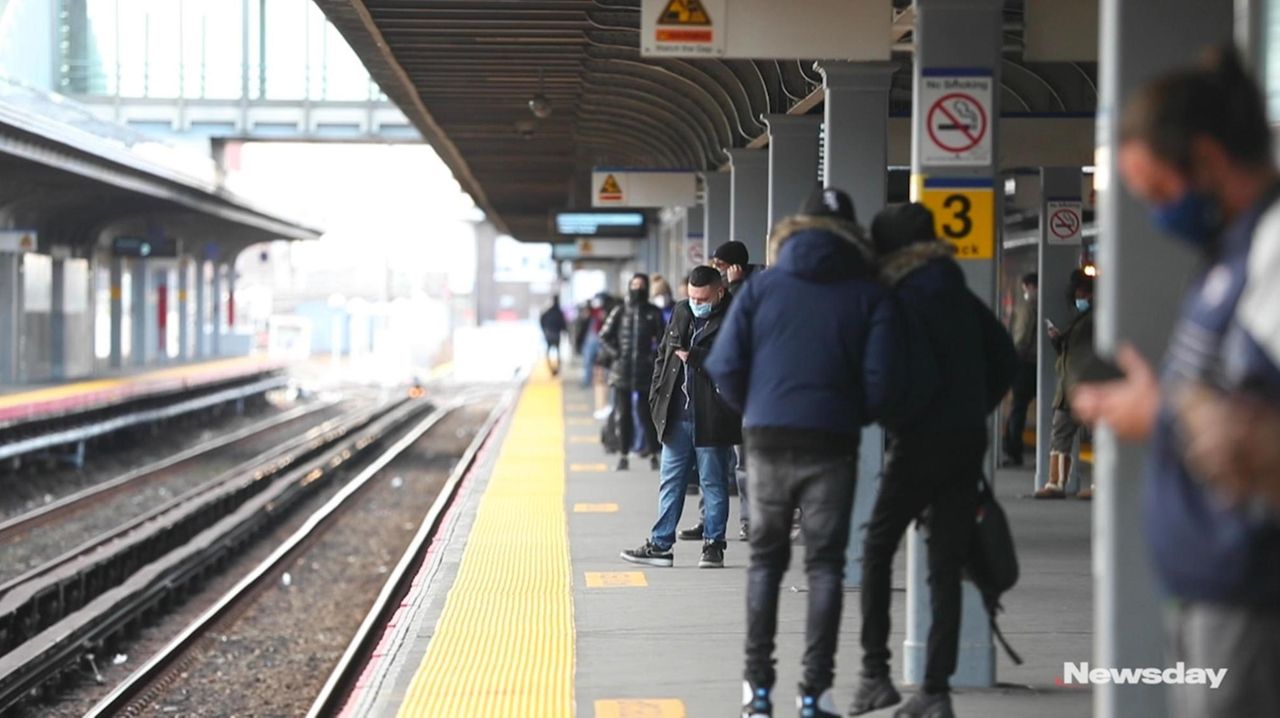 Riders, elected officials and labor leaders are imploring the LIRR to reconsider service cuts that take effect Monday and could significantly lengthen the commute for thousands of customers.

But Long Island Rail Road officials insist there will still be plenty of trains to accommodate the relatively few passengers still riding the rails during the pandemic, and that they will adjust service as necessary.

But many commuters say the changes are far more severe than the LIRR is letting on — in some cases reducing train intervals to hourly even during peak travel periods. Far from some minor adjustments, the published schedule changes "read like a Stephen King novel," said LIRR Commuter Council chairman Gerard Bringmann.

Freeport commuter Mary Jane Dessables said that, rather than the small schedule adjustments riders are used to seeing every few months, the forthcoming changes amount to "a wholesale redo."

"I understand why they did it. I’m just afraid that there are a lot of commuters that are expecting a one- or two-minute change, and they don’t realize they are going to have to shift their schedules," said Dessables, who has been riding the LIRR for almost 30 years. "Nothing is where it was. . . . People need to know this is not a normal schedule change."

Port Washington customer Joseph Del Senno said that at a minimum, the new schedules will add a half-hour to his commute. On some days, they’ll force him to drive to work, because taking the train would get him in either way too early or way too late.

"To call it a 5% change is absurd," said Del Senno, who questioned the logic of reducing service so drastically just as more New Yorkers are getting vaccinated and more businesses are reopening. "To have hourlong gaps in service in the morning rush hour —that’s insane. I don’t see how you get people to go back to taking the train that way."

The intense public backlash spurred eight Democratic state lawmakers to write to Metropolitan Transportation Authority chairman Patrick Foye to reconsider the cuts, which they said will "negatively impact countless essential workers . . . who rely on public transportation to earn a living, support their families, and contribute to our economy."

The cuts come despite the MTA having already received $8 billion in coronavirus stimulus funds from the federal government.

"It will be difficult, if not impossible, for our region to rebound if commuters and consumers lack appropriate public transportation to frequent struggling restaurants and entertainment centers," said the letter, which was authored by State Sen. James Gaughran (D-Northport). "Now more than ever, New Yorkers and small businesses are relying on the MTA to safely transport consumers between New York City and Long Island."

LIRR president Phillip Eng said the railroad crafted the new schedules after closely monitoring ridership trends using technology that provides real-time crowding information on every train. Eng said the data showed that 93% of the LIRR’s trains are carrying fewer than 30% of their normal riders.

The service changes will allow the LIRR to save $15 million in operating costs, as well as accelerate and reduce costs for infrastructure improvement projects that can be advanced with fewer trains running, according the railroad.

"Nobody should fear that this is forever and permanent. What they should know is that all the work that we’re doing is resulting in a better railroad, as they’ve been demanding of us and we demand of ourselves," Eng said in an interview Friday. "We’re committed to making sure we’ve got enough service for the needs of the riders."

Beyond inconveniencing riders, the service reductions could also endanger them, suggested Anthony Simon, who heads the LIRR’s largest union. Simon noted that the LIRR still has not installed improved air-filtration systems in cars that it began testing last year.

"It is unsafe to reduce service now and create crowded train cars as riders are beginning to come back to our system," said Simon, general chairman of the International Association of Sheet Metal, Air, Rail and Transportation Workers.

Eng said that even though train cars’ existing ventilation systems are already very effective, the LIRR will continue to promote social distancing, including by adding cars to some trains.