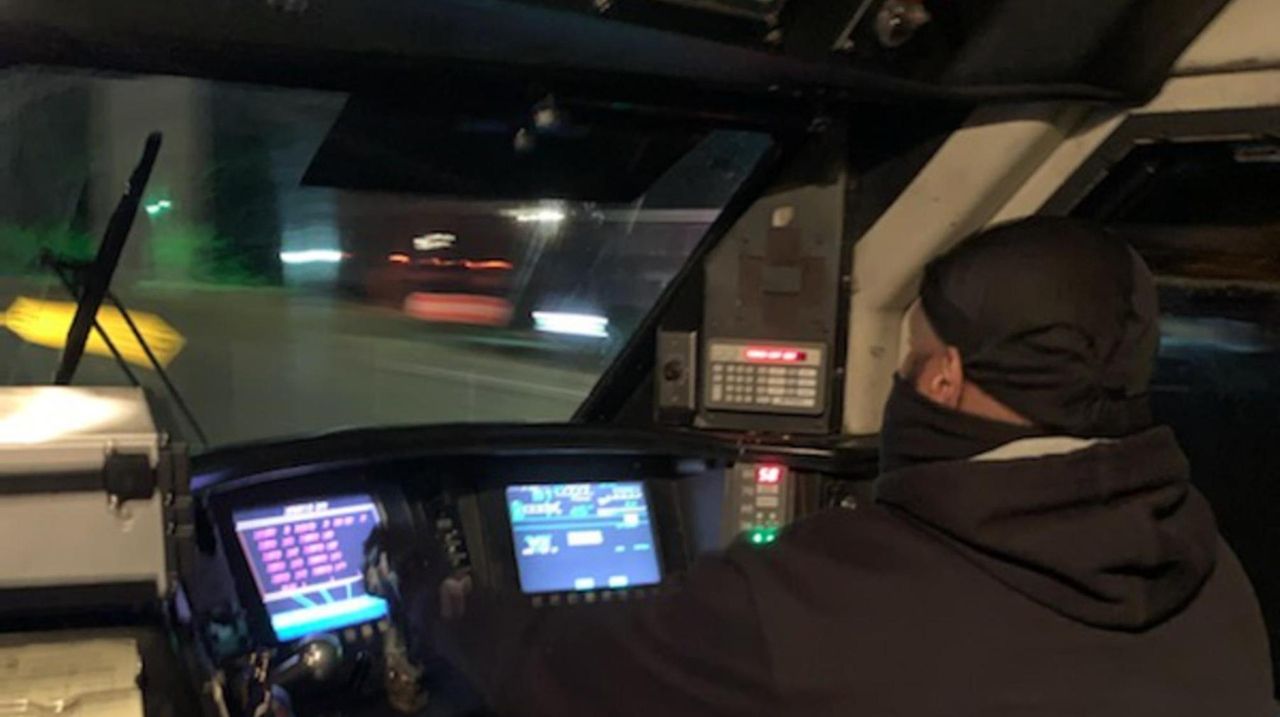 The LIRR says positive train control is already up and running throughout about 98% of its territory, with the last portion set to come online by month's end. Credit: MTA

It has come down to the wire for the Long Island Rail Road to complete installation of federally required crash-prevention technology throughout 305 miles of track by the end of 2020, or it risks massive, daily fines.

But railroad officials vow that the project will get done on time.

With six weeks to go before a Dec. 31 deadline from the Federal Railroad Administration, the new "positive train control" system is up and running in 98% of the LIRR’s territory, with installation finished late last month at the busy Jamaica hub.

The final 5-mile stretch of territory — the railroad’s Harold Interlocking in Queens — is scheduled to come on line by the end of this month. The railroad also has to resolve a compatibility issue before the deadline between its system and Amtrak's, which operates on the LIRR’s tracks in Queens.

"The finish line is in sight," Eng said at a meeting of the Metropolitan Transportation Authority Board on Wednesday. "We remain confident that we will be successful and in compliance with the FRA deadline."

Positive train control, also known as PTC, was ordered by Congress in 2008 — after a California train crash — to prevent rail collisions. The system uses communications technology installed in trains and along tracks to automatically slow down or halt trains that violate signals. The National Transportation Safety Board has said, over the last 10 years, PTC could have saved the lives of at least 60 people killed in train accidents — including four who perished in a Dec. 2013 Metro-North Railroad derailment in the Bronx.

More than 60 other passengers were hurt in that accident, including Steven Ciccone, who said Friday that the MTA’s expected completion of PTC on its two commuter railroads — the LIRR and Metro-North — is "disgustingly too little, too late."

"Of course, it’s wonderful and remarkable that we’re now protecting and saving lives going forward, but you can’t undo a tragedy. You can’t get those children back their father or their mother," said Ciccone, 37, of Portsmouth, Virginia, who suffered multiple injuries when his train car came off the tracks as it entered a curve, and rolled down an embankment.

Ciccone sued the MTA and reached an undisclosed settlement last year. He remains dubious that the PTC project will be completed.

The LIRR has twice been granted extensions from an original 2015 federal deadline to install PTC. Railroads in violation could be hit with fines of as much as $28,000 a day.

The FRA in a quarterly report published Wednesday said that PTC is operational in 99.6% of the nearly 58,000 miles of tracks throughout the United States. Of the 40 railroads covered under the law, the FRA considers one is at risk of missing the Dec. 31 deadline — New Jersey Transit, which shares Penn Station with the LIRR and Amtrak.

"I’m incredibly proud of the intensive collaborations we have forged. Once complete, railroads, rail workers, and rail passengers will all benefit from this transformational accomplishment in railroad safety," said Ronald Batory, administrator for the FRA, which last month approved the LIRR’s PTC "safety plan" — another key milestone in meeting the federal mandate.

The LIRR’s eleventh-hour progress follows years of delays, cost overruns, and botches in the design and installation of the technology. After spending years unsuccessfully petitioning for an exemption from the federal law, the MTA finally hired a company to carry out its PTC project in November 2013 — 5 years after the federal law was passed, and just two years before the original deadline.

Congress moved that deadline to Dec. 2018, and then to Dec. 2020, for railroads that had made sufficient progress.

The LIRR hit another major snag last year when its PTC contractor, a joint venture of Bombardier Transportation/Siemens Rail Automation, revealed that it recalled hundreds of "undercar scanner antennas" installed on trains because they were not properly calibrated.

Carl Berkowitz, a Moriches-based railroad safety expert, said that if the LIRR had completed the project earlier "some accidents might have been prevented." But he said the delays may have had the unintended benefit of equipping the railroad with more modern technology.

Berkowitz noted that PTC will not address one of the most persistent safety problems — accidents involving trespassers or vehicles on tracks and at grade crossings — but it will go a long way in preventing accidents caused by operators violating signals and speed limits.

"It takes a lot of the human factor out of the hands of the train operators, and into the hands of technology," Berkowitz said. "It’s not the most perfect system, but it’s better than no system at all."

MTA Chairman Patrick Foye on Wednesday suggested that some of the hurdles encountered by the authority's two railroads were the result of the federal government being overly rigid in its requirement for a specific crash-prevention system — overwhelming the relatively new PTC design and manufacturing industry, and driving up costs.

Between its two railroads, PTC is costing the MTA about $1.15 billion, mostly funded through a federal loan.

"Having everybody go through the revolving door at the same time, I think, created leverage on the part of the industry that resulted … in less innovation," said Foye, adding that the agency is assessing the "lessons learned" from the 12-year-long PTC effort. "At the end of the day, they got it done."