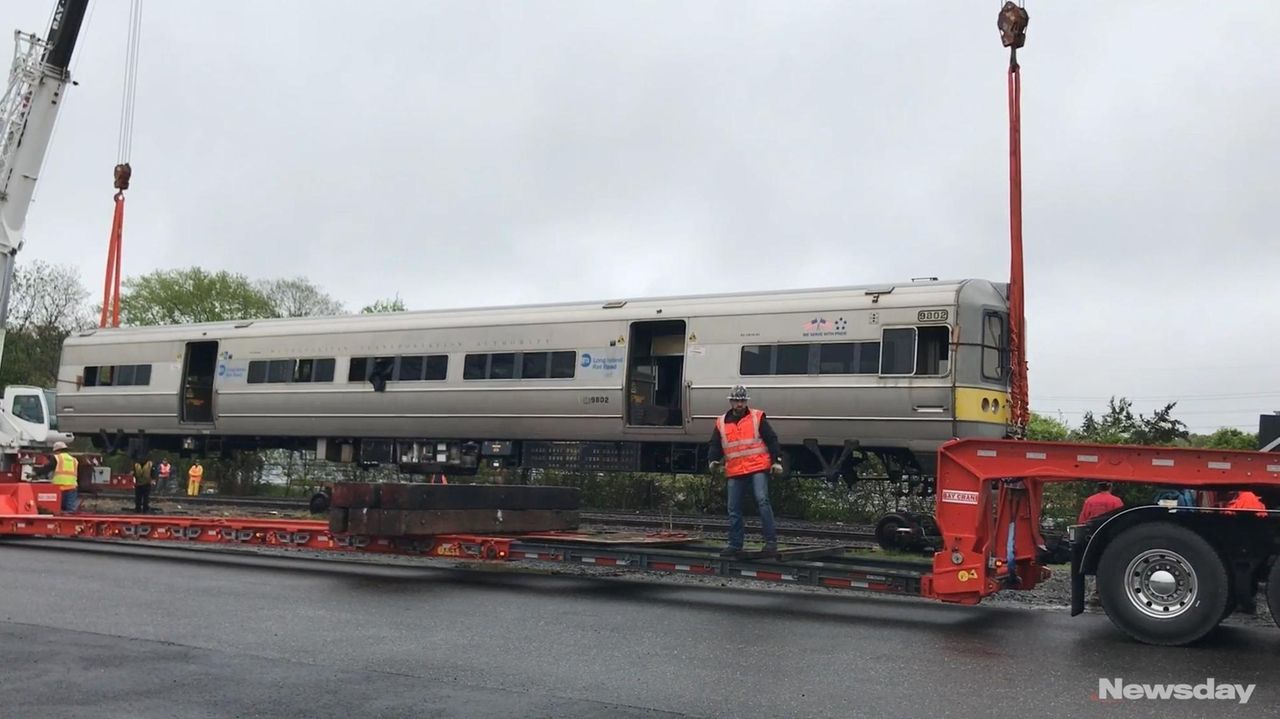 A retired Long Island Rail Road train car departed the Yaphank station Thursday morning — on the back of a flatbed truck — en route to a new career.

The decommissioned rail car was one of two donated by the LIRR to the Suffolk County Fire Academy in the hamlet to be used to train firefighters in responding to emergencies on railroad tracks.

“This goes to safety being the top priority of the Long Island Rail Road,” said LIRR president Phillip Eng, adding that the railroad was “proud” to lend a hand in training volunteer firefighters in Suffolk. “They need these types of areas to practice in the environment where they can . . . actually understand the constraints of responding to emergencies in a tight situation, like a train car.”

Getting the 1980s-era train cars from the LIRR’s tracks at Yaphank to the fire academy about a mile-and-a-half away took extensive planning and careful choreography.

More than a dozen LIRR workers and private contractors using two cranes lifted the 33-ton train cars off the tracks, and then carefully lowered them onto trucks, where they were secured and then slowly transported with the help of police escorts.

The LIRR had already installed a set of tracks at the fire academy to accommodate the two train cars, which will be used to teach firefighters a number of skills needed for responding to train emergencies, including opening train doors and emergency windows, running hoses into train cars, and removing injured passengers on stretchers.

Suffolk firefighters previously traveled to Nassau County to train on LIRR cars donated by the railroad years ago.

“The best type of training we can offer our firefighters is actual hands-on training,” said Joseph Williams, commissioner of Suffolk County Fire Rescue and Emergency Services.

Robert Holly, executive director of the Suffolk Fire Academy, said he expects the training program to be in place by the fall.