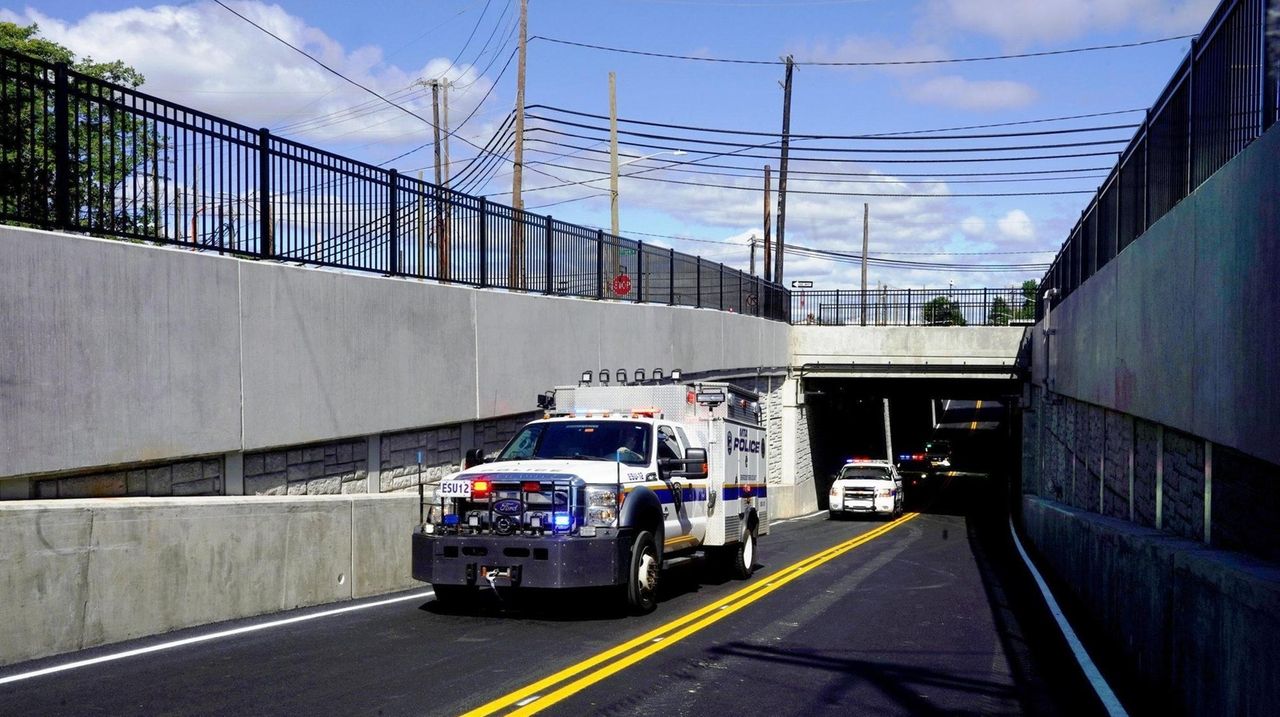 MTA officials on Friday announced they have completed work on the last of eight Long Island Rail Road grade crossing eliminations in Nassau County as part of the $2.6 billion Third Track project.

A new underpass along Willis Avenue in Mineola, below the LIRR’s tracks, was opened to traffic on Friday. It replaces a roadway/track intersection that occupied the corner for decades, causing traffic backups, safety concerns and other inconveniences.

The elimination of the Willis Avenue grade crossing and seven others is part of a broader effort by the railroad to construct a 10-mile-long third track between Floral Park and Hicksville. After being stymied for years by local opposition, the state and the LIRR launched the project in 2016 with the promise of improving communities, in part through the elimination of the crossings.

"No more train horns. No more gates or illegal attempts to go around them. No more local traffic congestion and idling vehicles," LIRR president Phillip Eng said at a ceremony Friday morning. "This is truly ingenuity at its best."

MTA officials noted that before the project commenced, just two grade crossings had been eliminated by the railroad in the previous 18 years. Engineers on the project used new building techniques that allowed the underpass structures to be prefabricated and moved into place over a weekend.

MTA acting chairman and chief executive officer Janno Lieber said the method could be used to jettison other problematic crossings in the future.

"We’re seeing all the benefits [of eliminating grade crossings], and we’re determined that we can extend those benefits more widely across the railroad system," Lieber said.

There are still nearly 290 grade crossings throughout the LIRR system, including several that are more prone to accidents than those recently eliminated, according to the Federal Railroad Administration's Web Accident Prediction System, a database that ranks the potential for collisions between trains and vehicles at grade crossings.

There are no plans to eliminate the seven highest-ranking crossings on the list, including the one with the greatest potential for accidents, at Merritts Road in Farmingdale.

The Third Track project, formally known as the LIRR Expansion, is scheduled for completion by December 2022.