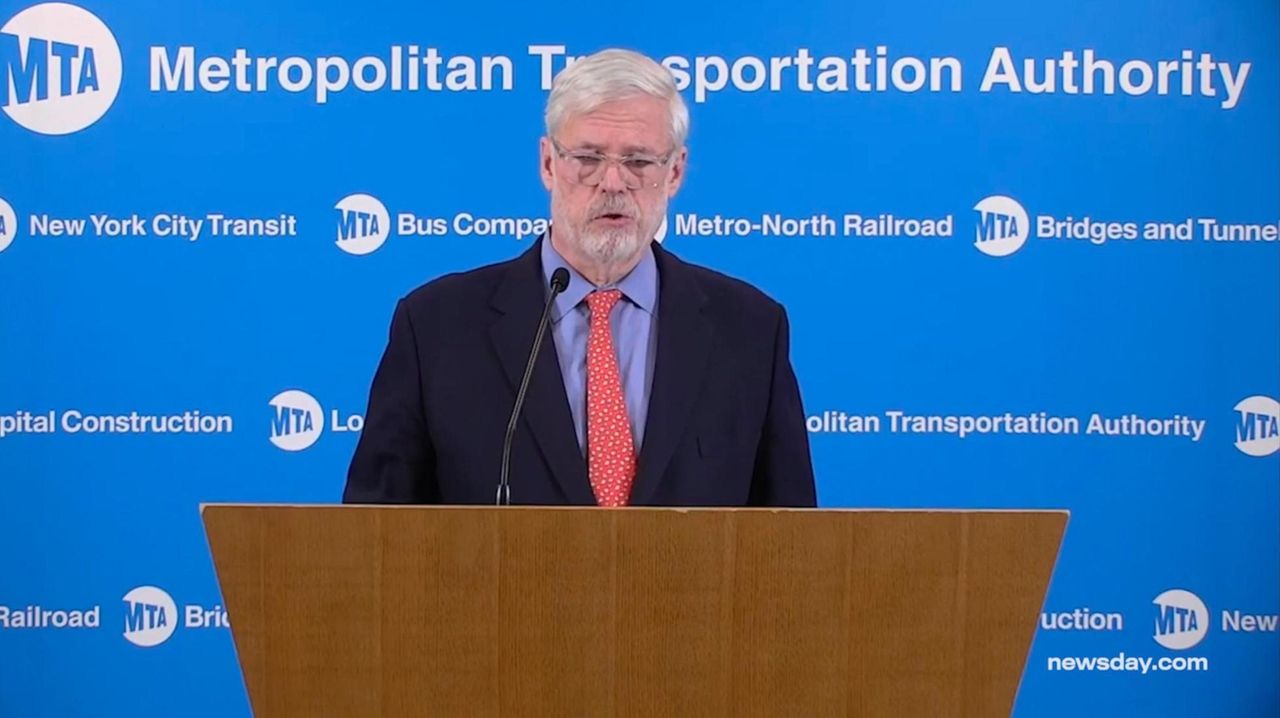 The MTA said Thursday it has suspended an LIRR assistant conductor who was in Washington, D.C., during the Capitol Hill riot. Credit: MTA

The MTA has suspended an LIRR assistant conductor who has espoused right-wing conspiracy theories on social media and who was in Washington during the siege on the Capitol earlier this month.

Steven Rosati, 28, of Lindenhurst, was suspended without pay pending an investigation, the MTA said.

After social media posts surfaced that identified Rosati as being in attendance at the pro-President Donald Trump rally on Jan. 6 that led to a riot, Metropolitan Transportation Authority chairman Patrick Foye said the Long Island Rail Road assistant conductor’s conduct "ought to be investigated, and is being investigated."

Rosati also has espoused right-wing conspiracy theories on social media and called people waiting to get COVID-19 tests "idiots." It's unknown if he participated in the riot, and he has not been accused of any wrongdoing. He could not be reached for comment Thursday.

A video posted on Instagram appears to show a masked Rosati outside the Capitol, surrounded by police and protesters.

Rosati has built a following on social media, including with his "UnfilteredConservative" podcast. On the most recent episode, released a day before the riot, Rosati talked about his plan to go to Washington to be part of the effort to prevent Joe Biden from being certified as president.

"They can’t get away with it. They can’t," Rosati said. "They can't just leave the building and stride to their cars. There's going to be millions of people around them. They're going to be terrified. It is going to scare them that there's millions of us as this is going on. … What happens if Nancy Pelosi steals this election? You think she's going to go out to her car that night?"

In other videos posted to his TikTok account, Rosati — who is responsible for protecting LIRR riders and enforcing the railroad’s face mask policy — chided people waiting in line to get COVID-19 tests for wearing "face diapers" and "falling for a fake pandemic."

"You guys are all idiots," he said to them.

"What he’s said on social media is outrageous, despicable, and a sign that he’s a jackass," Foye said Thursday.

LIRR president Phillip Eng said the railroad is investigating Rosati’s actions "in accordance" with his union’s collective bargaining agreement, and that he has been "relieved of his duties."

"There are codes of conduct, and it’s all part of our investigation," Eng said.

Anthony Simon, general chairman of Rosati's union, the International Association of Sheet Metal, Air, Rail and Transportation Workers, said he could not comment on an active investigation.

Rosati’s suspension comes a week after the MTA suspended Will Pepe, who works for the LIRR’s sister railroad, Metro-North, after he was arrested for allegedly participating in the riot.

Referring to Pepe, MTA spokesman Tim Minton said in a statement: "Participation in the riot, which resulted in deadly violence at the Capitol, was abhorrent to the values of the MTA and New Yorkers, and those who attacked that symbol of American democracy disqualified themselves from working for the people of New York."

Five people, including a Capitol Police officer, died as a result of the riot.