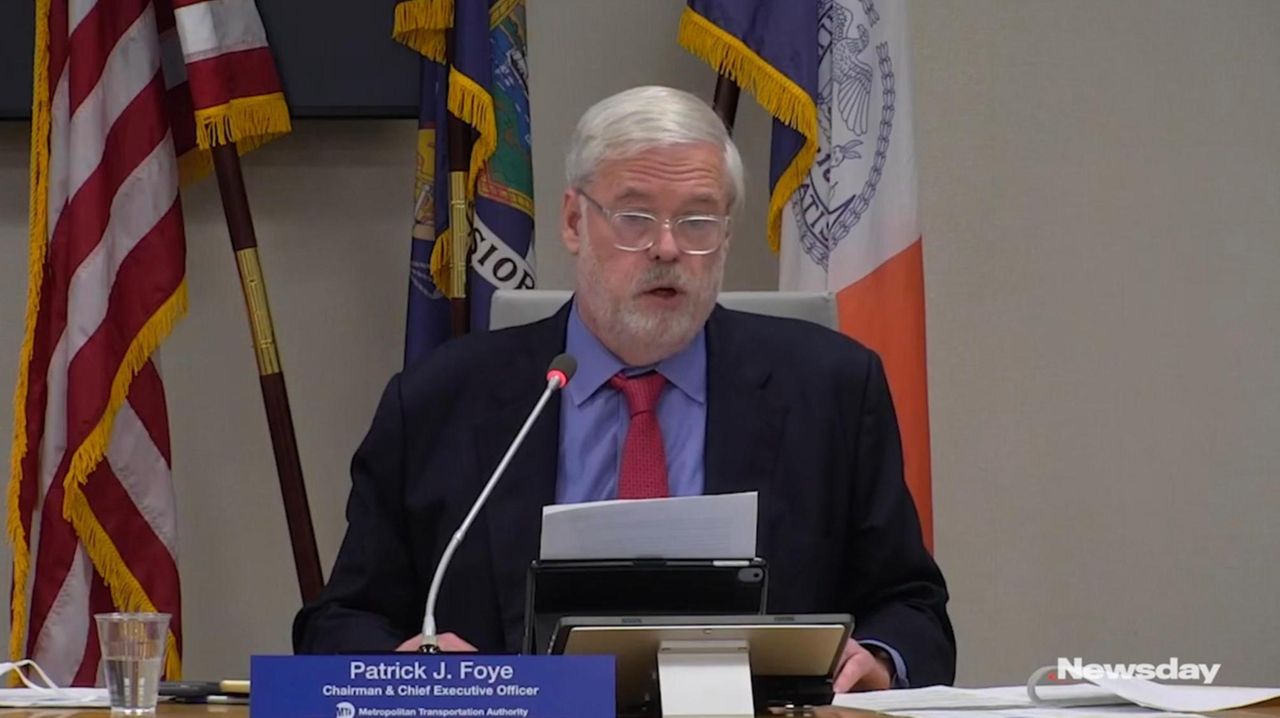 The MTA on Wednesday approved a 2021 budget that counts on an expected $4.5 billion federal bailout. The LIRR also plans to cut service starting in January. Credit: MTA

An expected $4.5 billion federal bailout could help stave off the worst of the MTA's proposed budget cuts next year, but the Long Island Rail Road still plans to cut weekday service by as much as 15% next month, officials said Wednesday.

The Metropolitan Transportation Authority emphasized during its monthly board meeting that the planned cuts on the LIRR are not "budget related," but rather a reflection of the railroad's low — and falling — ridership.

"We're making the temporary adjustment … because the ridership is what it is. The data supports that," MTA chairman Patrick Foye said. "We'll restore service as ridership increases. We have every reason to believe that ridership will increase."

The changes will take effect Jan. 25. While specific schedules are still being developed, LIRR officials said they could include the reduction of midday train frequency on the Port Washington branch from half-hourly to hourly. Weekend service would remain as is, including on the West Hempstead line, which, because of its modest ridership, was targeted for cuts during the MTA's last major fiscal crisis a decade ago.

Because of new technology that uses weight sensors on trains to provide accurate ridership counts in real time, LIRR officials said they will be able to take a more surgical approach to adjusting service than in the past — potentially canceling trains with few riders, and adding cars and stops to other trains to offset disruptions. The reductions will allow the railroad to save money on train maintenance, overtime and energy costs, officials said.

"These changes will provide adequate service to current levels of ridership," LIRR president Phillip Eng said. "As always, we will adjust accordingly, if necessary."

But LIRR ridership, which set a modern annual record in 2019 of 91 million, has remained below 30%, and fallen further in recent weeks.

"With the second wave upon us, we have seen ridership drop once again, to about 24% of normal weekday ridership," said Eng, adding that the reduced service levels will allow the railroad to carry out more infrastructure maintenance and improvement work throughout the system, such as the replacement of concrete rail ties, "and still support the essential workers who form our core ridership."

Lisa Daglian, executive director of the MTA’s Permanent Citizens Advisory Committee, which includes the LIRR Commuter Council, warned of the potential for service reductions — combined with a planned fare increase next year — to push more commuters into cars, and worsen the agency’s ridership woes. She urged the MTA to consider public input before moving forward on any service cuts.

"Transparency engenders trust," Daglian said. "And it’s more important than ever that riders trust the MTA, so they get back onboard."

The MTA Board approved a $17.1 billion budget for 2021 that counts on federal aid to avoid layoffs, service cuts and higher-than-anticipated fare and toll increases. The anticipated $4.5 billion bailout, combined with a $3 billion federal loan scheduled to close on Thursday and internal cost-cutting measures, should fill the budget gap through the end of next year, the MTA said.

If a deal is not reached soon in Washington, D.C., MTA officials said they could schedule hearings as early as next month on service cuts that would take effect in May.

"These are choices none of us here at the MTA want to have to make. But they are choices we may be forced to make if Washington doesn’t deliver," Foye said. "This isn’t a bluff. This is real."

The MTA Board is expected to separately vote next month on the latest fare and toll hike — scheduled before the pandemic — that could raise LIRR ticket revenue by an average of 4%.

How to get a COVID-19 vaccine appointment
3:19 UBS Arena: What we know so far about the Isles' new home
44:58 Panel: Standardized tests must inform instruction
Ann Marie Drago sentenced to 9 months in jail in death of anti-gang activist
4:04 COVID-19: From 799 deaths in one day to vaccine being 'passport' back to normalcy
Babylon removes pot possession from public nuisance law
Didn’t find what you were looking for?