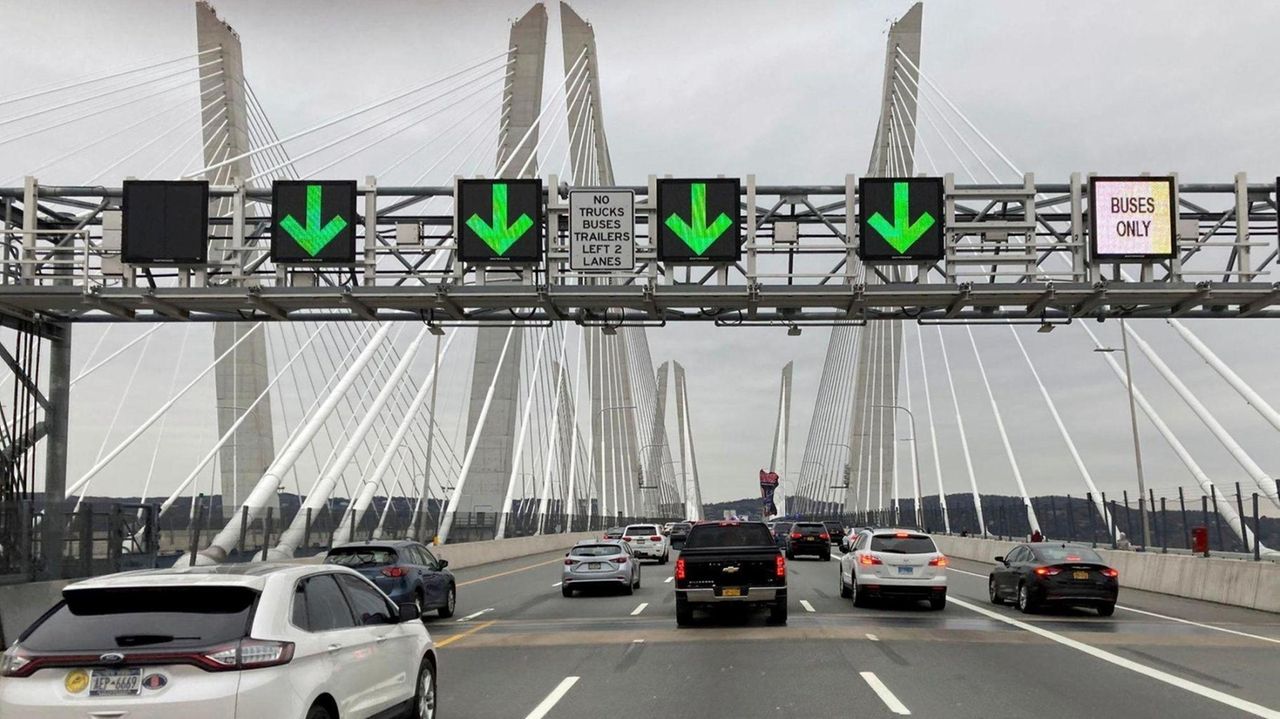 Drivers soon will pay more to cross New York City’s bridges and tunnels — and will be hit with a new surcharge if their E-ZPass tags are not properly mounted, MTA officials said.

The Metropolitan Transportation Authority Board on Thursday approved the toll hike, which will increase rates at crossings by about 7%. On major crossings, including the Queens Midtown Tunnel and Throgs Neck Bridge, E-ZPass tolls will climb 43 cents, to $6.55.

The new rates, which will take effect in April, will generate $116 million in new revenue each year, the MTA said.

Although E-ZPass customers — who make up about 95% of toll payers — will continue to pay less than those without the automatic toll payment system, the MTA, for the first time, will penalize customers who are enrolled in the E-ZPass program, but don’t have their tags properly mounted when they cross a bridge or tunnel.

The new "mid-tier" toll rate will charge drivers $8.36 for major crossings — the midpoint between the E-ZPass and non-E-ZPass toll amount. MTA vice president Mark Young said the new rate aims to address the "laborious" process the MTA has to go through of reconciling accounts when an E-ZPass customer is charged the non-E-ZPass rate because they did not properly display their tag. Young said the change aims to save the MTA about $4.9 million.

The new rates came despite the MTA last month postponing a simultaneous fare increase, including on the Long Island Rail Road and New York City buses and subways. MTA officials cited the economic impact of the pandemic on customers in their decision to put off the fare increase.

MTA chairman Patrick Foye said that while overall public transportation ridership remains at around 30% of pre-COVID levels, traffic at bridges and tunnels rebounded at a faster rate, and, on some days, is only about 10% lower than before the pandemic.

Shelia Dunn, spokeswoman for the National Motorists Association — a nonprofit driver advocacy group — called the toll hike a "travesty" that could result in New Yorkers having to pay more in other ways, as service providers and delivery workers pass on their added travel costs to customers.

She added that the new E-ZPass surcharge is "in bad form," because it assumes it's the fault of the drivers — and not the MTA's technology — that a tag isn't recognized. "I think it actually breeds distrust of government officials," Dunn said.

Foye said MTA officials "don’t take the thought of raising tolls lightly, either, but the planned increase will help us maintain essential service throughout the MTA system."

Following the MTA's most serious financial crisis in its history last year, Foye said the agency's improved financial footing removes the threat of severe service cuts and layoffs both this year and next.

Foye on Thursday also called on the NYPD to step up patrols on city buses and subways following a "shocking and tragic" stabbing spree last weekend along the agency's "A" subway line that left two people dead and two others seriously injured.

Foye has asked the NYPD to commit another 1,000 officers to its transit bureau to help address violent crimes, which have persisted even as ridership has plummeted during the pandemic. There were six murders in the New York City Transit system in 2020, twice as much as in 2019. Felony assaults fell by about 5%, even as weekday ridership fell by 63% as compared to the previous year.

Tony Utano, president of the Transport Workers Union Local 100, the MTA’s largest labor organization, said the MTA should do its part by nixing plans to reduce the number of uniformed subway station agents during certain periods of the day — workers that, he said, provide "extra sets of eyes and ears" to watch over commuters.

"Nobody feels safe in the subways — not the riders, and certainly not the workers," Utano said.