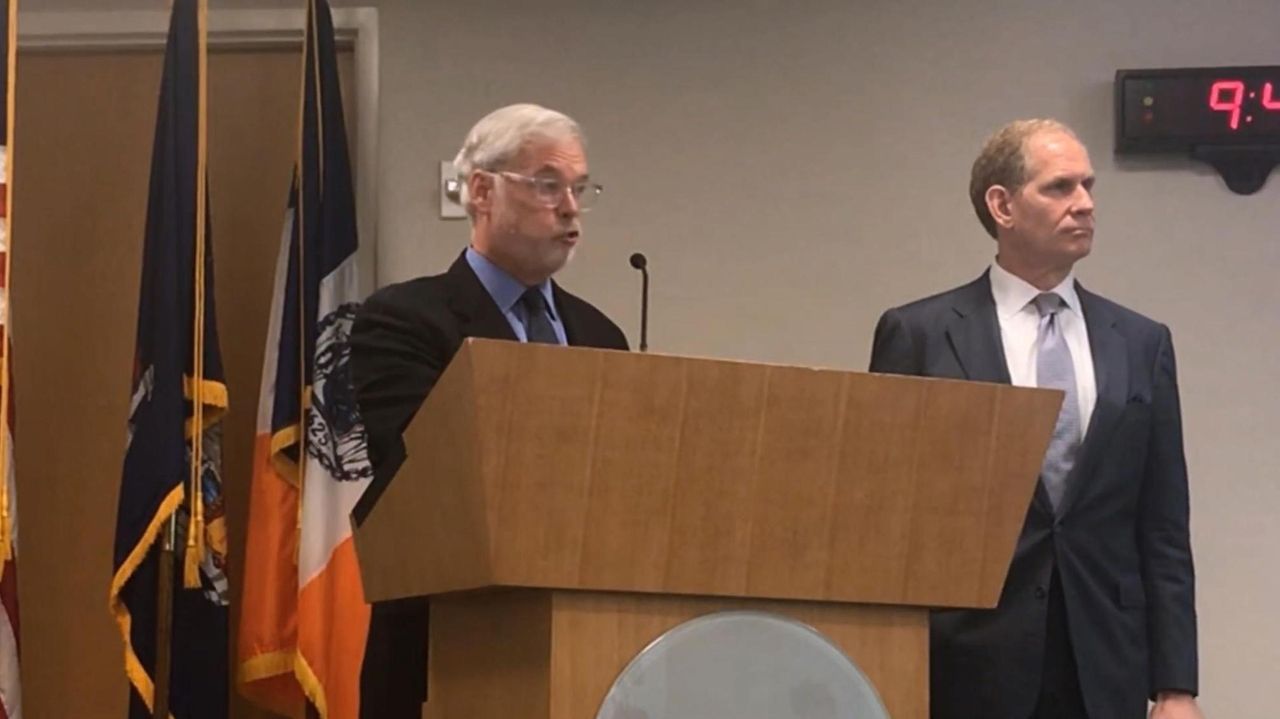 The Metropolitan Transportation Authority plans to spend an unprecedented $51 billion during the next five years to improve and expand its infrastructure, including $5.7 billion for the LIRR to modernize switch and signal systems and purchase another 160 train cars, the agency said Monday.

During a media briefing at the MTA’s Manhattan headquarters, authority chairman Patrick Foye called the proposed 2020-24 Capital Program a “historic and transformational plan for our customers," and “by far” the largest in the agency’s history. Foye said the plan includes “most, if not all” of the priorities set forth by riders in recent years.

“The next five-year plan will include unprecedented levels of investments, equitably distributed among the MTA’s subways, buses, commuter railroads, and bridges and tunnels,” Foye said. “The result is a plan that will build on the approach and institutionalize the successes of the Subway Action Plan across the MTA, and finally modernize and transform subways, buses and commuter rails into a 21st century, efficient, accessible and reliable system for our customers.”

The MTA said it will fund the plan through a combination of its own revenue sources — including an estimated $15 billion from new congestion pricing tolls in Manhattan — and through federal, state and city government contributions. The plan is expected to be voted on by the MTA Board next week, after which it would go before the state's four-member Capital Program Review Board for final approval.

Although the majority of the budget — $40 billion — will be dedicated to New York City buses and subways, including for the completion of the second phase of the Second Avenue Subway project, the LIRR also stands to receive more capital funding than in any previous plan.

The railroad will spend $364 million on signal and communication improvements, including the replacement of 32 percent of all track switches and 21 percent of track circuits and upgrading signals and track interlockings on three branches. MTA officials said the investments will bring 90 percent of the LIRR’s track assets to a “state of good repair.”

The LIRR also will spend $487 million on 160 new M9A train cars, which should be a step up from the M9 cars that made their debut last week. The railroad said the expansion of the fleet will add at least 25,000 seats for commuters. The LIRR already has purchased 202 M9 trains at a cost of $550 million.

The railroad also will purchase about 20 new diesel coach cars and 10 new diesel locomotives to supplement its fleet in portions of the system that are not electrified.

Despite elected officials throughout the LIRR's "diesel territory" pushing for years for the electrification of the Port Jefferson and Oyster Bay branches, the program only includes funding to electrify the railroad's Central Branch — a little-used, north-south link between its Main Line and Babylon Line. Powering up the Central Branch will allow the railroad to more frequently run trains between Babylon and Hicksville, including when there is a service disruption on one of the lines.

State Sen. James Gaughran (D-Huntington) said that while he was "encouraged" by the record spending for the LIRR, "I sincerely hope the MTA and LIRR leadership take the need for electrification seriously and move forward toward aggressively pursuing this goal."

The program also includes funding for the LIRR to complete its two ongoing megaprojects — the $11.2 billion East Side Access link to Grand Central Terminal and its $2.6 billion Third Track between Floral Park and Hicksville, and for other long-term initiatives, like centralizing train dispatching operations and advancing the ongoing reconfiguration of Jamaica Station.

Details of the capital program were widely applauded by transportation advocates and lawmakers in the Democratic-controlled State Legislature. State Sen. Todd Kaminsky (D-Long Beach) said the "robust" spending plan "is exactly what is required to ensure that Long Islanders have a commuter rail system that is fit for the 21st century."

Mitchell Moss, director of the Rudin Center for Transportation Policy and Management at NYU, called the plan "a genuine blend of intelligent priorities and serious money."

Mark Epstein, chairman of the LIRR Commuter Council, said that while the plan exhibits “a serious understanding of the problems of the system,” it is short on specifics for the railroad, including the locations of switches, signals and stations slated for improvements.

“It is a real investment in the Long Island Rail Road’s future. For that, we tip our hats,” Epstein said. “But before we empty our wallets out, we need to get more details.”

In a statement, Gov. Andrew M. Cuomo said he will “review the details of the plan to make sure it fulfills” the priorities he laid out for the MTA last week, including improving signal technology, increase accessibility, addressing quality of life concerns like homelessness and fare evasion, and ensuring equity for the LIRR.

WHAT'S IN IT FOR THE LIRR?

Here's a sampling of what some of the LIRR's proposed $5.7 billion would be used for:

Includes funding for the purchase of 160 new M9A electric train cars, about 20 diesel coach cars, and about 10 diesel locomotives.

Includes plans to add handicapped accessibility to as many as seven LIRR stations; upgrades at more than 20 stations, including platform, elevator and escalator replacements.