An LIRR train arrives at Penn Station. The MTA says it will offer fare discounts averaging 25 percent for customers willing to commute to and from Brooklyn or Queens this summer. Credit: Jeff Bachner

The MTA’s announcement Tuesday that it will discount tickets by an average of 25 percent for Long Island Rail Road commuters willing and able to avoid Penn Station during Amtrak’s prolonged track repairs drew criticism from customers, some of whom said the fare reduction should be extended to every rider affected by the ‘‘summer of hell.”

A day after Gov. Andrew M. Cuomo urged the LIRR to provide fare breaks for customers whose trains will be diverted from Penn during the track outages there, the MTA said in a statement that it would reduce the costs of all monthly, weekly and daily tickets to and from Atlantic Terminal, Nostrand Avenue, East New York, Hunterspoint Avenue and Long Island City from July 10 until the end of Amtrak’s work.

That is expected to be by Sept. 1. LIRR ticketholders will be able to transfer to key subway lines free at Hunterspoint Avenue, Jamaica and Atlantic Terminal during the morning rush.

“We believe that this move will mitigate the inconvenience that our customers may experience, and have the added benefit of drawing customers away from Penn Station while Amtrak performs repair work,” MTA interim Director Veronique Hakim said in a statement.

The plan aims to provide an incentive to LIRR customers to avoid Penn Station, which will be operating without three of its 21 tracks throughout the summer. However, several commuters cried foul that the discount won’t be extended to all customers, including those who will have to endure canceled trains and heavy crowds, and those for whom commuting to and from Brooklyn or Queens is not a realistic option.

Others said the fare discounts shouldn’t be tied to Amtrak’s summer work at all.

“This is fine — to give a discount for problems during construction. But what about all the delays the past few months?” said Lynne Denis, of East Moriches, who has been commuting on the LIRR more than 30 years. “Do they really think they are giving anything away? They are trying to pull a fast one on the commuters.”

MTA officials said, in addition to providing an incentive to avoid Penn, the fare-discount plan also aims to compensate the customers who will be most affected by the service disruptions — those whose regular Penn Station trains will be diverted to Atlantic Terminal or Hunters Point.

As part of the plan, the alternative New York City stations, including Atlantic Terminal, will have their designations changed from “zone 1”—the same as Penn—to “zone 3.” 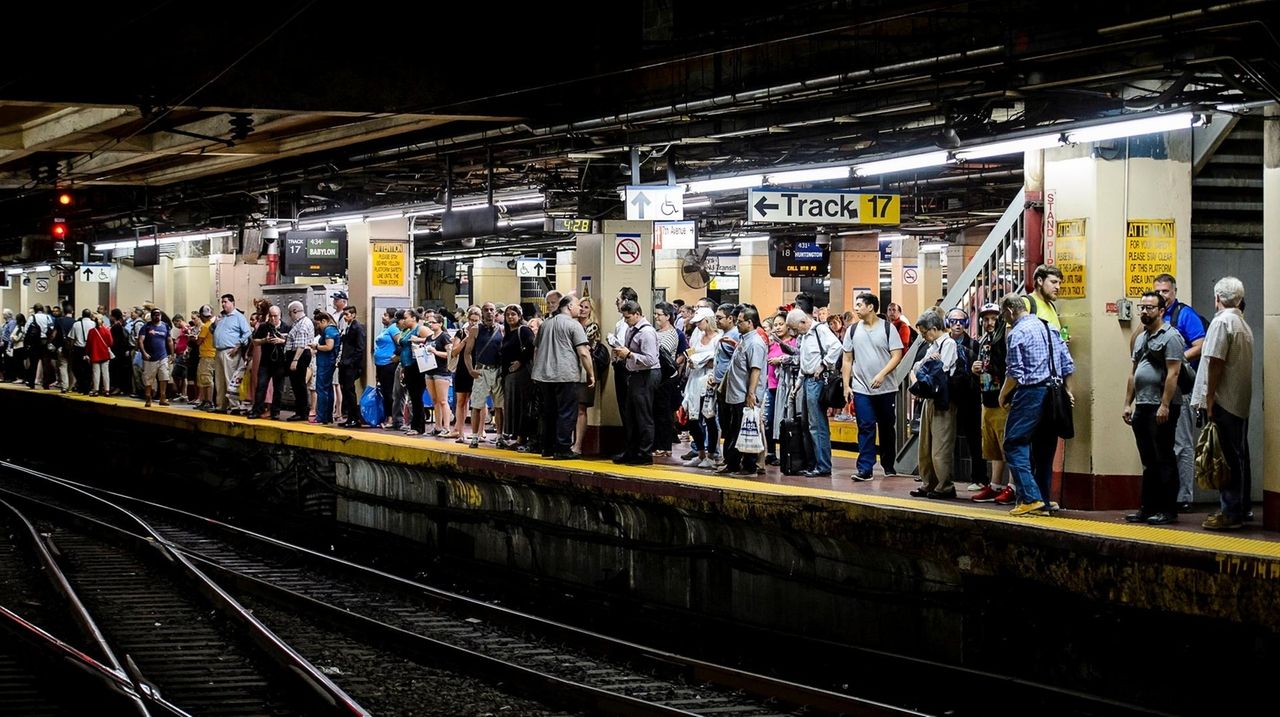 The discounted monthly tickets are already available at ticket windows, vending machines and through the Mail & Ride program. Customers who have already received their July ticket in the mail will receive information on how to exchange it free, MTA officials said. Discounted tickets will be available via MTA eTix starting July 1.

An MTA spokesman said the agency had not calculated how much the discount program will cost the LIRR in lost fare revenue, because it will depend on how many customers opt to commute to and from one of the alternative stations. The MTA said it will seek to recover the cost the railroad incurs this summer from Amtrak, which owns and operates Penn Station.

Amtrak said Monday that the MTA “has no basis” to require Amtrak to pay for its costs, and “shouldn’t presume” that it will do so.

LIRR Commuter Council Chairman Mark Epstein said that while he appreciated the MTA acknowledging that inconvenienced riders deserve a break, giving the discount to only certain riders raises several concerns and questions.

“Let’s say I’m going to Hunters Point Avenue three days a week and Penn the other two. Do I get a discount? Do I not get a discount?” said Epstein, who has criticized the LIRR for not seeking input from commuters and advocates in its plans. “These are issues that we would have brought up. That’s why you need somebody in the room who is actually using the system.”

Also on Tuesday, Cuomo advanced legislation to give the state majority control of the MTA and thus the responsibility and authority to address the current crisis. The measure would add two state seats to the MTA Board appointed by the governor and an additional vote for the chairman. Of the new board’s total voting members, it would now give the state eight appointees and nine votes.

Currently, there is no voting majority on the MTA.

“Complex projects don’t get effectively managed by unanimous agreement of large political bureaucracies,” Cuomo said in a statement. “We don’t have 10 years to do this ... the state needs the authority.” 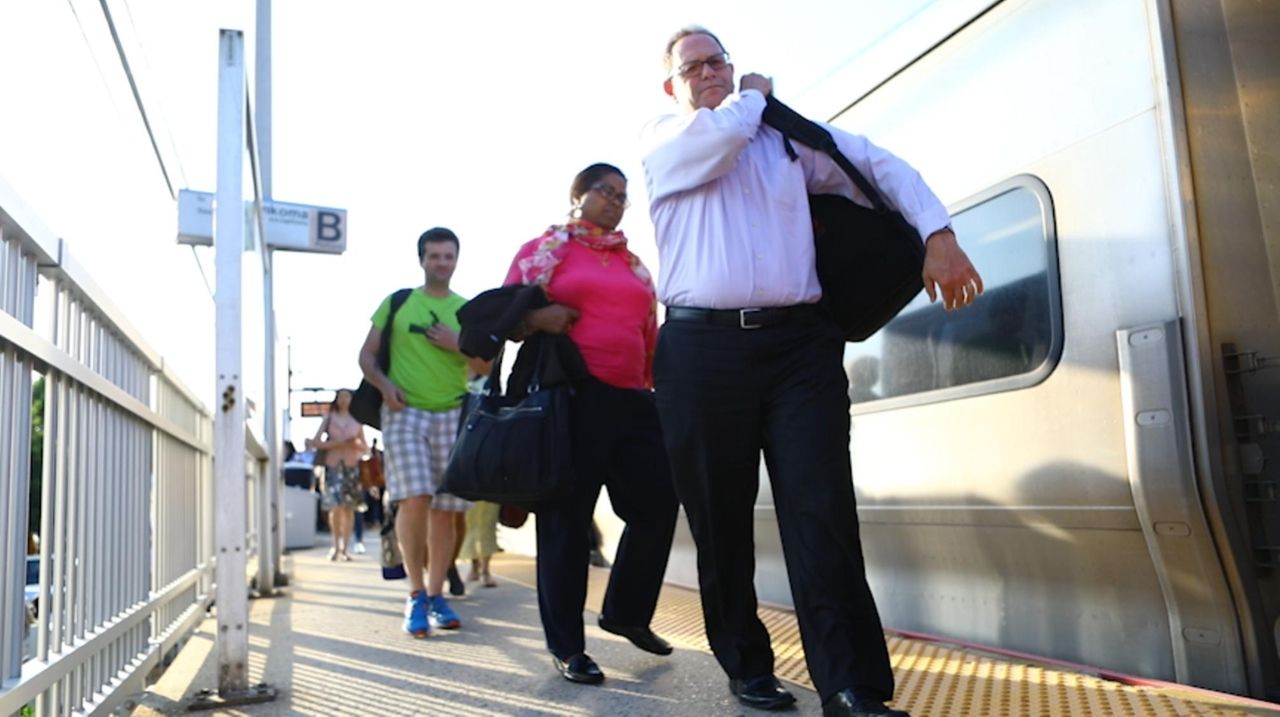 LIRR delays causing problems for Long Islanders The economic pain from Penn Station's crumbling infrastructure and the Long Island Rail Road's service disruptions could last years, rippling beyond train riders and the businesses where they work.  Newsday talked to two commuters from Bethpage and how the LIRR has affected their lives. Credit: Newsday / Raychel Brightman