A vote on how to fund part of the latest $1 billion cost overrun in the MTA’s East Side Access plan stirred tensions Wednesday among Metropolitan Transportation Authority officials about how forthright project leaders have been about the ballooning cost of the plan to link the LIRR to Grand Central Terminal.

Despite expressing serious concerns about the growing size of East Side Access, though — the project is now estimated at about $11.2 billion — MTA board members ultimately reaffirmed their commitment to the megaproject, which they said is too important and too far along to abandon now.

Earlier this month, the MTA revealed that its budget for East Side Access had grown by another $955 million, driven in part by management errors and delays MTA officials blamed on a lack of promised cooperation from Amtrak at a critical worksite in Queens. Although the price tag has climbed, MTA officials say the project is still on target to be completed by the end of 2022. 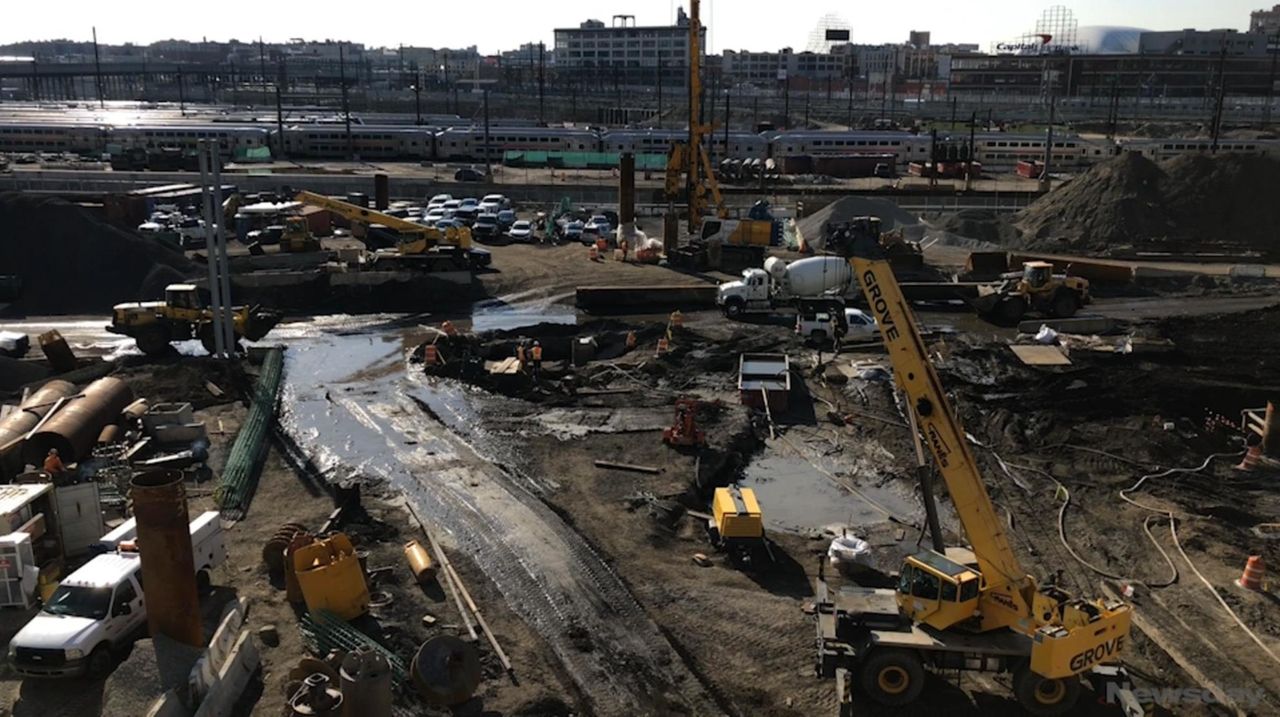 MTA: East Side Access cost balloons to nearly $1 billion The cost of the East Side Access project to bring the LIRR to Grand Central, has ballooned by nearly $1B, the MTA revealed Wednesday in an exclusive tour of the Manhattan site. The project, which began in 2007 and had been projected to cost $10.2B before the latest overrun of $955M, is still on track to be completed by 2022, officials said Credit: Newsday / Alfonso Castillo; Charles Eckert

The MTA aims to fund most of the latest cost overrun in its next five-year capital program, set to begin in 2020. But the agency’s board on Wednesday voted to make various amendments to its existing capital program, which now totals about $33 billion, to make a down payment of about $157 million toward the new cost increase.

Those changes included deferring various East Side Access-related projects to future capital programs, including the development of a new LIRR station in Sunnyside, Queens. The status of that station, which would aim to serve burgeoning commercial and residential areas in Long Island City, is unclear now.

Although the board ultimately voted 11-2 in favor of the amendments, several board members said they were dismayed by the MTA’s handling of the situation. Board member James Vitiello, who represents Dutchess County, said he was “particularly frustrated” that the latest cost overrun was disclosed nine months after the board separately voted to approve amending the capital program to add the LIRR’s $2 billion plan to build a third track between Floral Park and Hicksville.

“It seems we’re consistently put in the position of needing to vote without a complete picture,” Vitiello said. “When we incur another billion dollars, alarm bells should be going off and we should be deeply concerned.”

Earlier this week, New York Mayor Bill de Blasio similarly accused the MTA of withholding news of the East Side Access cost increase until after the agency secured a commitment from the city to fund about half of a $800 million plan to improve subway service. MTA Chairman Joseph Lhota on Wednesday called the claim “hogwash” and “outrageous.”

With little choice but to move ahead with East Side Access, which is about 75 percent complete, MTA board members said the agency, going forward, has to work harder to rein in costs and become more accountable for the project.

Polly Trottenberg, an MTA board member and New York City’s transportation commissioner, said that means no longer pointing fingers at Amtrak for problems that arise.

“We need to sit down and rationally decide how we can work that out, and not just play the blame game,” Trottenberg said. “We need to go back to the drawing board and see if we can find ways to cut the cost of this project, which is now at over $11 billion and counting.”

East Side Access price tag now stands at $11.2B The Metropolitan Transportation Authority is blaming much of the latest $955 million budget increase on Amtrak.