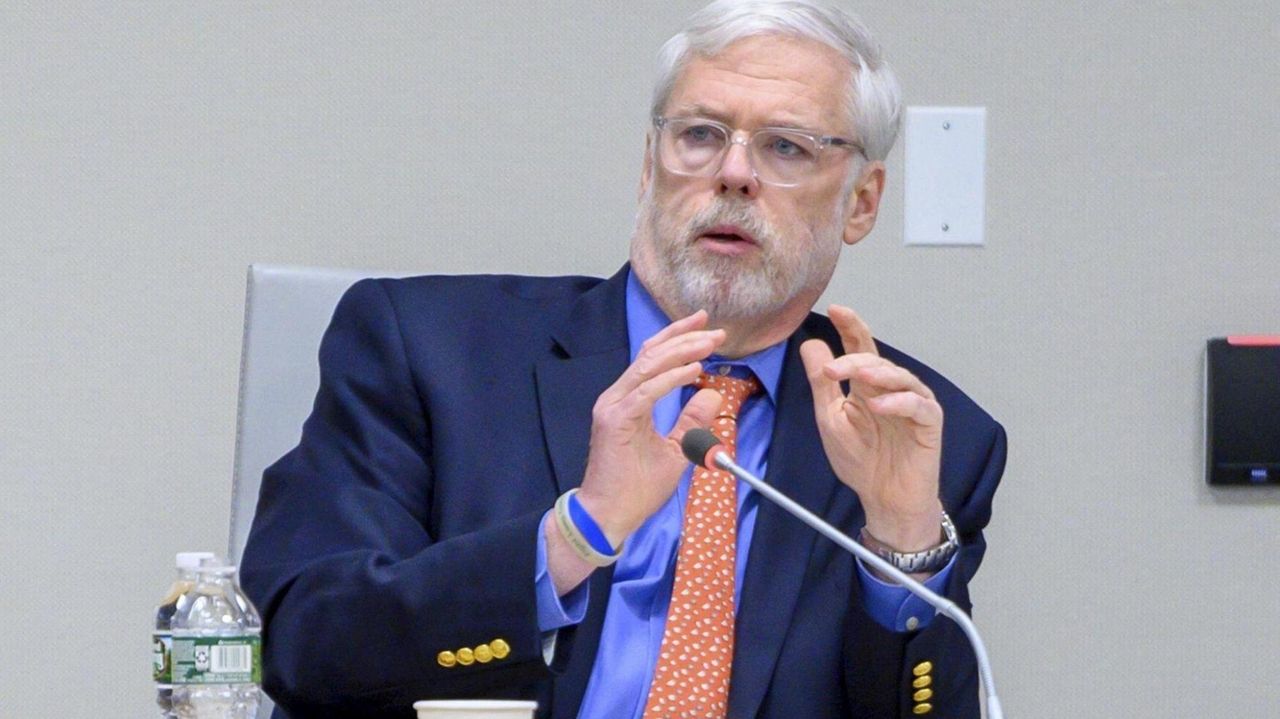 The Metropolitan Transportation Authority's board, frustrated with the installation of federally mandated crash prevention technology for the Long Island Rail Road and Metro-North Railroad, on Wednesday threatened to fire its contractor if its CEO doesn't show up at its next board meeting.

At a Manhattan meeting of the MTA, board member Laurence Schwartz told representatives from Siemens Mobility Inc. that if its chief executive, Joe Kaeser, does not attend the agency's next board meeting in May to answer questions about problems with the installation of positive train control technology and offer assurances about the project, Siemens would be "fired."

Informally polled by new MTA Chairman Patrick Foye on Schwartz's proposal, board members unanimously gestured they would support severing business ties with Siemens, an international technology conglomerate that Foye said has been awarded "hundreds of millions of dollars" in contracts by the MTA over the years.

That includes a $440 million contract awarded in 2013 to a joint venture of Siemens and Bombardier Transportation to design and install a positive train control system, or PTC, for the LIRR and Metro-North. PTC works by having the antennas on trains communicate with radio transponders installed along tracks to automatically slow down or stop a train that goes too fast or violates a signal.

The rare step of "debarring" a contractor would exclude Siemens from future consideration for contracts with the MTA.

"I think they and their counterparts may take our business for granted," said Foye, adding that it would be up to the MTA's lawyers to figure out the logistics of parting ways with Siemens. "Our preferred solution is to get the project done."

Siemens officials would not say Wednesday if Kaeser, who is based in Germany, would attend the MTA meeting scheduled for May 20. In a statement, the company, which reported nearly $70 billion in earnings last year, said it is "committed to providing MTA — and all of our — customers with the highest quality intelligent infrastructure technologies that result in safe, reliable and efficient transportation for their passengers."

The latest dust-up with the contractor came after Siemens, while in the process of addressing a calibration error that resulted in the recall of about 1,000 "undercar scanner antennas" needed for PTC, realized it had made another mistake in how it was installing a related electrical component — soldering them onto circuit boards rather than bolting them, as specified by the manufacturer. The goof will require making additional repairs to the recalled antennas.

The original recall stemmed from the discovery that equipment used to test the antennas had not been calibrated in three years. Siemens officials said they also found out that the employee responsible for tuning one of the components of the recalled devices was only following the proper protocols when he knew he was being observed during quality control audits.

The MTA also has blamed the contractor for several other mishaps in the PTC project, including late-arriving and defective software and inadequate staffing. MTA officials have said despite the numerous errors — and a looming federal deadline to complete the project — the PTC contractor is not approaching the project with the needed urgency.

"I didn’t see any outrage," Foye said of a recent meeting with Siemens' representatives. "The outrage is all on the MTA's, Long Island Rail Road's and Metro-North's parts."

In a statement, Siemens officials said they are working with the MTA "to address the matter as quickly as possible and have completed a comprehensive review of the entire assembly process with engineering, quality, and manufacturing prior to restarting our production line.”

Siemens said it is also adding personnel and other resources to complete the project on time. MTA officials have said the latest blunder further sets back the delay-plagued project by several weeks.

Under the U.S. Rail Safety Improvement Act of 2008, which stemmed from a Chatsworth, California, commuter train crash that killed 25 people, railroads were required to have PTC in place by the end of 2015. When it became apparent that most railroads could not meet the deadline, federal lawmakers agreed to push it to 2018. Having encountered various delays, the LIRR last year sought and was granted another extension until 2020 to complete the project. Missing the deadline could result in fines as high as $27,904 a day.

Despite the latest glitch, MTA officials said they still expect to meet the deadline.

On Wednesday, Sen. James Gaughran (D-Northport), who has chided the MTA for allowing the various PTC problems to occur, praised the MTA for what he called "a dramatic shift in tone."

“There is an oversight responsibility that every government agency has, including the MTA, over contractors,” Gaughran said. “You’ve got to see what they’re doing, spot check what they’re doing, constantly review . . . because, if you don’t they’re going to probably cut corners.”