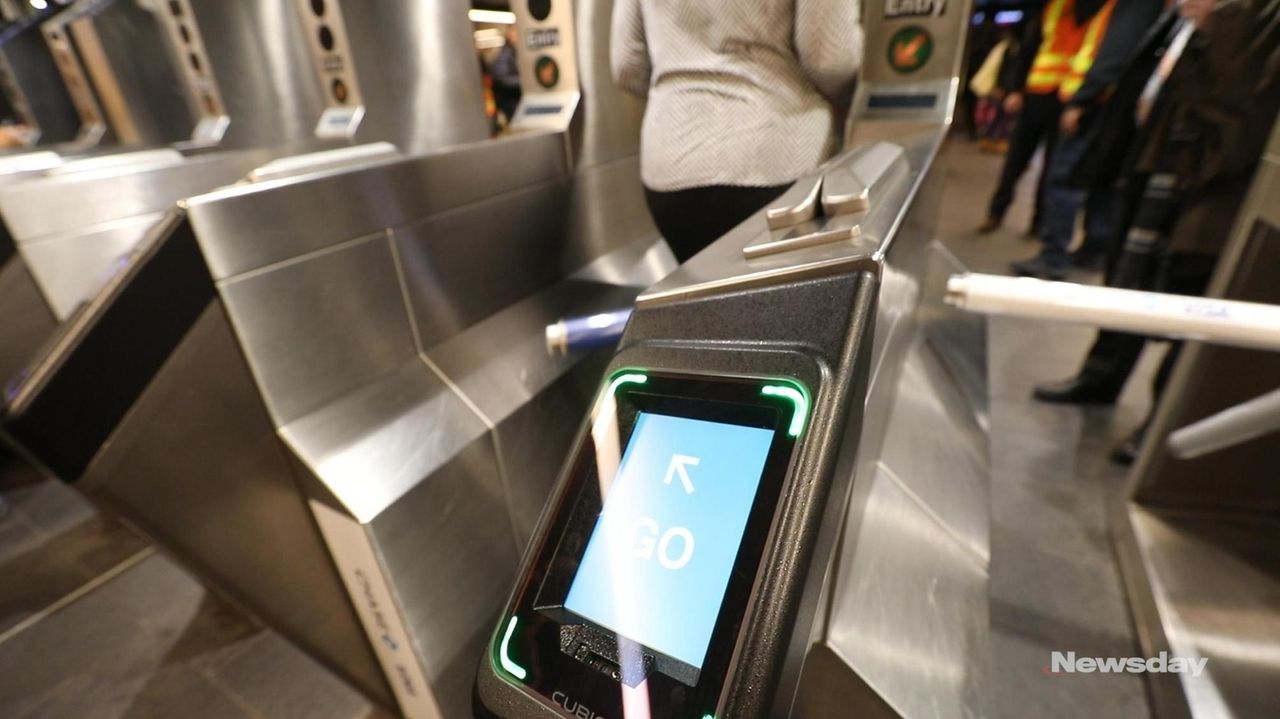 OMNY — an acronym for One Metro New York — aims to replace the Metropolitan Transportation Authority’s quarter-century-old MetroCard fare system with one that allows customers to pay their fares with a tap of a credit card or mobile device.

Since testing the system at a few select subway stations and on bus routes this year, the MTA has recorded more than 4 million taps. The introduction of OMNY at Penn kicked off the systemwide rollout of the system, which MTA officials said will be in place at all city subway and bus routes by the end of 2020.

The OMNY system, which is costing the MTA about $645 million, aims to improve on the aging MetroCard system by giving customers more options and by eventually streamlining fare systems across various public transportation systems.

The availability of the OMNY sensors for Penn’s 1, 2, 3, A, C and E subway lines is particularly significant for LIRR commuters, about half of whom use the subway.

“We are now making OMNY accessible to a whole new market,” MTA New York City Transit president Andy Byford said. “It saves time and it’s flexible and it’s easy and it gives the customer choice in how, when and where you pay your fare.”

Long Island commuters will become more familiar with the fare system when it rolls out on LIRR trains in February 2021. Al Putre, director of the MTA’s new fare system, said OMNY sensors will be able to read electronic railroad tickets, which are currently used by about 30 percent of LIRR riders.

At Penn Station, subway user and occasional railroad rider Leroy Thompson of White Plains said he looks forward to the integration of OMNY throughout the MTA network.

“To cover all the system with one swipe or one tap would be appreciated,” said Thompson, 66, who had mixed feelings about the MetroCard. “Generally, [the MetroCard] works. It does. Occasionally, it does not. You’ll swipe it in somewhere and it works, and maybe at another turnstile it doesn’t.”

The LIRR said the relocation is necessary as it advances work on a major renovation of Penn that will “widen the concourse, improve pedestrian flow and decrease crowding while introducing natural light into the station.” The project is scheduled for completion by late 2022.

Francisco Romero, who formerly lived in Montauk but now resides in Miami, stopped by the new ticket office Wednesday while visiting family.

“It was really good, very quick,” Romero said. “It was actually easier than before.”