Measures being considered by the Metropolitan Transportation Authority to survive the financial toll of the COVID-19 pandemic could erase years of progress toward improving Long Islanders’ commutes, experts said, including making LIRR service less convenient and more expensive in some communities, and extinct in others.

Some of the options in what the MTA has called the "doomsday" budget are: the highest fare increases in at least seven years; shuttering more of the system’s few remaining ticket offices; deferring two key infrastructure projects; and cutting Long Island Rail Road service by 50%, potentially eliminating some branches.

While the plan is short on specifics, railroad president Phillip Eng warned that "there isn't any painless way" to cut so deeply.

"We already know, today, that those specifics — whatever they are — will not be good," Eng said. "It's simply not possible to cut the budget by 50% and have it be anything other than catastrophic." 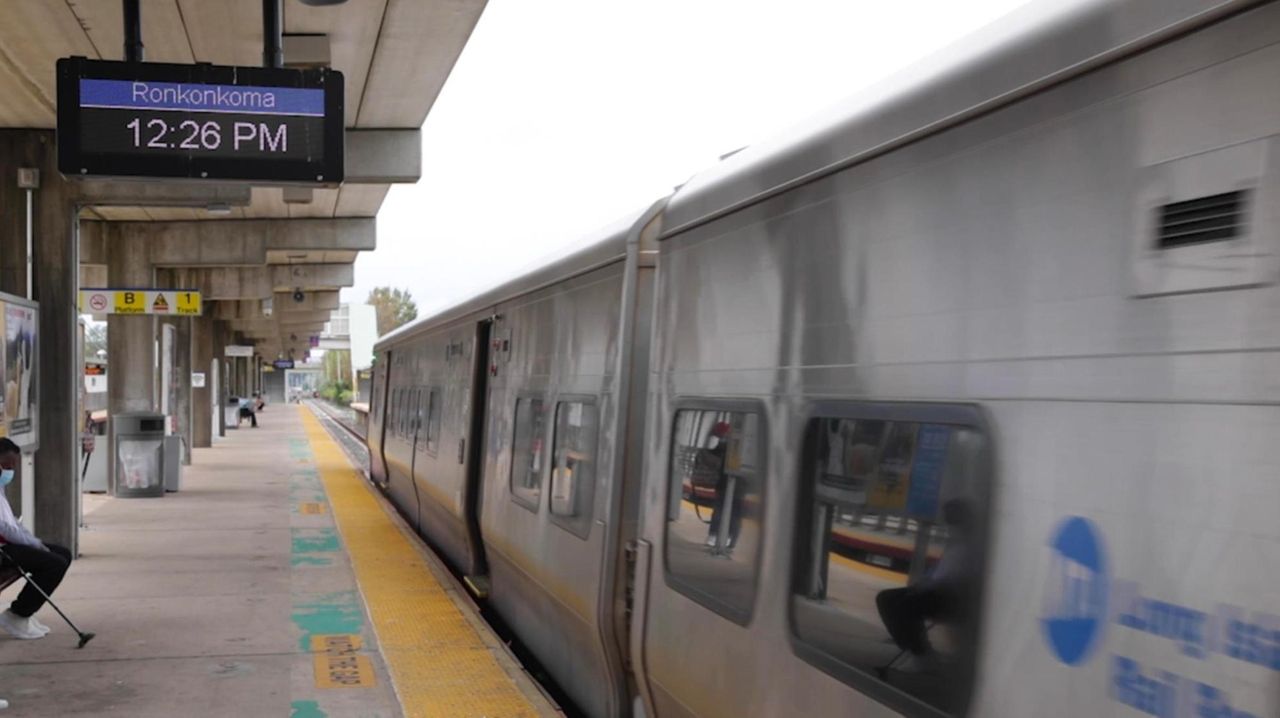 LIRR cuts could lead to setback in progress, advocates say The MTA is looking for ways to fill a $10 billion budget deficit through next year, which could reverse years of progress on the LIRR and transform commuting for Long Islanders.  Credit: Newsday / Reece T. Williams; Charlie Eckert, MTA

MTA officials first proposed the measures last month, and will meet again Wednesday to discuss them before a likely vote in November. MTA chairman Patrick Foye has said the "draconian" cuts could be avoided through a $12 billion federal bailout of the agency, whose revenue has been devastated by low ridership and meager tax receipts during the pandemic.

LIRR weekday ridership remains down by 72% as compared to 2019, a year in which the railroad carried 91 million passengers, a modern record.

"There’s nothing that’s gotten better … I don’t think anything has changed significantly from this cliff we’re about to fall off of," said Kevin Law, the Suffolk County representative on the MTA Board. "Without any federal relief, we’re going to have to make several bad choices."

Here is a look at how some of the MTA’s potential actions to shrink the deficit could impact LIRR riders.

Cutting service in half

Under the proposal to reduce LIRR service by up to 50%, trains on the railroad’s busiest lines such as the Babylon and Huntington/Port Jefferson branches would run hourly. On branches with fewer riders, trains could run once every two hours. Eng said the railroad would study ridership patterns to "allow our riders to still have as many options as possible."

The LIRR could "eliminate service on one or more branches," according to the plan. Although the MTA would not speculate on which lines could be eliminated, Foye has said it would not be "unreasonable" to target those with the lowest ridership, such as West Hempstead, which carries about 1.1 million riders annually — about 1.2% of the railroad’s pre-pandemic ridership.

During the MTA's last major financial crisis, in 2010, the LIRR eliminated weekend service on the West Hempstead branch, and didn’t restore it for four years.

Gerard Bringmann, chairman of the LIRR Commuter Council, said such a move would be "brutal," and come with wide-ranging consequences.

"If your branch is down, you’re going to go to another branch. Can you get parking there? Are you even eligible for parking?" Bringmann said. "There’s this trickle-down effect. What about those poor businesses that are right near [affected stations]? You’re going to see a lot of coffee shops go out of business. Because, if there’s no trains, there’s no traffic."

Much of the MTA’s planned savings would come from reducing the size of its workforce. The agency has said cutting train service alone could allow it to eliminate some 850 jobs. More would be cut through ticket window closures.

Labor leaders have said layoffs should be off the table, especially given the role workers have played in carrying the MTA through the pandemic. Anthony Simon, who heads the LIRR’s largest union, said losing conductors, maintenance workers, and station and car cleaners would impact rider safety, and thwart efforts to grow the railroad along with its East Side Access and Third Track capacity-expansion projects.

"Customer security, health concerns, and equipment reliability is all provided by a well-staffed workforce, and comprising those resources puts rider safety in jeopardy," said Simon, general chairman of the International Association of Sheet Metal, Air, Rail and Transportation Workers. "It would be a disservice to the safety of the riding public."

After 13 years of delays and cost overruns, a major overhaul in the leadership and management strategy of the MTA’s $11 billion East Side Access effort in 2018 has kept the megaproject on budget and on-time.

But MTA officials are considering putting off the July 2022 opening of the LIRR’s link to Grand Central Terminal by 18 months in order to save $250 million in operating costs.

Nick Sifuentes, executive director of the Tri-State Transportation Campaign, an advocacy group, said that while the LIRR’s ridership remains relatively low today — about 28% of pre-pandemic weekday levels — having East Side Access in place in a couple years will be critical to the recovery of the region’s economy.

"It’s really frustrating," Sifuentes said. "The MTA has finally done the right thing and gotten the project back on track, and here we are, basically stymied by something that is not the agency’s fault at all."

LIRR riders would have a harder time buying their train ticket from an actual person, as the MTA has proposed shuttering more ticket windows.

Although MTA officials have not said how many stations would lose their ticket offices under the plan, they have said they would aim to eliminate about 60 positions through the closures for an annual savings of $8 million. Only 30 of the LIRR’s 124 stations offer any ticket hours — down from 100 a quarter-century ago.

Although a recent labor agreement likely will defer any layoffs for LIRR ticket agents and clerks until January at the earliest, Nicholas Peluso, national representative for the Transportation Communication Union, which represents the workers, said any ticket window closures would disproportionately impact riders who need assistance the most, including the elderly and disabled.

"That first employee you see is typically a ticket clerk or agent," Peluso said. "That relieves a lot of the customers’ pressure. It makes them feel secure. And you’re able to do anything they need at that window."

After initially vowing there would not be any "pandemic-related fare increase," Foye has walked back that promise, and says the MTA would consider raising fares and tolls beyond what was already planned.

Following a schedule of regular fare and toll hikes adopted in 2009, the MTA was set to raise rates by 4% early next year, which would bring the cost of the average monthly LIRR ticket to about $358. The MTA hasn’t raised fares by more than 4% since 2013.

MTA officials have not said by how much more they would look to raise fares, but have said every additional percentage point would bring in another $26 million in revenue next year.

With LIRR riders paying the highest fares in the MTA system, George Basile, policy director for the New York Youth Transit Advocacy Committee, said a steep fare hike could push some to the breaking point — especially in Suffolk County, where some pay more than $600 in total monthly commuting costs.

"Riders from Port Jeff, Montauk and Ronkonkoma are going to be feeling these fare increases the most, and that’s unfortunate, because a bunch of the economic revenue that both the MTA and the city [receives] is from suburban residents in Suffolk," Basile said. "To be hitting them in the wallet is really, really detrimental to their ability to work in the city."

Pulling the plug on a north-south link

The MTA has said several infrastructure projects in its $51.5 billion, five-year Capital Program would be "paused," including a $230 million plan to electrify a little-used track connecting two of the railroad’s busiest lines.

The 6.8-mile-long Central Branch provides a link between the LIRR's Ronkonkoma/Greenport branch, east of Bethpage station, and its Babylon/Montauk branch, west of Babylon station. Currently, the link is accessible only by diesel trains and is used sporadically.

Installing an electrified third rail to the branch would allow the railroad to route any train along the Central Branch during both unplanned and planned service disruptions, including those caused by scheduled track work.

Larry Penner, a transportation historian, writer and advocate who worked for the Federal Transit Administration for 31 years, said putting off the project will "result in a larger price tag to pay for this investment" down the line.

"Electrification of the Central Branch is one of the most cost-effective investments the LIRR can make in improving service for riders," Penner said.