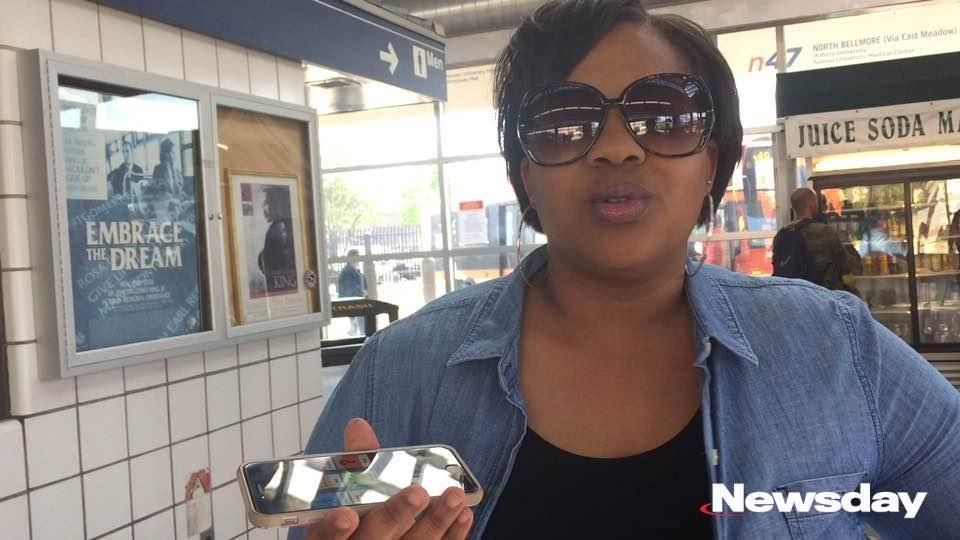 The Nassau Inter-County Express, or NICE, have partnered with Springfield, Illinois-based Sensible Innovations to develop the AWARE app, which is available for free download through Apple’s App Store or Google Play.

“AWARE is an easy-to-obtain, easy-to-use transit tool that has been customized to assist our visually impaired riders to make using the Parks center easier,” NICE CEO Michael Setzer said.

Launched in 2015, the AWARE wayfinding app is already in use in five states, but the NICE partnership represents the first time it has been used in a transit setting. Sensible Innovations founder Rasha Said said the Hempstead bus station, through which 20,000 riders travel daily, is the ideal setting for the technology.

“We get information through signs, but the visually impaired can’t read signs. So, what happens is that they usually go to a public area and have to train on it. They memorize, ‘How many steps I need to get over there,’ ” Said explained. “The settings in a crowded area can change. So, if you have something that tells you you’re in the right spot . . . it makes their navigation more easy and convenient.”

The upgrades come as NICE has wrestled with growing costs and shrinking government funding. Last month, NICE eliminated seven routes, reduced service on four others and took other cost-cutting measures, including laying off some workers and closing its Rockville Centre bus depot.

Therése Aprile-Brzezinski, director of planning and public policy for the Long Island Center for Independent Living, a Levittown-based disabled advocacy group, applauded NICE for finding ways to improve services for disabled riders, despite its financial pressures.

“People with disabilities are very willing to utilize technology to help them get around,” said Aprile-Brzezinski, adding that public transportation is particularly critical for the blind “because driving is not an option.”

“I would anticipate an app like this is really going to make a positive difference,” she added.