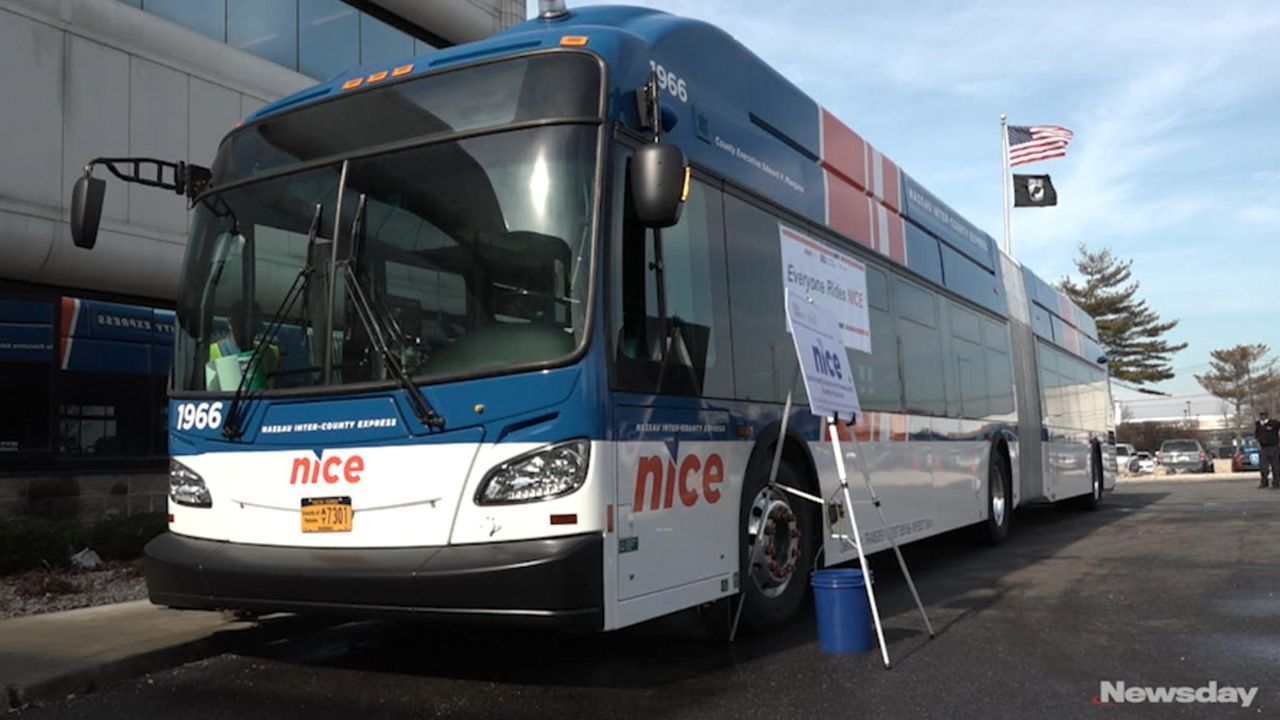 Low-income Nassau residents who need a lift will get help under a new transit fare program announced Wednesday.

United Way of Long Island and the Nassau Inter-County Express have partnered to create Everyone Rides NICE, a nonprofit foundation that will provide free round-trip MetroCards to eligible riders.

“Its mission is to solve the transportation problem for people for whom bus fare is a significant expense — one that they have to trade off against other important expenses in their household,” NICE Chief Executive Officer Michael Setzer said at a Garden City news conference Wednesday.

The program is being initially funded through a $1.25 million grant from NICE’s parent company, Transdev. Organizers said they are looking for funding partners to keep the program going in the future.

Six social service agencies on Long Island will help distribute the MetroCards, based on eligibility guidelines that include a household income of $40,000 or less for a family of four. The agencies include the Hispanic Counseling Center in Hempstead, the Interfaith Nutrition Network, the Long Island Council of Churches in Hempstead, Island Harvest Food Bank, Choices for All in Hempstead and Freeport, and Circulo de Hispanidad in Long Beach.

“These are people that are working hard — many of them two or three jobs, just to make ends meet and to support their families ... And transportation is a huge issue,” said Randi Shubin Dresner, president and chief executive officer of Island Harvest, which is based in Hauppauge. “A program such as this is going to help them so that they can redirect some of the funds they have in their limited budget.”

Theresa Regnante, president and chief executive officer of the United Way of Long Island, said the program will allow for up to $110 in benefits — or about a month’s worth of round-trips — per eligible rider. She said the social service agencies will be allowed discretion to address unique situations.

“If somebody just got a job and is waiting for their first paycheck ... an organization might determine that that individual should get three weeks of rides in order to get to that first paycheck,” Regnante said.