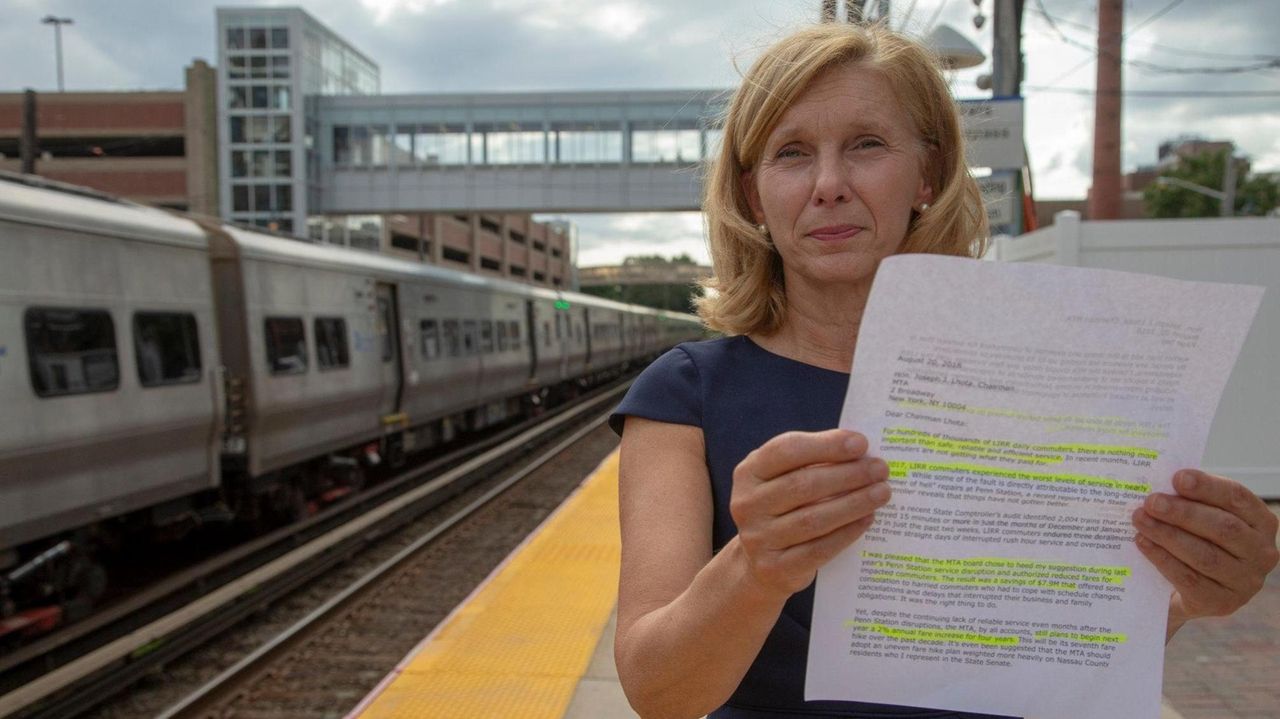 A state lawmaker from Long Island is calling on the Long Island Rail Road to put off its planned fare increase next year until it can reverse its failing performance in recent months.

“Rather than add to the stress and expense of commuters for service that is by almost any measure not holding up to its promises or commuters’ expectations, I believe the MTA should delay any fare increase until the LIRR meets a specific set of predetermined standards of improved service,” wrote Phillips, who included improvements in on-time performance, customer satisfaction, and the rate of equipment breakdowns and delays as meaningful improvements.

In 2017, the LIRR had its worst on-time performance in 18 years, leading to the MTA replacing former railroad president Patrick Nowakowski with Phillip Eng. Although Eng has proposed a number of ways to improve service through his LIRR Forward initiative, commuters have endured multiple snarled rush hours in recent months caused by a range of factors from weather, to failing infrastructure, to glitches in planned track work, including the construction of a second track on the railroad’s Main Line in Suffolk.

In addition, the MTA confirmed last month it planned to go forward with a planned 4 percent fare increase early next year, the seventh increase over the past 10 years.

“We understand riders’ frustrations when train service is impacted, and that’s why Long Islanders are seeing so much improvement work underway right now on the LIRR system,” LIRR spokeswoman Sarah Armaghan said. “New LIRR President Phil Eng is aggressively forging ahead with the LIRR Forward program, tackling our most problematic areas and making sure that improvements can be seen and felt as quickly as possible.”

LIRR officials said Wednesday they welcome input from the public on a potential 2019 fare increase and have scheduled a series of public hearings later this year. They added that the MTA financial plan relies on regularly scheduled increases in fares to fund its operations and pay off debt, and noted that a fare plan also could include financial incentives for some LIRR customers.

"If they're going to increase the fare because they need that money for certain improvements, then that might need to be what happens," said Glasser, of Plainview. "But not knowing where the money is going and how it's going to be used — that's a completely different story."