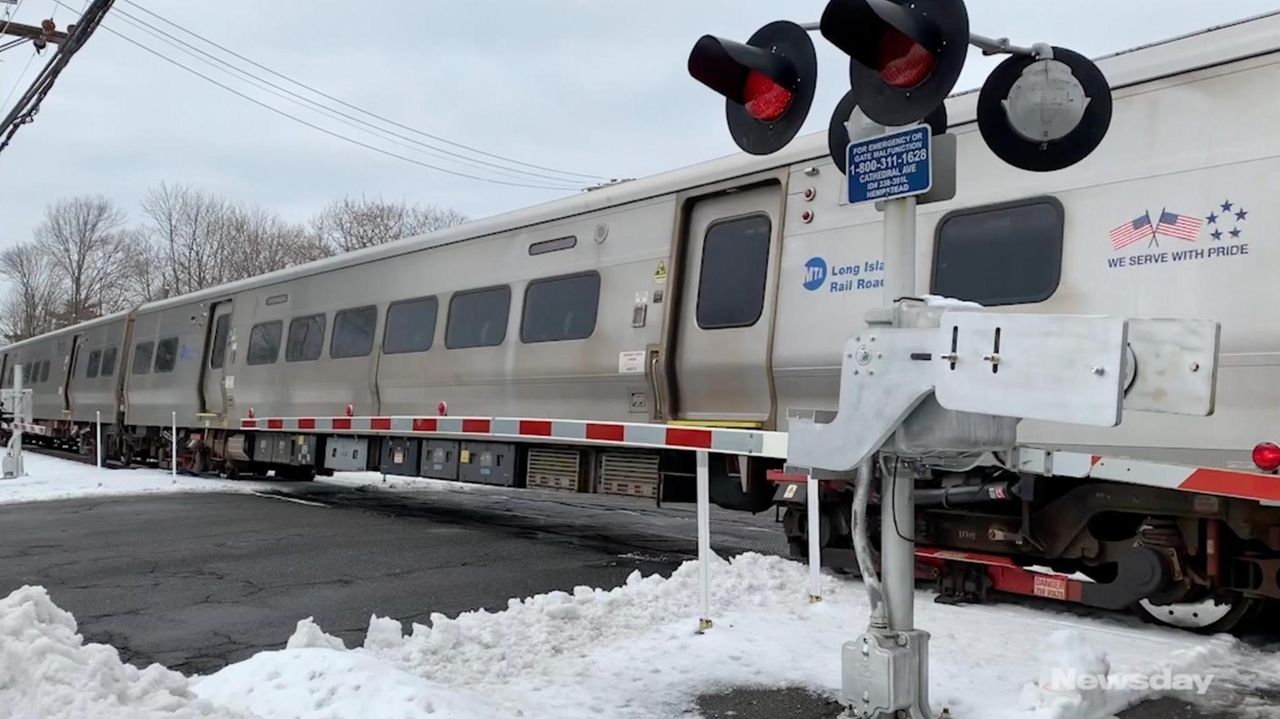 Sen. Chuck Schumer said he plans to reintroduce federal legislation to fund safety improvements at Long Island Rail Road grade crossings that could prevent accidents like the one that killed three people in Westbury last week.

At a news conference by a Garden City grade crossing Monday, Schumer (D-N.Y.) outlined his plan to resuscitate the Highway-Rail Grade Crossing Safety Act, which would provide new grant funding for what Schumer and safety experts have called the “three E’s” of grade crossing safety solutions: engineering, education and enforcement.

Schumer and Sen. Richard Blumenthal (D-Conn.) originally proposed the bill in February 2015, shortly after a Metro-North train struck a sport utility vehicle on the tracks in upstate Valhalla, killing its driver and five train passengers.

The plan was ultimately left out of a $305 billion federal transportation bill passed in 2015. Schumer said the bill died in the Senate because of a lack of support from the Republican-controlled House of Representatives.

Unlike then, Schumer said he believes “it can pass relatively easily” in the Democratic-controlled House, packaged in a larger federal transportation bill expected to be proposed later this year. Schumer said that while a dollar amount has not been determined for the reintroduced measure, he expects it will be in the "low hundreds of millions."

Rep. Peter King (R-Seaford) said Monday he supports funding crossing safety improvement and that he "would expect to support the bill.”

Concern over railroad grade crossing safety has increased since last Tuesday’s accident at the School Street crossings in Westbury, where police said a sport utility vehicle, fleeing the scene of a minor auto accident, drove around downed gates and into the path of two oncoming trains. The vehicle’s three occupants died, and eight people aboard the train were injured.

The LIRR and state plan to eliminate that crossing and six others as part of its $2.6 billion effort to construct a third track on the railroad’s Main Line. They have no plans, however, to close any more of the LIRR’s nearly 300 crossings — an expensive and complex undertaking that can involve building a bridge over a roadway, or sinking a road under tracks.

But Schumer said “98 percent of these crossings don’t need that,” and instead would benefit from simpler upgrades like improved lighting or road widening.

“Engineering can save lives,” said Schumer, who was joined by public officials, including the police commissioners of Nassau and Suffolk.

A Metropolitan Transportation Authority spokesman said Monday that the agency welcomed the possibility of federal funding for safety.

Kyle Strober, executive director of the Association for a Better Long Island, a nonprofit advocacy group, also applauded the proposed upgrades, which he said could help “save lives.”

“When we talk about railway infrastructure projects, it’s almost always about improving the railway’s efficiency and reliability,” Strober said. “Last week reminded us that critical safety projects are just as important.”

The original 2015 bill would have set aside $50 million annually "to develop or continue enhanced public education and awareness activities, in combination with targeted law enforcement, to reduce traffic law violations at highway-rail grade crossings, as well as to prevent and reduce injuries and fatalities along railroad rights of way."

The original bill included funding for Operation Lifesaver, a nonprofit group that advocates for crossing safety, and for the Federal Railroad Administration to hire personnel to work with railroads on safety improvements.

It also would have set aside an unspecified sum of money to study "the feasibility of using new technology" to report grade crossing problems. Schumer said that could help advance proposals to automatically issue summonses to motorists caught on camera driving around downed crossing gates.

"Putting a camera here, it's going to stop them," Ryder said. "It will just give them a penalty and remind them the second time. Let's just hope they get to live for a 'second time.' "