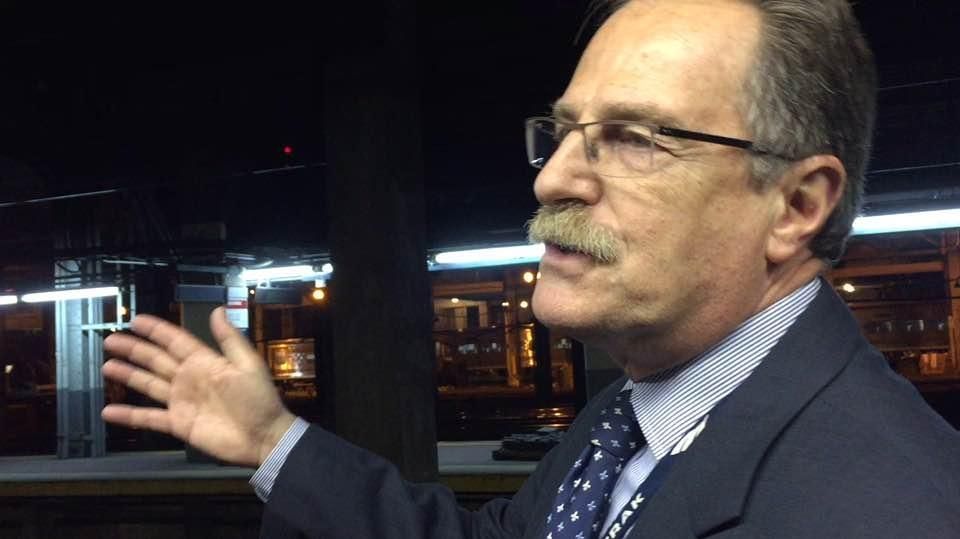 The planned summerlong infrastructure renewal work at Penn Station will take as many as three tracks out of service for weeks at a time, according to an Amtrak executive, who also confirmed that the project will not include improvements to tracks regularly used by the LIRR.

Mike DeCataldo, vice president of operations for Amtrak’s Eastern Region, confirmed Thursday during a media tour of the planned work site that during the project three tracks will be unavailable at Penn, owned and operated by Amtrak.

DeCataldo said the two tracks will be worked on during the project and a third will be needed for storing construction materials. DeCataldo did not specify the tracks to be shut down, but said they would not likely be those typically used by the Long Island Rail Road. Still, LIRR service would be affected because the railroad would be required to share with Amtrak and NJ Transit tracks it usually has to itself.

The summer project will focus on replacing wooden ties, rails and switches in a complex configuration at the western end of Penn known as the “A interlocking,” used almost exclusively by Amtrak and NJ Transit trains. DeCataldo said a separate effort to replace some track infrastructure on the east end of Penn, where the LIRR operates, will be carried out over weekends through next year.

“The Long Island Rail Road — this work really does not impact them as significantly as it does New Jersey Transit and Amtrak,” DeCataldo said. “We realize this is going to be a huge inconvenience for all our customers. We’re trying to minimize that as best we can.”

MTA officials have said they expect to release a detailed service plan for the summer outages by early June that would include canceling and diverting some trains to different stations, and providing other transportation alternatives that could include ferries and coach buses.

Metropolitan Transportation Authority Board member Mitchell Pally, of Stony Brook, said Amtrak’s decision to prioritize improvements to tracks it uses over those used by the LIRR comes with the “unfortunate” reality that Amtrak is the LIRR’s landlord at Penn.

“It’s very frustrating and disconcerting, obviously, that we’re going to be impacted negatively by work that is not being done in areas used by the Long Island Rail Road,” said Pally, who added that the MTA will “insist” that future improvements include tracks and signals used by the LIRR. “Obviously, they can’t do the whole thing at once . . . So this is only one small part of the remedy that we expect at Penn.”

New York’s two Democratic U.S. senators Thursday raised concerns that those longer-term fixes at Penn will be jeopardized under a new budget proposal by President Donald Trump’s. The plan slashes funding to Amtrak by $760 million and eliminates the New Starts federal grant program, which could have been used to launch Amtrak’s proposed $23 billion Gateway project to build a new rail tunnel across the Hudson River.

“Despite the many challenges we are facing at Penn Station, President Trump has just proposed to make it worse,” Sen. Chuck Schumer said.

Trump’s administration has heralded the president’s proposal as a “taxpayer first budget” that saves billions through “fiscally conservative principles.”