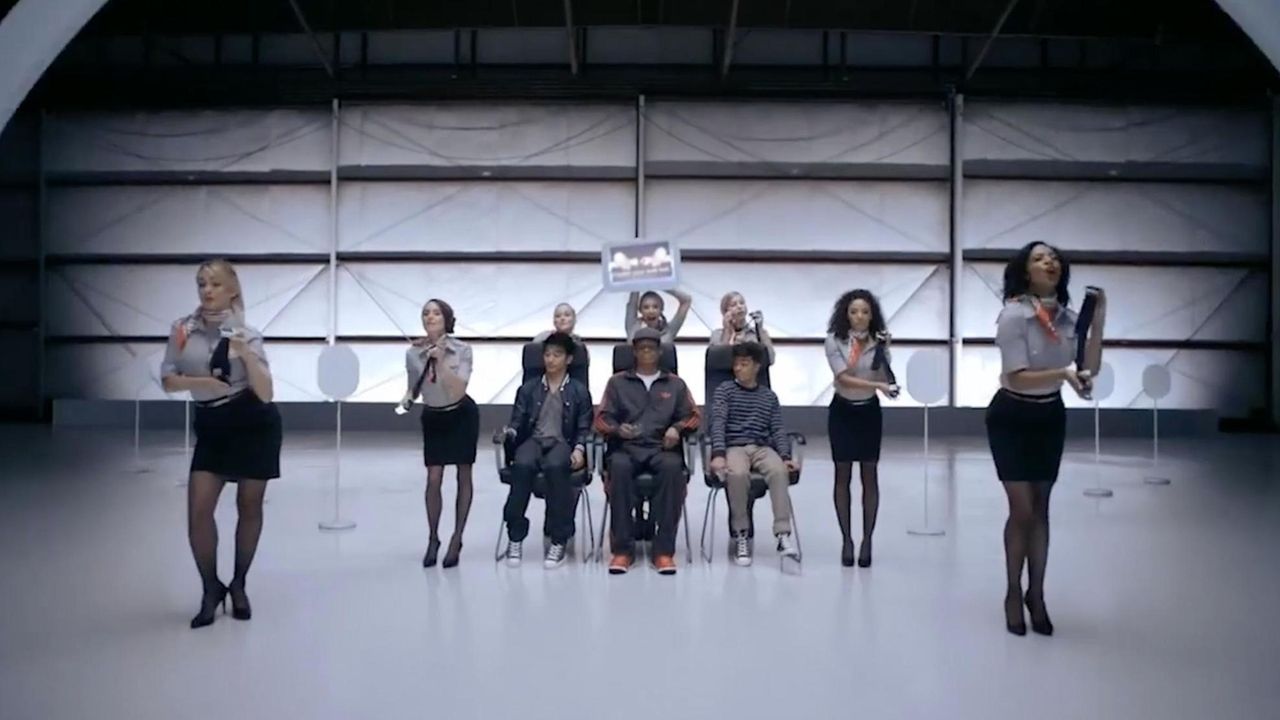 The emergency landing of a Southwest Airlines jet Tuesday highlighted a longstanding problem in aviation: Many travelers simply don't pay attention during the pre-flight safety demonstration. To help encourage passengers to be more alert when instructions are given, Virgin America put together a dance video with the safety instructions. Credit: Virgin America

The emergency landing of a Southwest Airlines jet this week highlighted a long-standing problem in aviation: Many travelers simply don’t pay attention during the preflight safety demonstration.

Industry experts can’t provide numbers but offer plenty of anecdotal evidence. And their stories were backed up when a passenger on Southwest’s Flight 1380 posted video and photos on social media showing other travelers with their oxygen masks over only their mouths.

The correct way to wear the mask is over both the nose and mouth. And putting the mask on wrong, experts say, could mean the difference between life and death.

To their chagrin, flight attendants have watched for years as passengers seem to find all kinds of ways to ignore the safety demonstration.

“It’s a huge frustration,” said Bobby Laurie, a former flight attendant for US Airways and Virgin America who now hosts a TV travel show called “The Jet Set.” “They don’t think it’s going to happen to them, so they end up doing it wrong.”

Besides the lesson on oxygen masks, the safety demonstration includes a rundown of the jet’s exits and training on how to put on the inflatable vest.

Recognizing the challenge of capturing passengers’ attention, a few airlines have tried the creative touch. Virgin America shows a dance video, for example. Southwest flight attendants are known for telling jokes and singing.

The advent of the smartphone and the tablet — coupled with looser airline restrictions on the in-flight use of electronic devices — makes it even harder for flight attendants to get passengers to pay attention, said Laura Einsetler, a commercial airline pilot who has written about safety issues.

The Federal Aviation Administration once mandated that passengers turn off their devices shortly after boarding the plane. Now, for the most part, travelers can use their devices throughout the flight as long they are in airplane mode.

Einsetler believes the FAA should require passengers to turn off their devices before the safety demonstration.

The Southwest plane, which departed from LaGuardia Airport and was headed to Dallas, had to land in Philadelphia after one of its engines exploded and punctured the passenger cabin. The accident nearly sucked out a woman into the air at 32,000 feet; she died a short time later at a hospital.

When an explosion or another event causes the passenger cabin to lose pressure, the oxygen masks drop down.

At 30,000 feet, the air is too thin to breathe; passengers would lose consciousness in less than a minute, Einsetler said.

“It’s imperative that people put on the mask immediately — over their nose and mouth,” she said.

Any kind of aviation accident is a rarity, FAA statistics show. For example, oxygen masks on commercial aircraft have been employed roughly 2,800 times in the past 40 years — about 10 times for every billion flight hours.

And the very safety of air travel is what makes passengers complacent, said Laurie, the former flight attendant.

Herb Whalen of Bethpage acknowledges he is usually one of those passengers who doesn’t pay attention.

“You’ve heard it a hundred times,” Whalen said of the safety demonstration.

But he was thinking differently Wednesday as he and his wife, Monica, waited to board a Florida-bound flight from Long Island MacArthur Airport in Ronkonkoma.

Herb Whalen said he would pay more attention to the flight attendant’s instructions.

“At least on this flight,” he said.

Another flyer, Annette Flynn of Hicksville, makes sure to watch the demonstration “in case anything changes.”

On her way to Orlando, Florida, Flynn said she loves to travel but hates to fly — so she likes to be aware of her surroundings.

“I’m retired law enforcement,” said Flynn, who rose to the rank of sergeant in the NYPD. “So I’m aware of everything.”