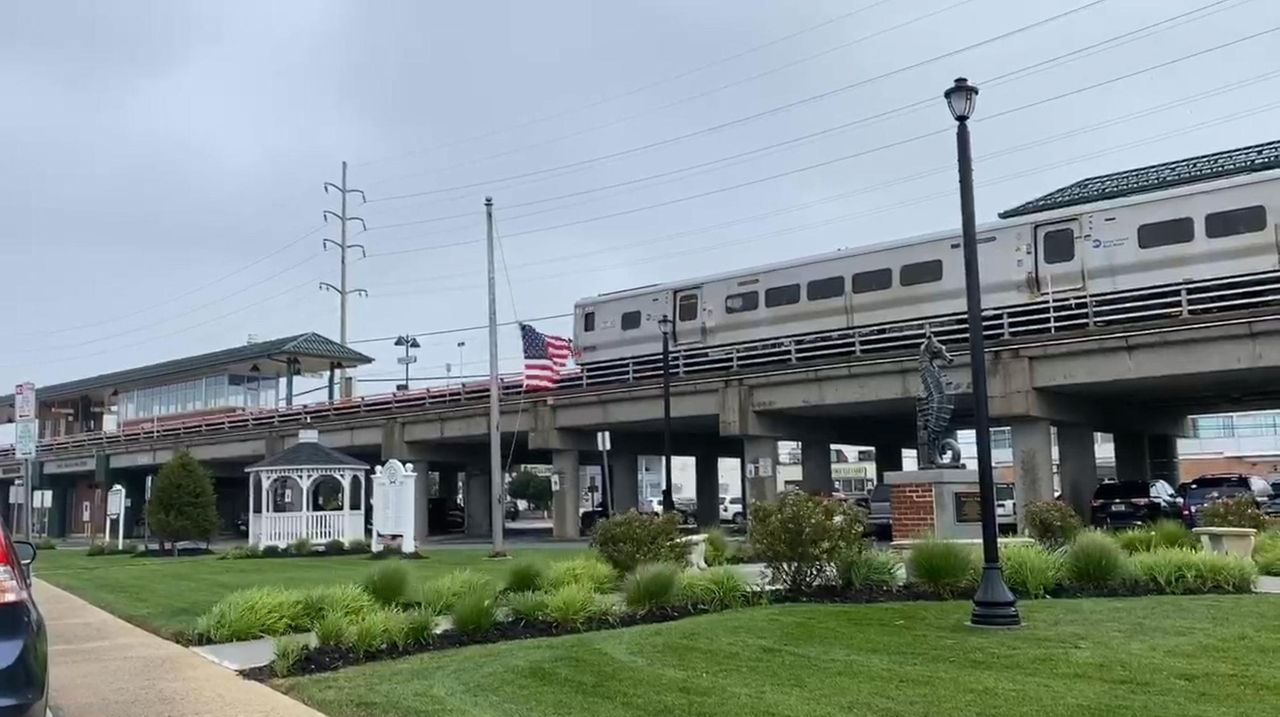 Service was suspended systemwide on the Long Island Raid Road on Tuesday because of Isaias, which brought wind gusts of up to 79 mph. Newsday's Cecilia Dowd has the story. Credit: Howard Schnapp

Tropical Storm Isaias shut down the region’s rail system Tuesday, as a barrage of downed trees blocked tracks, forcing the LIRR, sister-railroad Metro-North and several subway lines out of service.

The Long Island Rail Road told its customers in an email Tuesday afternoon that it "will resume service as soon as conditions safely allow."

Limited service was a restored Tuesday night on the Far Rockaway and Long Beach branches, according to a notice posted on the Metropolitan Transportation Authority website just before 9 p.m.

The LIRR's first branch suspension came early in the afternoon, when a pair of trees down on the tracks forced the shutdown of the West Hempstead branch shortly before 1 p.m. As crews worked to clear the tracks, the LIRR notified customers just before 2:30 p.m. that it had suspended all service systemwide “due to high winds and hazardous conditions caused by Tropical Storm Isaias, including fallen trees, downed utility poles and power outages.”

“Extreme weather conditions have led to service changes across the MTA network,” said Patrick Foye, chairman of the Metropolitan Transportation Authority, which includes the LIRR.

“The MTA has protocols and policies for weather events. Those policies and protocols are being followed. They’re designed to protect the public and our employees,” Foye added.

As wind gusts reached as high as 75 mph, Foye said the agency made the call to temporarily halt service on its two commuter railroads, as well as on all outdoor subway lines.

By 4:15 p.m., the MTA had restored some subway lines, including the D, M, 3 and F trains. Foye told WCBS 880 radio that the MTA would provide an update about when LIRR service would resume “as the afternoon goes on.”

Asked at a Manhattan news conference how many trees already had fallen in the MTA’s service region, New York City Transit acting president Sarah Feinberg said they were dropping at a rate too fast to keep up with.

“Two more reports in the last five minutes while we’re sitting here," Feinberg said. "The number changes by the moment.”

Eng said there were more than 25 downed trees across all of the LIRR's branches, as well as several utility poles. The storm caused other problems for the region’s transportation network, including “weather-related signal trouble” and broken crossing gates on the LIRR, and the closure of the Verrazzano-Narrows Bridge in Staten Island, where a truck flipped.

There also were multiple road closures throughout Long Island because of fallen trees, including on Route 25A near New York Avenue in Huntington Station, and on the Southern State Parkway near the Suffolk County line, according to 511 NY — a state-operated service alert system. Nassau's bus provider, NICE, reported "trees/branches down on almost every route in the system, causing extreme delays."