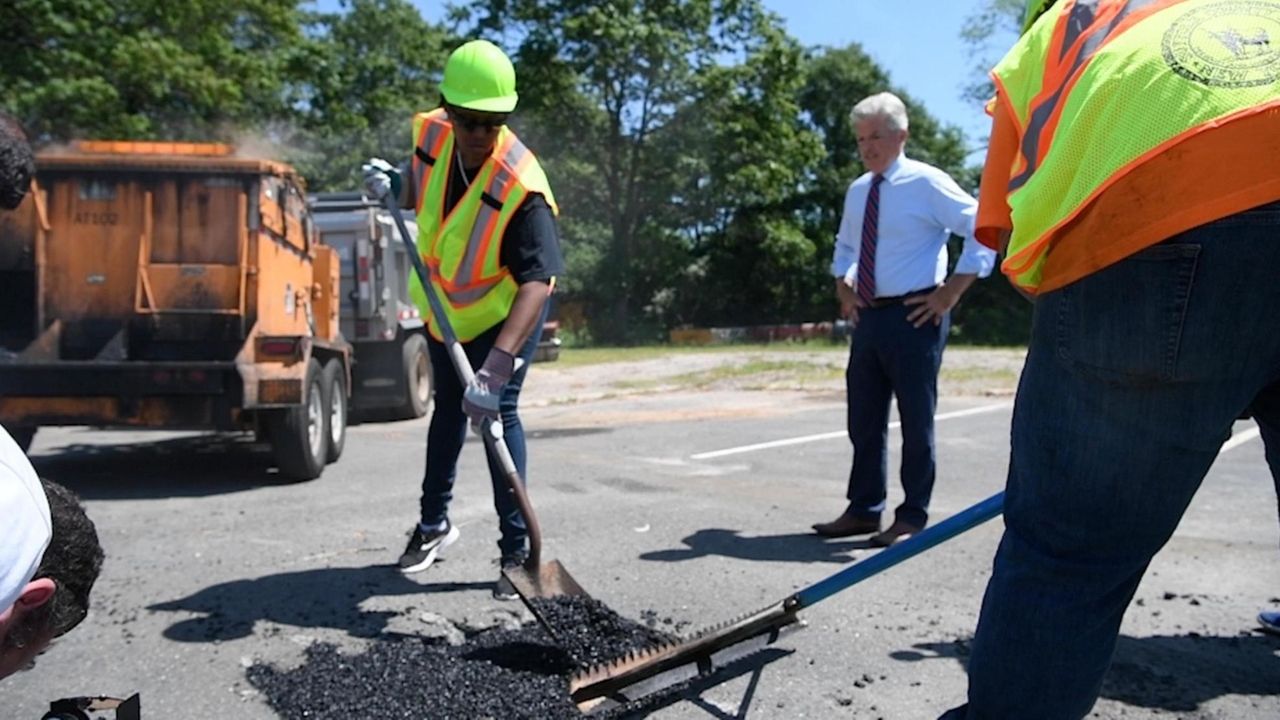 Bellone unveiled a $7 million Pothole Action Plan, which he said would have highway workers fill in serious potholes within 48 hours of a complaint and less dangerous ones within five business days.

Bellone called the plan an “investment toward repairing our roadways and making sure we’re eliminating those potholes that can be such a problem for our residents and drivers.”

Under the plan, pothole reports made to 311 — a new call service that centralizes complaints in Suffolk — would generate service orders and send public works employees out to inspect the potholes, Bellone said.

County highway workers then would fill the pothole on a timeline depending on whether it was considered dangerous or just a “skimmer.” The categories are determined by a pothole’s width, depth and capacity to cause vehicle damage, Bellone said.

Residents who file complaints and give their email addresses to 311 operators will receive updates on repair progress. Those who call 311 about potholes on roads maintained by other jurisdictions will be transferred to the proper municipality, Bellone said.

Bellone said the 311 system, which launched in May, gives officials data to analyze and track response times.

The $7 million is part of a capital plan this year to resurface 10 transportation corridors, including Pinelawn Road in Melville, Community College Drive in Brentwood and William Floyd Parkway in Shirley, officials said.

County officials on Monday demonstrated their speed in filling potholes, using two they created in the public works yard in Commack just before a news conference began. Bellone scooped a shovel full of asphalt into one of them, getting some on his leather dress shoe.