The work included replacing switches, which guide trains from one track to another; removing an old rail and a third rail that powers the trains; and preparing the infrastructure for further work later in the summer.

Although “we’ve had a very good week,” Naparstek said, it was “too soon” to say whether the critical track repairs could be completed sooner than expected. Amtrak has repeatedly assured riders that the work will be done before Labor Day.

MTA Chairman Joseph Lhota, who also gave an update Friday, said overall LIRR ridership this week was about average during the morning commute and up during the evening rush, but down at Penn as commuters heeded advice to avoid the hub during the repairs.

Friday’s evening commute ended Week One of what Gov. Andrew M. Cuomo has dubbed the “summer of hell” — when the Long Island Rail Road reduces rush-hour service through Penn in order to allow Amtrak, which owns and operates the station, to make the repairs.

Amtrak plans to take at least three of the transit hub’s 21 tracks out of service during the project, which started Monday.

Amtrak has promised to give weekly progress reports during the repairs, which the railroad says is needed to improve reliability at Penn and throughout the Northeast Corridor.

Naparstek declined to rebut Cuomo’s skepticism, voiced in an interview earlier this week on News 12 Long Island, that Amtrak would finish on time.

“My focus is on getting the work done,” Naparstek said. “ . . . I feel pressure because it’s my job to do it, and because I have passengers of Amtrak, Long Island Rail Road and NJT who are counting on us getting the job done.”

Lhota said LIRR ridership at Penn dipped 8 percent overall during the morning rush Monday through Thursday, and by 1 percent in the evenings.

While some riders opted to use special ferry and express bus services the Metropolitan Transportation Authority provided, “the railroad was still far and above the preferred transportation mode for all Long Islanders,” he said.

Some riders, however, shifted to alternative hubs, such as Atlantic Terminal in Brooklyn and Hunterspoint in Queens, and before or after the typical crunchtime — from 7:30 a.m. to 8 a.m. and 5:30 p.m. to 6:30 p.m., Lhota said.

He urged passengers to continue to use the alternatives during rush hour.

Despite fewer bus riders than expected, Lhota said, the schedules are unlikely to change, at least in the short term.

“You know, people may have been on vacation this week, and they may want to take the buses, so we have to monitor that over a couple of weeks, to be able to determine whether or not we roll any of it back,” Lhota said.

In interviews, passengers said they’ve been pleasantly surprised by how uneventful their commutes have been, but remain wary.

Commuters tell us about 'summer of hell'

“Keep talking to us. The MTA, Amtrak — they gotta communicate,” said Carl Siciliano, 48, who commutes to Penn from Babylon. “Service has been great so far, but that can change at any minute.”

Siciliano and other commuters are still expecting the worst in weeks to come. And many doubt the repairs will be finished on time.

“I don’t believe anything Amtrak, the MTA or the LIRR tells me, and that’s from experience,” said George Taggart, 57, of Hicksville, who has commuted into the city for 29 years. “I’m not bitter about them, I’ve just seen it all.”

With Vincent Barone and Alfonso A. Castillo 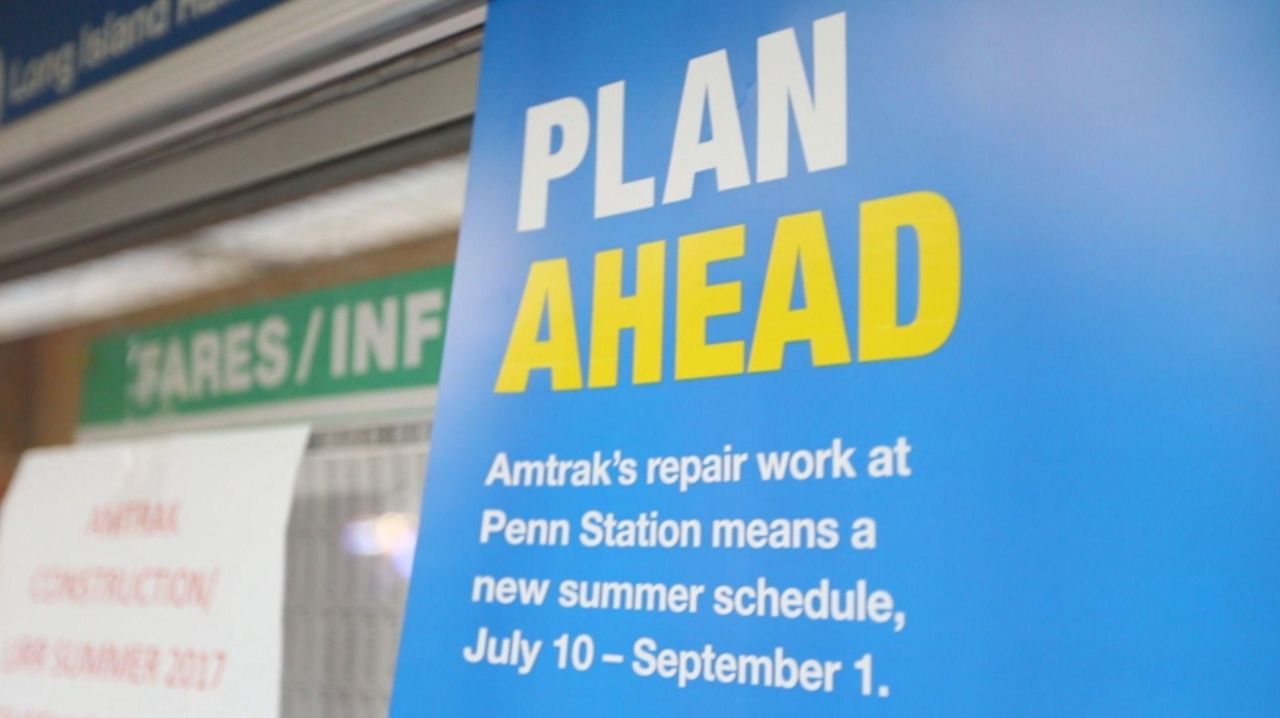 Mixed reviews on Day 2 of 'summer of hell' As the second day of the Long Island Rail Road's so-called summer of hell came to a close on Tuesday, July 11, 2017, commuters had mixed reviews. Credit: Corey Sipkin; Newsday / Raychel Brightman

The first week of the Long Island Rail Road’s “summer of hell” ended on a sour note for some Glen Cove commuters, as special ferry service between the city and Manhattan had to be canceled because of technical problems.

The morning ferry to East 34th Street had to be turned around shortly after it departed. The MTA later announced it would also not be operating the return ferry scheduled to leave Manhattan at 6:20 p.m.

The agency attributed the cancellations to “electrical issues.” An official said he expected the ferry service to resume Monday morning.