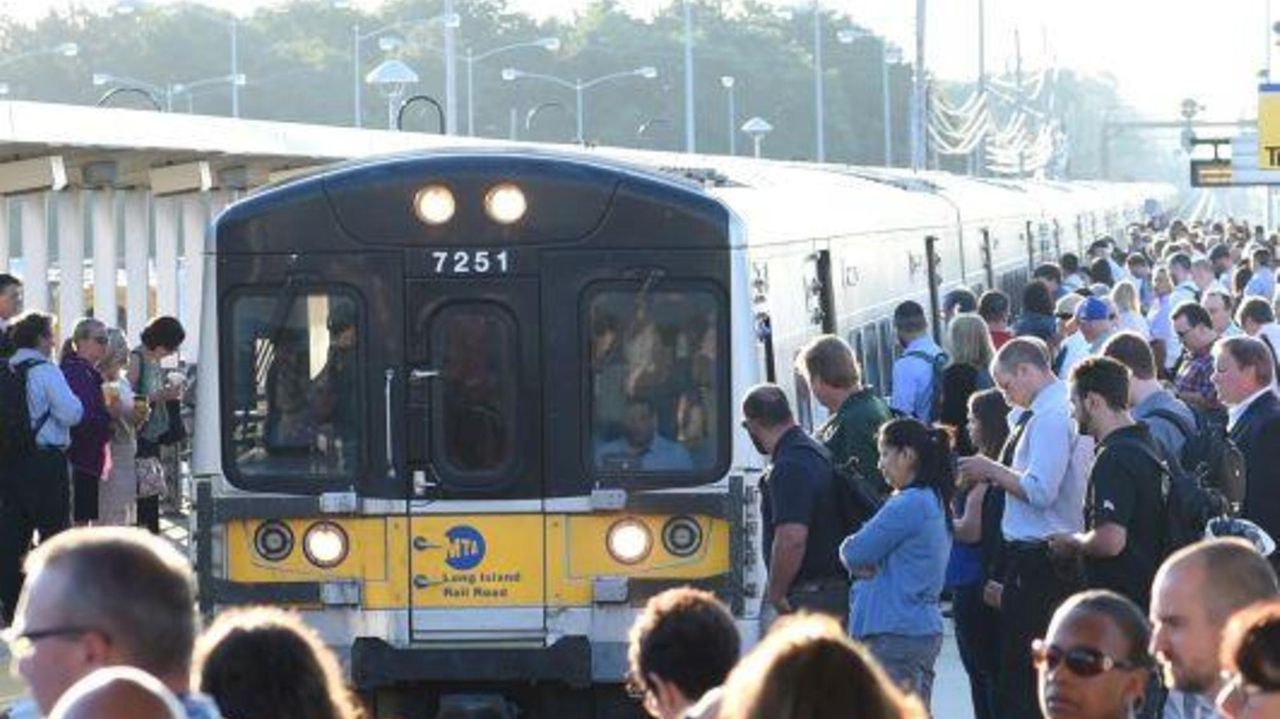 On Monday, July 10, 2017, the Long Island Rail Road and passengers were all prepared for the first day of the dreaded "summer of hell," a phrase coined by Gov. Andrew M. Cuomo. But, as commuters arrived home via train, subway or ferry, they all seemed to share the same sentiment - that it wasn't all that bad. Credit: Newsday staff

Thousands of Long Island Rail Road commuters made it through Day One of the “summer of hell” with relatively few problems, but officials warned there’s ample opportunity for things to go wrong before Amtrak completes its Penn Station repairs in the fall.

And despite assurances from Amtrak that its efforts to modernize aging track components in the aging Manhattan station are progressing on schedule, Gov. Andrew M. Cuomo on Monday expressed doubt that the project could be completed on time at the nation’s busiest rail station.

But for signal issues at Valley Stream caused by a PSEG power outage, the LIRR did not report any delays or unplanned cancellations during the first rush hour of its unprecedented plan to move riders with three of 21 tracks taken out of service at Penn Station, which serves the LIRR, Amtrak and NJ Transit.

Look back at LIRR commute on first day of track work

Despite their reputation as creatures of habit, Long Island commuters, by the thousands, heeded the MTA’s advice and avoided Penn Station at the height of the rush hour. Although the LIRR reported a 3 percent increase in typical daily morning ridership — to 103,000 from 100,000 — the number of commuters traveling into Penn during the morning rush fell by 8 percent, or about 7,000 riders.

Many of those displaced riders chose to use the LIRR’s alternative New York City terminals, which offered reduced fares. Some 18,000 people rode into Brooklyn’s Atlantic Terminal Monday morning — an increase of 67 percent over a typical weekday.

And ridership nearly doubled at the LIRR’s Hunterspoint Avenue station in Queens, which was flooded with 6,000 commuters during the morning rush, an increase of 90 percent.

Those who did commute into Penn Station during the rush hour benefited from those who did not.

“It was actually completely painless,” said Geraldine White, 41, who took the 7:22 a.m. to Penn Station from West Hempstead. “It was better than I expected. It wasn’t bad. I had a seat.”

MTA Chairman Joseph Lhota, surveying the morning commute on board an LIRR train to Brooklyn Monday morning, said things went “according to plan” during the first true test of the agency’s mitigation plan for Penn’s track outages. He thanked LIRR commuters for exhibiting flexibility, and said the Metropolitan Transportation Authority would be similarly flexible with its plan—some aspects of which did not go over well with riders.

“Today’s system worked pitch perfect. There were minimal delays. There were some delays of a couple of minutes, stuff like that,” said Lhota, who cautioned that each day will be another test on the system. “Tomorrow is another day and we have to be as vigilant in keeping up with making sure trains stay on time and that everyone is able to get to work and get to school or whatever it is that they’re doing.”

Express buses to Manhattan from eight Long Island locations were very scarcely used, with some buses transporting just one rider and others leaving later than their scheduled departure times as drivers waited for any takers.

Paula Turkel, of Merrick, was the lone passenger on her bus to Penn. Asked how her commute was going so far, she said: “It’s an empty bus. Looks good to me!”

“I’m sure when the folks who took the ferry tell their friends how great it was, we may see more going out. Today is Day One. Let’s see how patterns change over the week,” said Lhota, who planned to confer with other agency leaders back at the MTA’s Lower Manhattan’s headquarters later Monday. “It will be on our list to figure what, if anything, to change for this afternoon and for tomorrow. But based on the way everything has gone this morning, it’s been excellent the way the service has gone.”

But some LIRR customers said their commutes were very far from excellent. On the MTA’s beleaguered subway system, tasked with absorbing thousands of rerouted LIRR riders, commuters noticed a tighter squeeze. At Hunterspoint Avenue, which saw far greater demand than its usual 3,000 daily riders, Christine DeSanti, 49, of Bethpage encountered a “crowded mess.”

“We were being herded like cattle,” said DeSanti, a legal secretary. “Hunterspoint turned into the new Penn.”

Dix Hills resident Steve Carullo, 54, has been taking the LIRR to Jamaica, transferring to Hunterspoint and then getting on the No. 7 train for about two months.

He normally would go through Penn Station, but “now I just try to avoid it as much as possible.”

“It was crowded, definitely,” he said about the 7 train on Monday evening. “Hunterspoint used to be the secret, but now the cat’s out of the bag.”

Other complaints ranged from the lack of handicapped accessibility on some of the express coach buses, to the inordinately long shuttle bus ride from Hunterspoint Avenue to a nearby ferry at Long Island City, to New York City Transit not cross-honoring LIRR fares near the East 34th Street ferry terminal for commuters heading to midtown Manhattan. Addressing that complaint, Lhota announced Monday evening that Glen Cove ferry riders will have their LIRR fares cross-honored on the M34-SBS bus route each morning, beginning Tuesday.

Mark Epstein, chairman of the LIRR Commuter Council, the railroad’s official watchdog group, agreed that, by and large, things went well Monday. But, he cautioned, the MTA should hold off on declaring victory because several commuters opted not go into the office at all on the first day of the Penn service disruptions.

“I think we’ll know later in the week, when people start going back to work. It’s when they hear that everything is OK and they start coming that it could be interesting,” said Epstein, who said he had no problems riding into Penn Station Monday morning. “It went fine. It was actually on time. I may like the summer of hell more than I like the rest of the year.”

Amtrak’s president and chief executive officer, Charles “Wick” Moorman similarly sought to temper expectations for how the rest of the summer will go. As recently as last Thursday, Penn Station service was snarled by a train derailment—the third since April.

The track outages at Penn Station, which began this weekend, are set to last through around Labor Day — a period dubbed the “summer of hell” by Cuomo — disrupting the lives of 600,000 commuters who use the station each day. Amtrak has said it expects normal service to resume at Penn Station on the morning of Tuesday, Sept. 5. Moorman said, so far, the work has progressed on schedule.

Amtrak plans to issue comprehensive progress reports about its Penn Station work every Friday throughout the summer, Moorman said.

“I’ve certainly not heard anything that indicated that it was not a fairly smooth rush. And clearly that makes things better here [at Penn Station] as well. But we’ve got a long summer to go, and it’s inevitable that we’ll have incidents along the way,” Moorman said in an interview Monday morning. “There are a lot of things that can go wrong in the operation of Penn. But I think we could manage them, and I’m optimistic.”