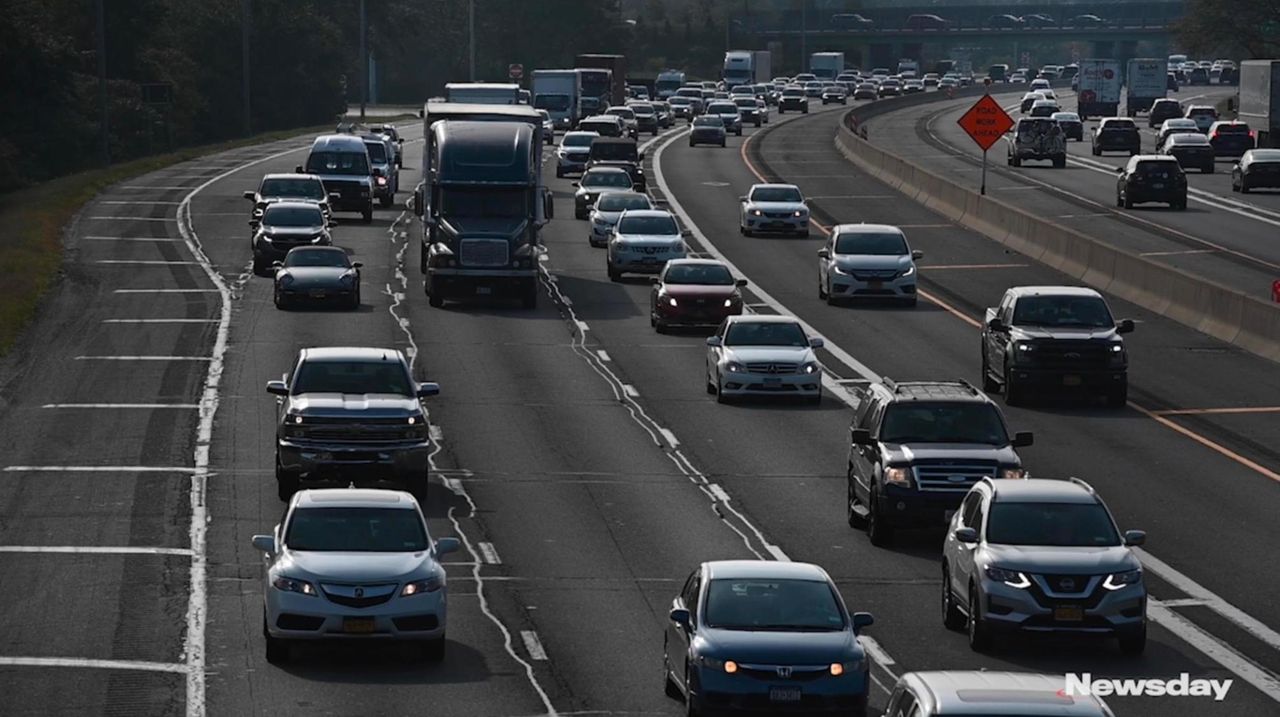 If it feels like you've been sitting in traffic for days, it's because you have been.

The average Long Island commuter spends an extra 81 hours a year stuck in traffic, according to a new report, and that number could grow by 57% over the next quarter-century.

The report by TRIP, a Washington, D.C.-based nonprofit transportation research group, also ranked the 10 most congested roadways on Long Island, finding a 45-mile stretch of the Long Island Expressway to be the worst.

"TRIP estimates that the current level of traffic congestion on Long Island is costing the average motorist $1,684 annually in the value of lost time and also wasted fuel, because of delays," TRIP director of policy and research Rocky Moretti said during a webinar Thursday discussing the report. "While COVID has, in essence, for a while relieved that traffic congestion, obviously, in the long term, the challenges very much remain."

The report used data compiled before the pandemic from several agencies, including Nassau and Suffolk counties, the U.S. Department of Transportation, the New York Metropolitan Transportation Council, and the Texas Transportation Institute. The data also showed that traffic congestion costs Long Island $1.9 billion each year, including from 41.5 million gallons of wasted fuel.

The report also found that 74% of Long Island commuters drove to and from work alone in their cars, and that 98% of Long Islanders’ car trip destinations were other locations within Nassau and Suffolk, with 75% remaining in the same county.

And although the increase in the number of people working from home did grant drivers a temporary reprieve from the worst of Long Island’s traffic jams, Robert Sinclair Jr., spokesman for the American Automobile Association’s Northeast chapter, said since the height of the pandemic, traffic already has rebounded at a faster rate than public transportation ridership — in part because of safety concerns on transit.

"The congestion that we had seen in New York City was the worst prior to the pandemic in the history of the city. And we’re getting back close to those levels now," said Sinclair, who noted that gasoline consumption in the region is at 85% of pre-COVID-19 levels. "So we’re not there yet, but it certainly looks like we’ll get back there if things return to normal."

Without major changes to address the growing gridlock, the report predicted that rush-hour delays on Long Island’s roadways will climb 57% by 2045, from about 650,000 hours to about 1 million hours.

Traffic congestion also is hurting Long Island’s economy by causing 3 million hours of delays each year to large commercial trucks moving goods to and from Nassau and Suffolk, resulting in an economic impact of $162 million, according to the report. The jammed roads also could discourage large companies looking to relocate from setting up shop on Long Island, the report suggested.

"Addressing Long Island’s significant traffic congestion challenges will require investment in projects, improvements or programs that can provide additional capacity along some of the state’s most heavily traveled transportation corridors, and further investment in projects that improve the efficiency of the region’s transportation system and manage the level of transportation demand," the report said. "These improvements will benefit the region by improving access, reducing delays, accommodating growth, improving economic development and the environment, and improving quality of life in the region."

To relieve the growing congestion, the report recommended that Long Island move ahead with several road projects aimed at improving capacity and efficiency, including new high-occupancy vehicle lanes, bicycle and pedestrian improvements, and expanded transit service.

Among the specific projects prioritized in the report are the reconfiguration of the Old Country Road overpass on the Seaford Oyster Bay Expressway, a new Long Island Rail Road station in East Farmingdale serving the Route 110 business corridor, and a bus rapid transit system at the Nassau Hub.

"The TRIP report on Long Island’s traffic congestion quantifies the frustration every Long Islander experiences," Herbst said. "We cannot choke in constant gridlock, or our regional economy will collapse."