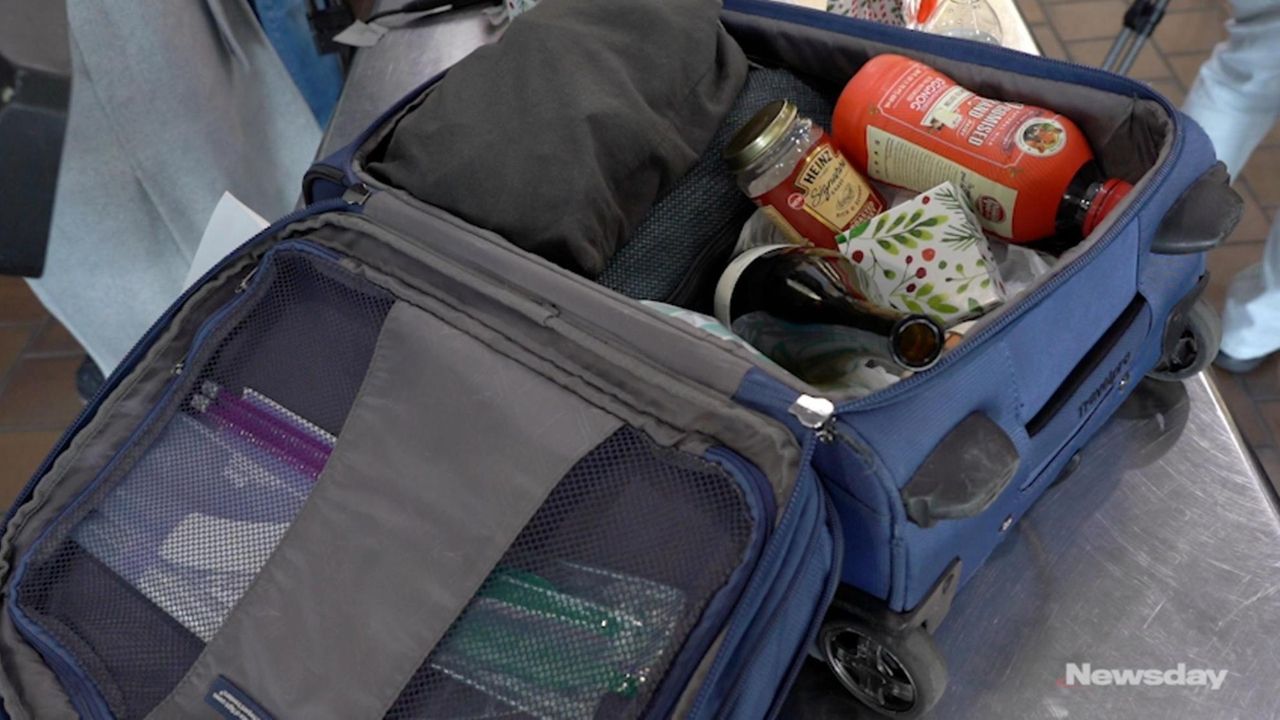 More Americans than ever — nearly 116 million — will hit the roads, skies and rails during the year-end holiday travel period, travel experts said.

For New Yorkers looking to flee the Big Apple, gridlock will be at its worst Thursday from 4:15 p.m. to 6:15 p.m., when traffic could be triple the time of a typical commute, according to AAA Northeast.

A record 115.6 million Americans are expected to travel during the 12-day holiday travel season that started Saturday and ends Jan. 2, AAA said. That's a 3.9% increase, or 4.3 million commuters, over last year, and the most since AAA began tracking holiday travel in 2000.

“Holiday cheer is at an all-time high this year, with unemployment at historically low levels, and noted improvements in both disposable income and household net worth,” said Lloyd Albert, a spokesman for AAA Northeast. “Travelers should be getting used to crowded highways and airports, as this marks the eighth straight year of new record-high travel volumes for the year-end holidays.”

More than 90% of holiday commuters — an estimated 104.8 million Americans — will travel by automobile, a 4% increase from 2018, according to INRIX, a global traffic data and analytics firm.

Relatively cheap gas prices also are helping to fuel the travel increase, AAA said. The average gas price in New York is $2.68 per gallon, two cents cheaper than this time last year, but 14 cents more expensive than the national average of $2.54 per gallon, AAA said. AAA forecasts that gas prices nationwide will settle between $2.40 and $2.45 per gallon before year's end.

But road trippers planning to rent a car this week may wake up with coal in their stocking. The average daily car rental prices will reach $84 between Christmas and New Year’s Day, the highest price in a decade and an 11% jump from 2018, according to AAA’s Leisure Travel Index.

Nearly 7 million Americans are expected to fly to their holiday destination, a 5% uptick from last year and the most since 2003, AAA said.

Air travelers generally leave for their destinations at least two to four days before Christmas. The busiest day at area airports was Sunday, according to AAA flight booking data.

The Transportation Security Administration said it expects to screen upward of 50,000 passengers and crew per day at LaGuardia Airport leading up to, and immediately after Christmas and New Year’s — a 16% jump from an average daily screening of about 43,000 passengers.

JFK International Airport and Newark Liberty International also expect major upticks in passengers during the last week of the year, according to the TSA, which urged travelers to arrive at security checkpoints two hours before their domestic flights.

On average, air travelers are paying between $593 and $639 for their flights, AAA said. The most popular getaways are warm-weather destinations such as Orlando, Cancun, Mexico, Anaheim, California, and Honolulu.

Another 3.8 million Americans will reach their holiday destination by train, bus or cruise ship, a 3% spike from 2018, AAA said.

By rail, the Long Island Rail Road will provide 13 extra afternoon trains from Penn Station on Christmas Eve for those leaving early for the holiday. They include six additional trains on the Babylon Branch line; three more on the Port Jefferson Branch line; two on the Ronkonkoma Branch line, and one each on the Port Washington and Far Rockaway branch lines.

On Christmas Day, LIRR trains will operate on a weekend/holiday schedule, and off-peak fares will be in effect all day.

Analysis: School taxes could go up average 1.38%, lowest increase in five years
AG James on lookout for gas price gouging
Amityville teacher suspended over alleged racist comment
Events set on LI today to vaccinate kids 12 to 15
Office-occupancy gains lag in NYC, on LI
1:04
10 years ago, they were valedictorians. Where are they now?
Didn’t find what you were looking for?