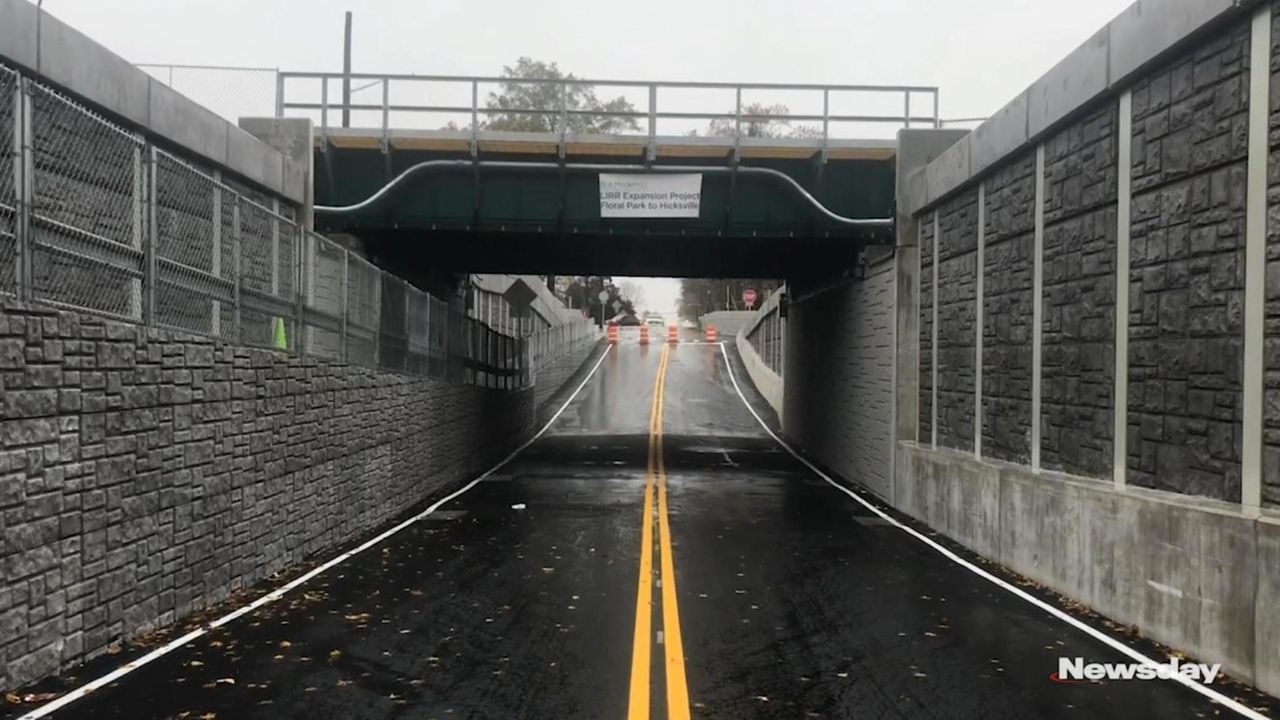 Elected leaders and MTA officials gathered in Westbury to mark the opening of a new roadway underpass at the former site of the School Street LIRR grade crossing, where three people were killed in a Feb. 2019 accident. Credit: Newsday / Alfonso Castillo

Cars can now drive under the LIRR tracks in Westbury at the former site of a dangerous grade crossing where two trains struck a car nearly two years ago, killing three people.

MTA officials and elected leaders gathered Friday at the newly completed underpass at School Street in Westbury to celebrate the completion of the grade crossing elimination project — part of the LIRR’s $2.6 billion effort to construct a Third Track between Floral Park and Hicksville.

"I can’t believe it was just last year. It seems like a lifetime ago," Nassau County Executive Laura Curran said of the deadly crash, which police say occurred when a vehicle, fleeing the scene of a minor car accident, drove around lowered safety gates at the crossing and into the path of two trains going in opposite directions.

"There had been others before where people had lost their lives. Terrible accidents. This will make this much safer for people who are driving by," Curran said.

Over a weekend last month, crews excavated the land below the railroad’s tracks at the crossing, and installed a prefabricated rail bridge in its place. The new roadway configuration, which opened to vehicular traffic on Friday, features two lanes and a pedestrian sidewalk.

In a statement, Gov. Andrew M. Cuomo said the project is the latest example of New York leading the nation in "modernizing and strengthening our transportation infrastructure."

Removing the grade crossing was a key selling point in the efforts by the State and the Metropolitan Transportation Authority to win local support for the Third Track project, which had been stymied for years by residents’ concerns about the impact from construction.

In addition to improving safety, project officials have said the elimination of the crossings will reduce traffic congestion, noise pollution from train horns, and air pollution from cars idling while gates are down.

"I can’t emphasize how important and transformative these grade crossing eliminations, like the one that we are celebrating today, are for Long Island," MTA Chief Development Officer Janno Lieber said.

Although the Third Track is being built entirely on the LIRR’s property, the grade crossing eliminations have required uprooting some businesses near the project sites, including a hardware manufacturer that had operated near the School Street crossing for 35 years until being forced to relocate in 2018.