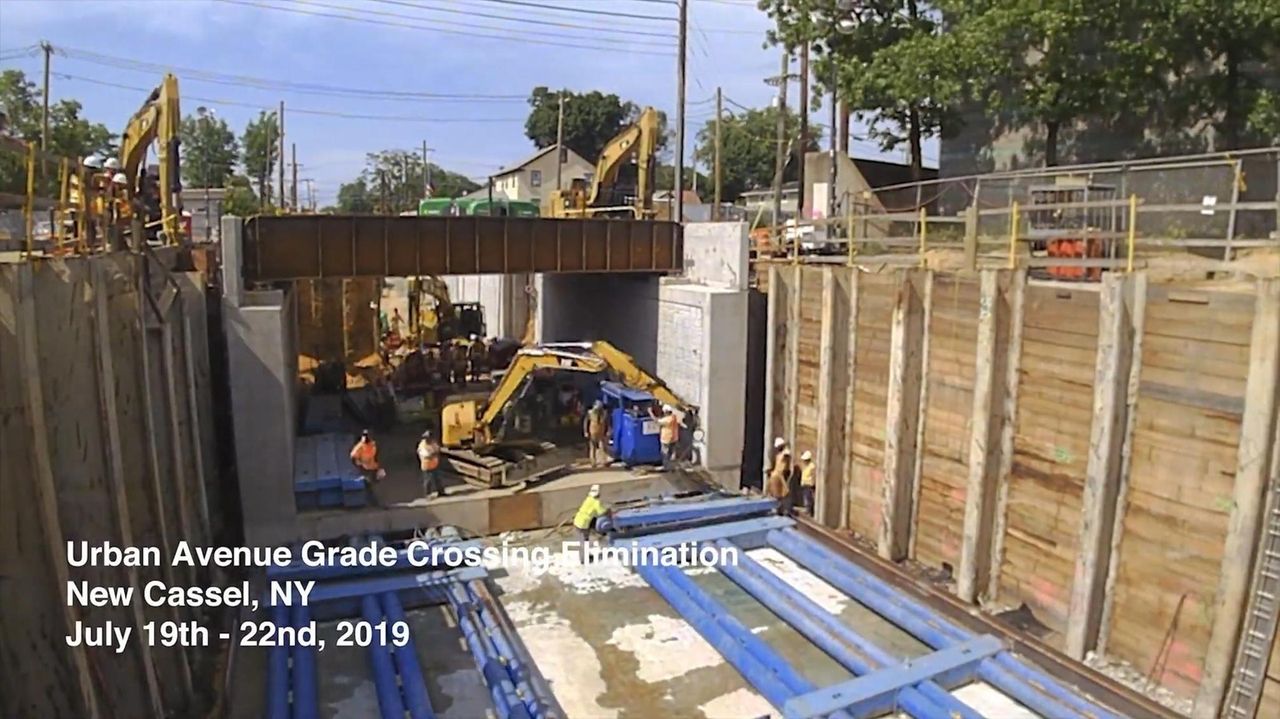 The LIRR on Thursday unveiled a new roadway underpass to replace a once-dangerous LIRR grade crossing on Urban Avenue in New Cassel, six months after construction begam. Watch a time lapse of the work. Credit: MTA

Cars and trains will no longer cross paths at a New Cassel intersection, as the LIRR on Thursday unveiled a new roadway underpass at the site of a once-dangerous railroad crossing.

Six months after construction began on the effort to eliminate the Urban Avenue grade crossing, officials on Thursday cut the ribbon on a two-lane underpass with a pedestrian sidewalk, all running beneath the railroad tracks.

The newly configured roadway replaces a grade crossing considered the third mostly likely to have a collision among the nearly 300 LIRR crossings across Nassau and Suffolk, according to a Federal Railroad Administration database.

MTA police Deputy Chief Joseph Martelli said over the last five years they have responded to 120 calls at the New Cassel site for service, including for trespassers, broken gates, and accidents. Just west of the crossing, three people were killed in February when the car they were in went through downed gates at the School Street crossing and was struck by two separate trains. That crossing is expected to be replaced with an underpass next year.

“The tragic events in February — just a few blocks up the road — should serve as a painful reminder, and also show the positives of this project,” Martelli said.

The Urban Avenue crossing is the first of eight to be eliminated as part of the LIRR’s $2.6 billion effort to construct a 9.8-mile-long third track on its Main Line between Floral Park and Hicksville. There have been at least 13 people killed at those eight crossings since 2007, LIRR officials said. In addition to improving safety, project officials have said eliminating the crossings will do away with traffic congestion and air pollution caused by long lines of cars backed up behind downed gates. 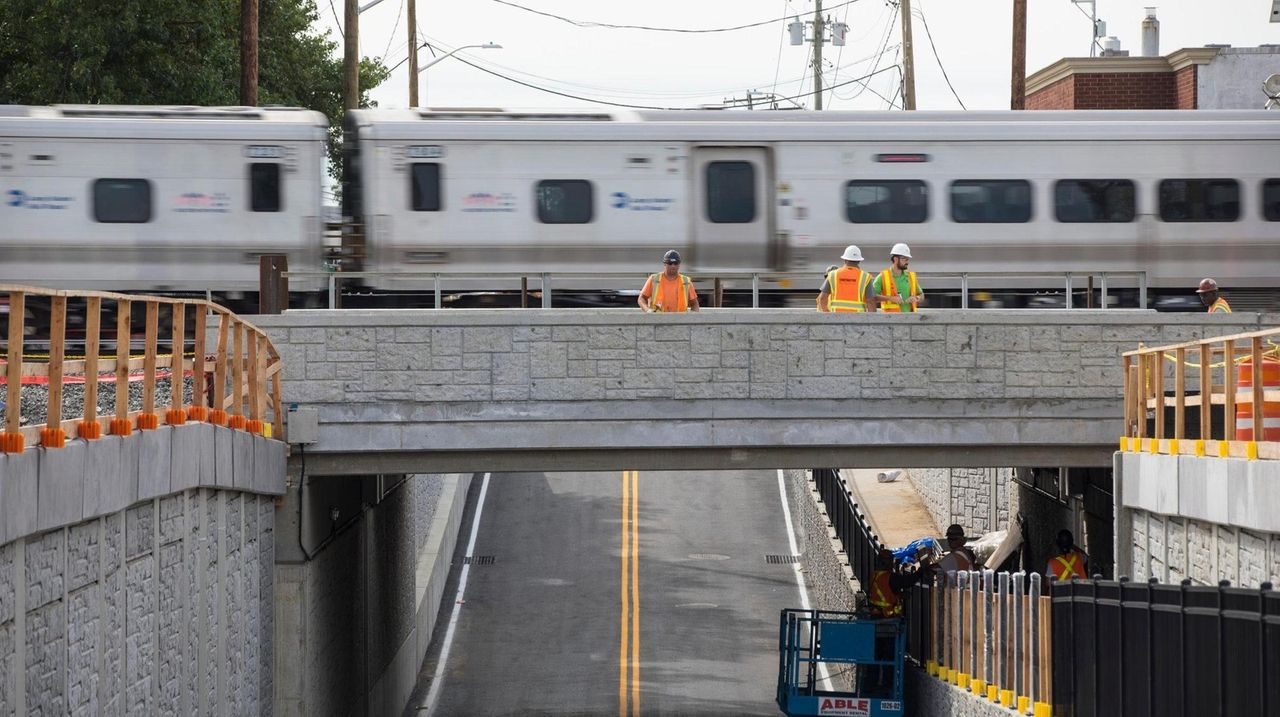 Despite the potential benefits of the Third Track — which railroad officials say will expand their capacity by as much as 45 percent and reduce the potential impact of unexpected service disruptions — the construction, and related road closures, have caused some inconvenience to residents near the LIRR’s tracks.

Still Carol Garrison, who lives on Railroad Avenue in New Cassell, said the noise of the heavy construction equipment is a small price to pay for getting rid of the Urban Avenue grade crossing, and all the headaches that came with it.

“You know what’s noisy? Them damn trains is what’s noisy,” said Garrison, 52, describing the blaring horns of the trains as they passed through the crossings. “This is the best thing that could have happened.”

In 2016, Gov. Andrew M. Cuomo revived the project, which had been stymied for decades by opposition from residents living near the railroad’s Main Line.

Cuomo and the MTA have touted the Third Track project as an early prototype for a new approach to major infrastructure projects in the state. The MTA hired one contractor to both design and build the project, and built in financial incentives and penalties into the contract to ensure it is completed on time and with minimal impact to neighboring residents.

“For this project, we said ‘Nuh-uh. We are going to get the grade crossing eliminations done in six months,’ ” Lieber said at a ribbon-cutting ceremony Thursday morning. “We are building this project step by step, and we want to do it in a way that will build credibility with Long Island.”

Over a weekend in July, workers excavated the land beneath the railroad’s tracks and pushed in a prefabricated 3.5 million-pound bridge/tunnel. The new configuration includes a two-lane road and pedestrian sidewalk.

Use the slider tool above by dragging the white circle with your finger -- or your mouse on desktop computers -- to see what the LIRR crossing at Urban Avenue in New Cassel looked like in March 2016 compared to the underpass that has replaced it. Credit: Danielle Finkelstein/Chris Ware

After the new underpass was formally opened , a motorcade of police and fire vehicles cruised through it to a round of applause from the audience of officials from the MTA and project contractor 3TC, labor leaders, and politicians. LIRR President Phillip Eng, standing in front of the new underpass Thursday, called it a “monumental feat.”

“No longer will the gates be down for more than a half-hour out of every 60 minutes in the peak hours. No longer will our trains have to blow their horns,” Eng said. “It’s a testament to us finding new ways of doing things, being sensitive to the community, and showing that we can deliver on our commitments.”