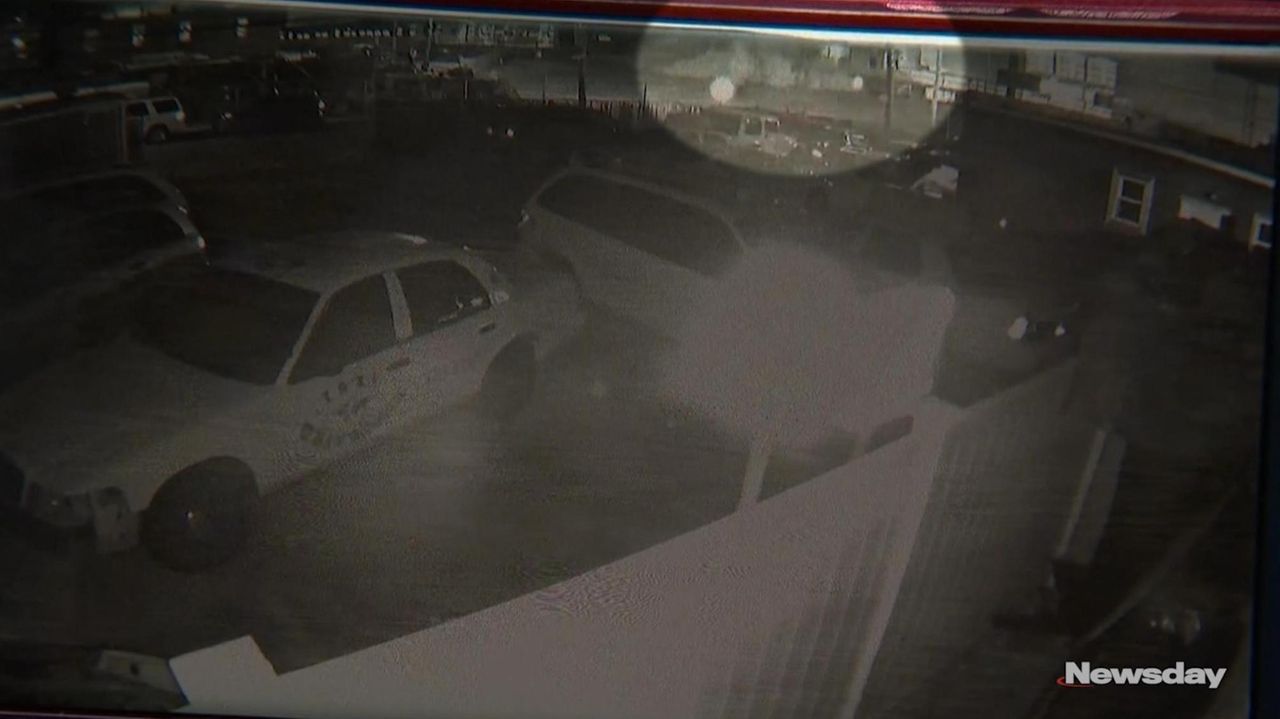 On Thursday, Newsday obtained surveillance footage, from Taxi Universal, of the Long Island Rail Road crash that killed three passengers after the vehicle they were traveling in was struck by a train Tuesday evening at a railroad crossing in Westbury.  Credit: Taxi Universal

The three men were friends. They carpooled together to work, to the barbershop, to restaurants.

But now the trio will be forever linked to a horrific accident in which, police said, they tried to "beat the train" Tuesday evening at a railroad crossing in Westbury. Their burgundy SUV got caught between two trains going in opposite directions, police said.

After the collision, the westbound train derailed and traveled about 800 feet before crashing into the concrete platform at the Westbury station. All three men died.

On Thursday, authorities identified two of the men: Miguel Angel Jimenez Luna, 36, and Saul Martinez Caravantes, 28, both of Westbury. The third person's identity must await DNA testing, which could take at least a week, authorities said. 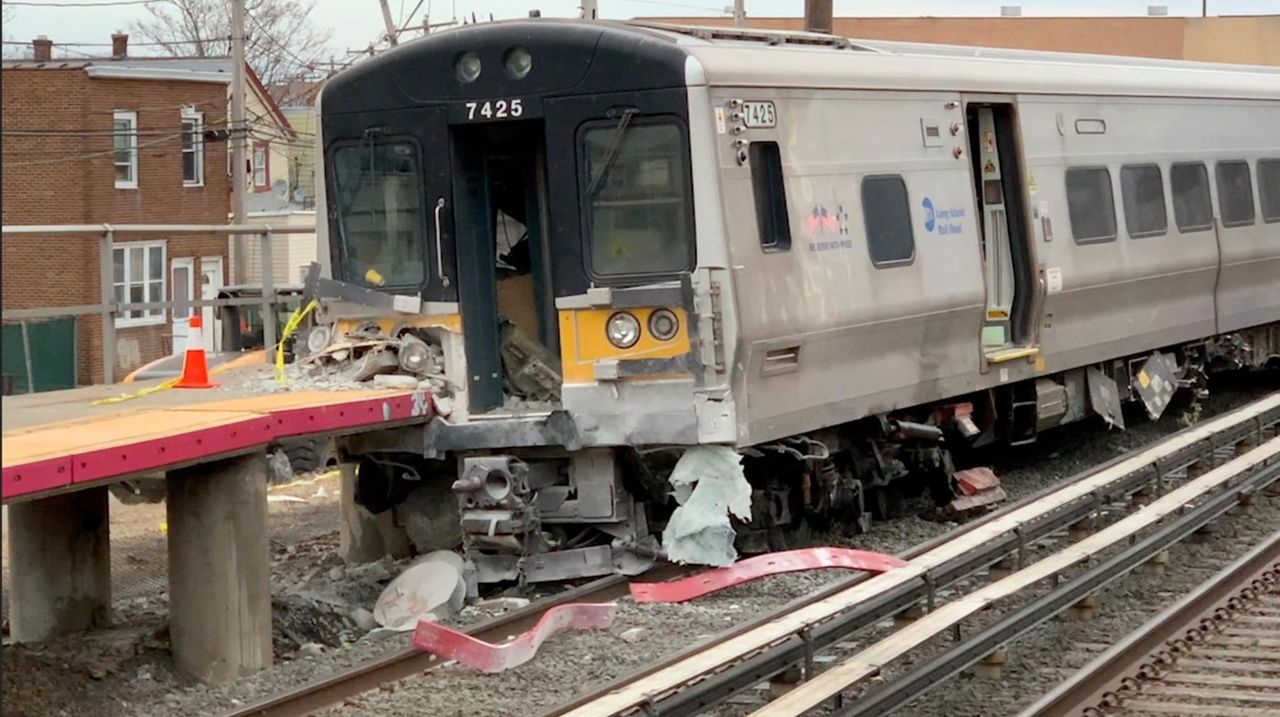 Cops: Witness says car in wreck was fleeing other crash On Wednesday, Nassau County police said a witness told police that the vehicle involved in the Long Island Rail Road crash Tuesday evening had fled the scene of a minor car crash moments before it attempted to go around a lowered railroad gate in Westbury. Credit: Newsday

After the train crash, Nassau County Executive Laura Curran called the men's railroad gambit a "cautionary tale — that you just don’t try to beat the train. It’s not going to work.”

By Thursday, a fuller portrait of these three friends emerged. They all worked at the Fine Fare Supermarket on Old Country Road in Westbury. Jimenez Luna was the manager of the meat section, and Martinez Caravantes worked in that section. The third man, their co-workers said, managed the dairy department.

Front end manager Giovanny Taveras said workers have been solemn since the deaths of their co-workers. The sorrow could be seen in the care they took putting together a memorial and fundraising table for the families of the men.

They set a table in front of the cash registers and covered it with a white cloth. Memorial candles were set on the table and kept lit, along with some black ribbon and balloons. A large plastic jug was stuffed with dollar bills. A little sign asked for donations.

"We thank you for your support for their families, in loving memory of our dear friends and co-workers," the sign said. 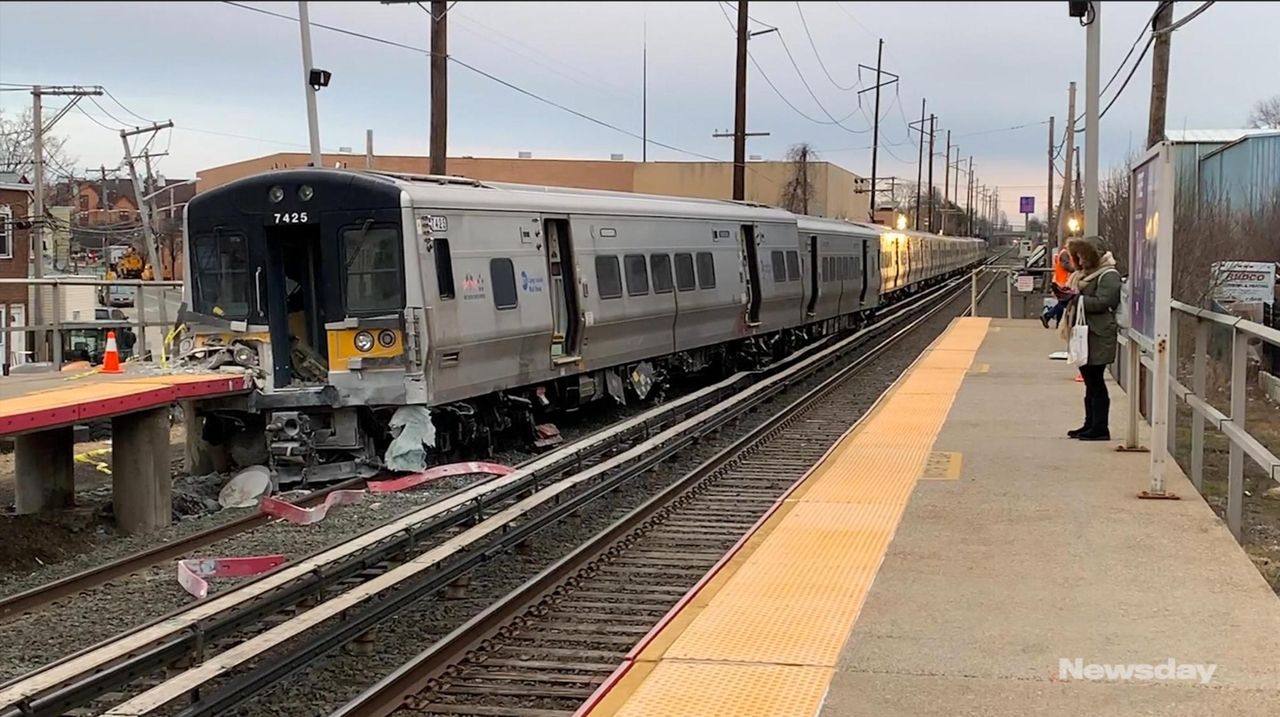 Newsday staffers on derailed train recall experience On Wednesday, two Newsday staffers who were aboard the train that derailed on Tuesday night, talked about their experiences during the moment of impact and what followed in the moments after the crash.  Credit: News 12 Long Island; Newsday / Staff

Back in the seafood department, manager Raul Rivers said Martinez Caravantes, a native of El Salvador, was the father of one young girl and two boys. He was a big soccer fan and often joined other workers for games at a park.

He was the "new guy," having been there about eight months, workers said.

"He was a good person, always happy," Rivers said. "He never fought with anyone."

Taveras, noting that Jimenez Luna was in charge of the meat department, paid him a great compliment. 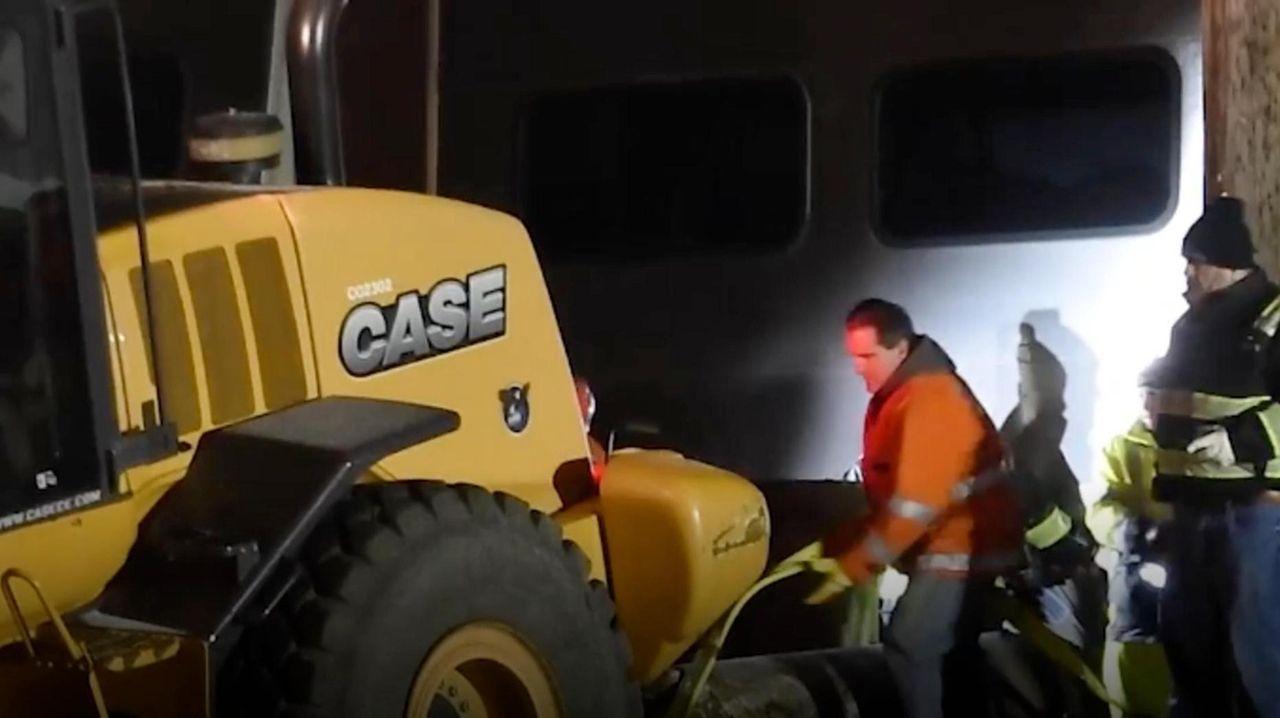 "We never had any complaints about the meat," he said.

"He'd say he was going to leave this country and go live there" with his family, Rivers said.

The third man, who has yet to be identified by police, was the manager of the dairy section, Rivers said. Single, with no children, he had worked at the store for about six years, Rivers added. The man had recently purchased land in Mexico, where he hoped to build a house. He often talked about sending money home to his mother in Mexico, Rivers said.

The supermarket is a major hub of activity in an area of Westbury with many Latinos. Strip malls are lined with stores catering to Hispanics. The supermarket is about half a mile from the site of the train crash at the School Street grade crossing.

The three put in a full day at Fine Fare, leaving together at 4 p.m., Taveras said. They got in the SUV and traveled to Los Primos Barbershop on Union Avenue. It's just a 5-minute drive down Old Country Road, turning right onto School Street and left on Union.

Jimenez Luna was a barbershop regular who dropped in about twice a month to get touch-ups, barber Candido de Leon said. Jimenez Luna liked his haircut with a part to the right and a tightly cropped fade in the back, de Leon said.

All three men came into the shop Tuesday afternoon, de Leon said. Jimenez Luna told the barber the others would be his new customers.

When the haircut was complete, de Leon kidded Jimenez Luna about how great he looked.

“I joked with him, ‘How many girlfriends are you going to get today?’ ” de Leon said, speaking in Spanish.

Jimenez Luna laughed and said he might well meet a girl that night.

The three men left the barbershop about 5:30 p.m., de Leon said. They proceeded into the restaurant next door, barbershop owner Fernando Villar said.

There was one person in the other car, a 2018 Honda, and the location of the accident was School Street and Union Avenue, right by the restaurant and barbershop, police said.

The three men fled from that accident, police said.

Moments later, heading south on School Street, the SUV carrying the three men attempted to get around the railroad gates, and was struck by a slow-moving eastbound train, Nassau Police Commissioner Patrick Ryder said.

The SUV “spun out” and was hit again by a westbound train moving at full speed, Ryder said.

The vehicle was “sandwiched” between the trains and erupted into a fireball, Ryder said.

On Thursday afternoon, de Leon struggled to grasp how the men he was speaking to only days ago had died so tragically.

“It’s very sad," de Leon said. "They were all hard workers. They came here, like any other immigrants, to make a living, improve their lives and help their families back home. I don’t know what happened. It was a mistake, I guess.”

With Ellen Yan and Newsday staff