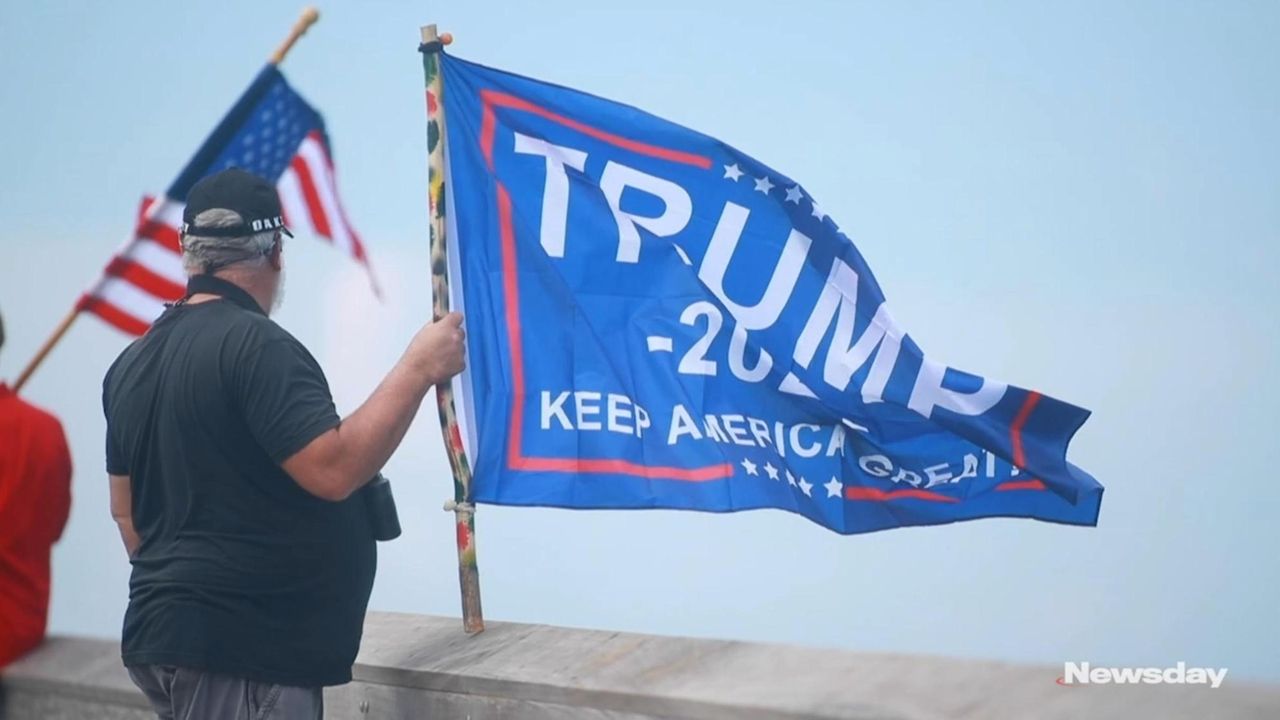 The presidential campaign floated out to Long Island Sunday as boaters of every variety motored through Shinnecock Bay to support President Donald Trump and law enforcement.

Interspersed with fishermen casting lures from a jetty, Trump supporters stood on land and docks waving to the boats and cheering. Those on boats responded with joyful bellows and brief chants of “four more years.” A bagpiper played from a boat. A person in an Elmo costume, sans furry feet, cheered from the roof of one boat. One flag said “Never Biden,” another read “Make liberals Cry Again.”

Sunday's parade was one of a number of recent flotillas of boaters supporting Trump, including one in the Great South Bay attended by Trump’s late brother Robert Trump in late June.

A flyer advertising the event billed it as supporting both Trump and law enforcement.

“It’s a unique way to show support,” said Frank Lapinski, 64, of East Moriches, who is retired from law enforcement and watched the parade from a jetty along the inlet. “It’s a chance to show my patriotism.”

John Noonan, 73, of Hampton Bays, who was also on the jetty, called the fleet of pro-Trump boats “a great sight to see. It’s a great show of support.”

Freddie Hughes, a board of elections worker, said Trump “wants for America. He wants for we the people.”

Her husband George Hughes added “police officers are taking it on the chin and I don’t think there’s any reason for it.”

Long Island and the nation had seen a steady stream of protests from Black Lives Matter supporters in the wake of George Floyd's death after a Minneapolis police officer knelt on his neck on May 25.

Coast Guard Petty Officer Spencer Harrison said there were no incidents to report from the Trump flotilla. He estimated more than 100 boats took part but other observers said they counted more than 200 crafts.