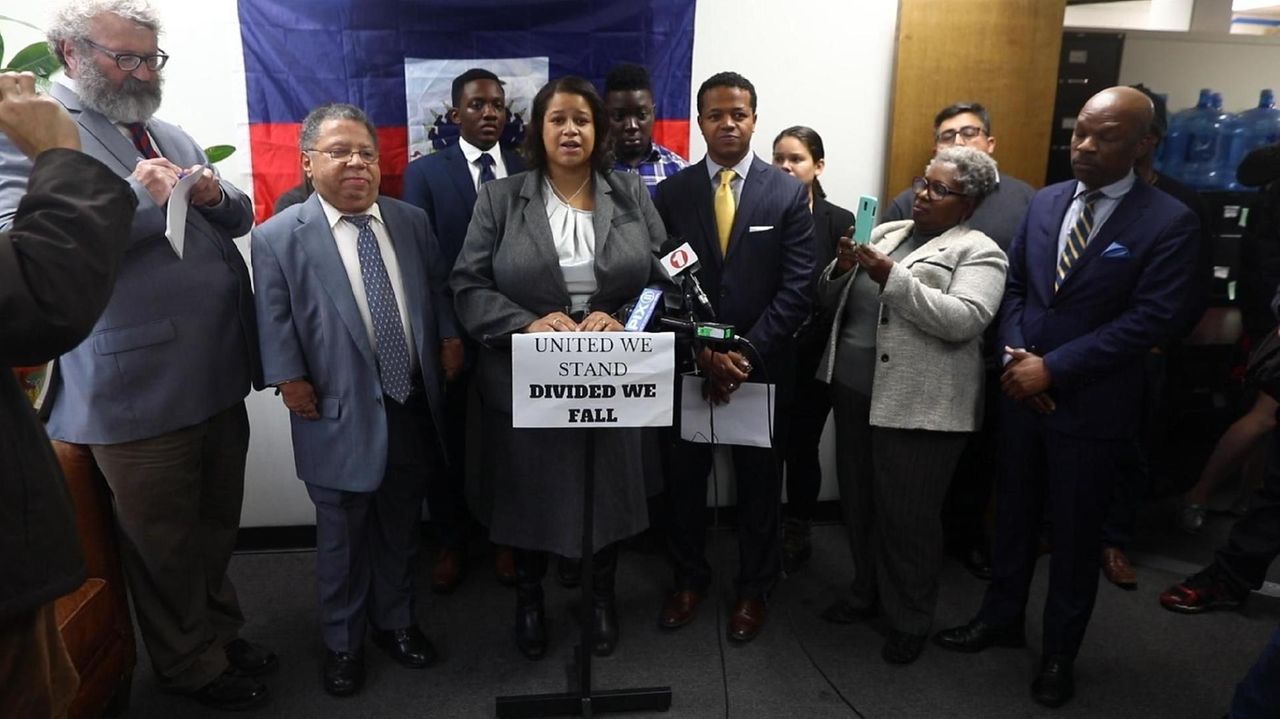 On Friday, Jan. 12, 2018, in Hempstead, community lawmakers and groups held a news conference to denounce President Donald Trump's use of vulgar terms to describe Haiti and Africa at a meeting about immigration. Credit: Newsday / Chris Ware

Among the critics, New York Gov. Andrew M. Cuomo, appearing at the swearing-in of the first black sheriff in Suffolk County, said he couldn’t repeat Trump’s words without disrespecting his office of governor.

Instead, Cuomo lauded the United States for welcoming all “no matter what race, what color, what creed, what income level, what education level,” and as an experiment that’s worked well.

“Look around this room,” Cuomo told those at the inaugural of Errol Toulon Jr. “We’re all from different places. And nobody came here rich and powerful.” 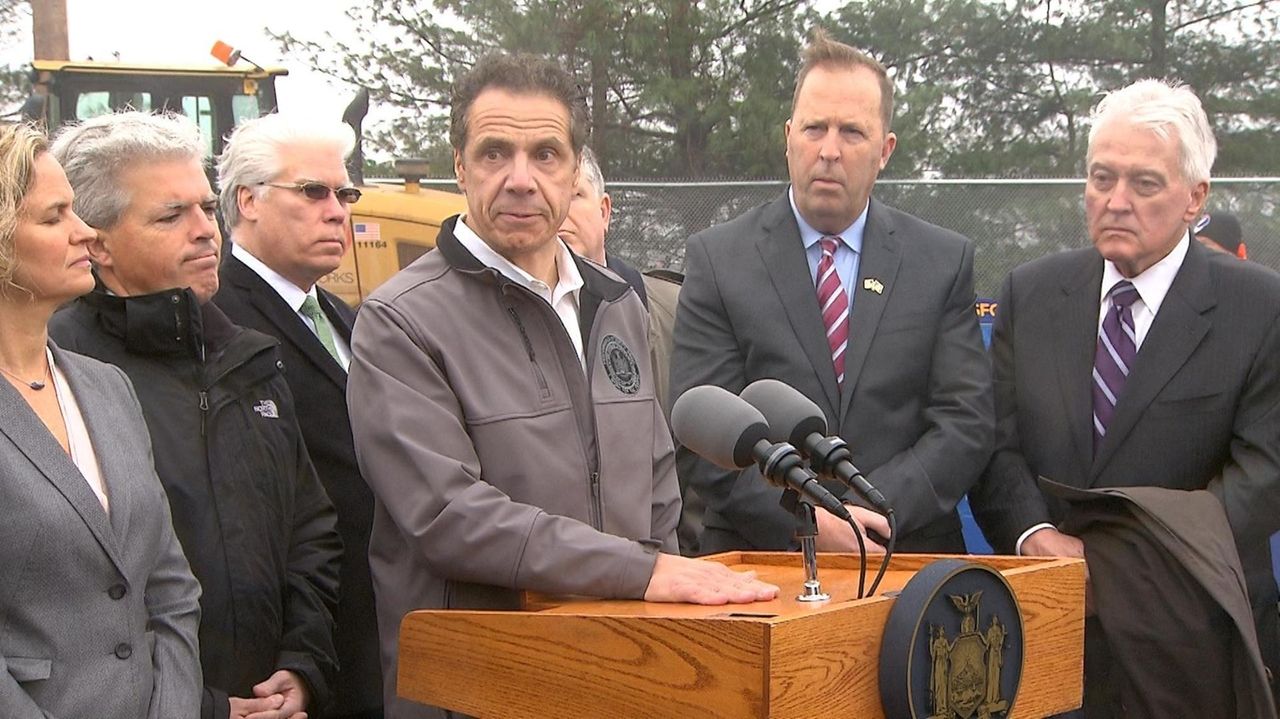 “People who came here were the poor, the huddled masses,” he continued. “And they came with the clothes on their back but a desire in their heart to do better and the promise in this country was you could do better here. And that’s everyone’s story.”

Trump’s words, as widely reported, cast the homelands of people from Haiti, El Salvador and poor African nations as “shithole countries” during a discussion Thursday at the White House on immigration.

Trump was reported to have said he’d prefer immigration from places like Norway.

The president on Friday denied saying “anything derogatory,” though he did acknowledge on Twitter that: “The language used by me . . . was tough.” He said he didn’t insult Haitians, other than to say that Haiti “is obviously, a very poor and troubled country.”

Leaders in Long Island’s Haitian, Salvadoran and immigrant-advocacy communities, who gathered at a news conference Friday in Hempstead, said the controversy confirms their belief that the administration is pursuing biased and racist policies.

“Enough is enough,” said Maryse Emmanuel-Garcy, 65, co-founder of the Haitian American Family of Long Island Inc., a nonprofit in Freeport. “We are enraged, but the pain that we went to bed with” on learning of those remarks “woke us up with actions to be taken.”

Others in the room agreed, saying that the terms should serve as a wake-up call for political action.

“As a young Salvadoran-American, I’m outraged,” said Siomara Umana, 29, staff attorney with the Central American Refugee Center in Hempstead. “My family, like many other immigrant families, have come to the U.S. in pursuit of a better life and in turn we have helped the economy. The president has no right to cast an image . . . that is not representative of our communities.”

Area politicians mostly condemned the remarks, though Rep. Lee Zeldin (R-Shirley) seemed to give Trump the benefit of the doubt.

Tweets posted Thursday night in one of Zeldin’s verified accounts said that Trump “wasn’t elected for his ability or willingness to be politically correct,” and added that “there are many nations in the world struggling mightily . . . politically & economically” with “poor infrastructure, schools, physical security & more.”

Zeldin added that he isn’t going “to call for the President’s mouth to be washed out w soap.” He could not be reached for comment on Friday.

Rep. Peter King (R-Seaford), often a Trump ally, said that “President Trump’s comment regarding certain immigrant groups was clearly wrong” and he praised the contributions of Salvadoran and Haitian communities.

Abiodun Ojo, a first-generation American from Valley Stream born to Nigerian parents, joined the advocates’ news conference. The college student, 19, said the “vulgarities” said about his community are “extremely disheartening.

“My hope and dream is that we tackle this racism at its face and we don’t take this as the norm for America, because at the end of the day America is built on immigrants,” Ojo said. “I feel like that’s what makes us great.”

Senator: Trump said 'hate-filled things' repeatedlyPresident Donald Trump tweeted: "The language used by me at the DACA meeting was tough, but this was not the language used." 9 LI immigrants define their American DreamWhat's it like to uproot yourself, your family, and move to a country where you might not know the language or way of life and rebuild your life from scratch? Long Island is home to many who took on these challenges and traveled from countries such as Haiti, Zimbabwe and Russia to pursue a better life in America. Letters: Readers react to Trump profanityReaders reacted strongly to reports that President Donald Trump used profanity in a White House meeting to describe Haiti and some African nations. Trump tweets: End Mueller probe, collusion not a crime, moreSee President Trump's latest noteworthy tweets.