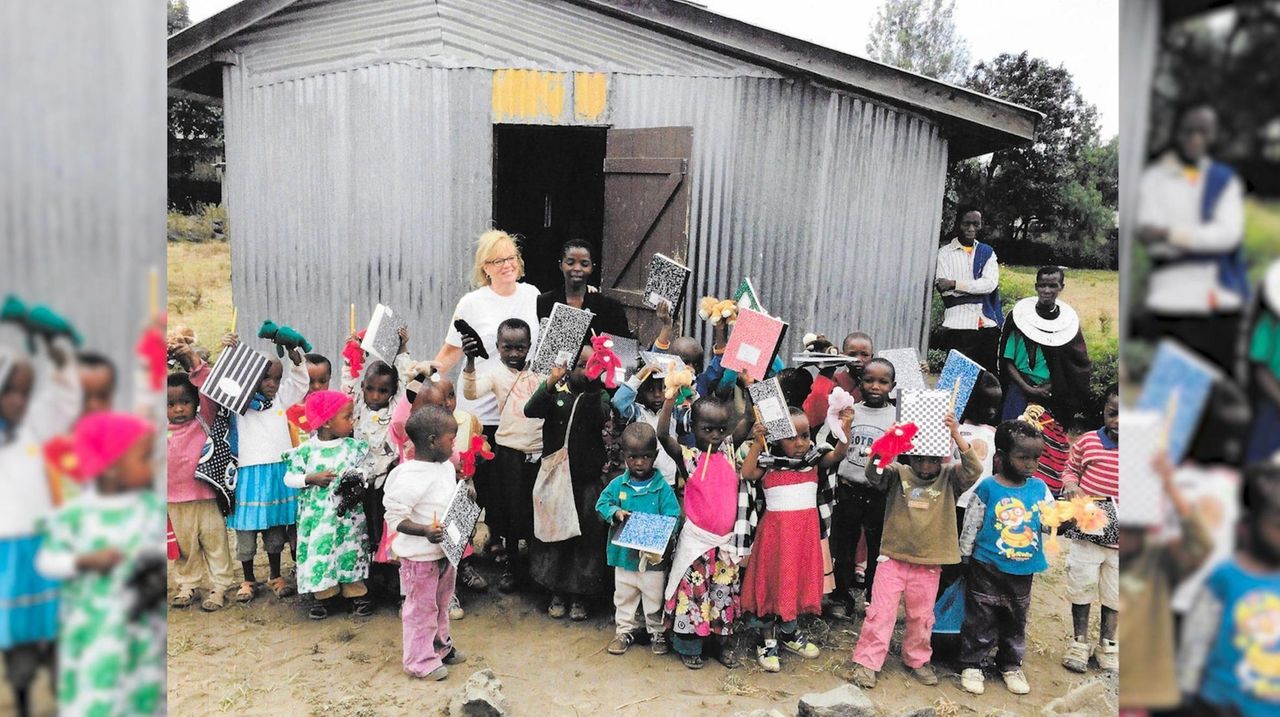 President Donald Trump's expanded travel ban is impacting many Long Islanders in different ways. Deborah Mazura, who runs the Eastport-based Seeds of Hope Tanzania charity, says the ban could impede her ability to bring over beneficiaries of the charity to Long Island. Credit: Veronique Louis

Yemi Ojeyemi, 53, of Copiague, a native of Nigeria, said she recognizes why the United States government is concerned about security and protecting the nation from threats abroad, some of the stated reasons behind the latest expansion of President Donald Trump’s travel restrictions, starting this month, to six additional countries that include her homeland.

But she is also concerned about the collateral consequences on her family and people like them — on Long Island, in the United States and beyond.

“I do understand it's to protect this nation,” said Ojeyemi, who lived in Lagos, immigrated to the United States, and now works in the administration building for Northwell Health in Lake Success. “At the same time, it's going to affect other people that are innocent.”

Ojeyemi came to the United States in 1996 after her husband won a visa lottery and he brought her under family immigration policies at the time. She has brought her mother over — who has since moved to Texas from Long Island — and the family has been hoping to reunite with her sisters, a banker and registered nurse, and her brother, a mechanical engineer.

“I want my siblings to have the same opportunities that I have. I mean, getting an education here is one of the best things that happened to me,” she said. “I don't know how that's going to go now.”

The family who are now all American citizens has been trying since 2015, when the application was filed, to bring her siblings over. Now, with the restrictions being implemented by Trump, that is all uncertain.

“I love this country and I enjoy all the benefits that I have, but at the same time I still understand how it's going to affect other people,” she said.

Christians in Nigeria are being persecuted, pastor says

Nigerians come to the United States for various reasons, according to Pastor Modupe Emmanuel of Jesus Friends Assembly in Hauppauge.

There are urgent needs, such as escaping religious persecution. (“The church in Nigeria is being persecuted. Christians are being killed,” she said.)   And everyday reasons, such as visiting loved ones and attending weddings. (“There are people who have families in Nigeria, for example, and they want their families to come over — to stay, to go to school to attend their weddings,” she said.)

“The United States is safe.” she said. “The country’s secure. We know that.”

President Trump has said he wants to address the persecution of Christians in Nigeria. In 2018, according to a transcript posted on the White House website, he said: “We’ve had very serious problems with Christians who have been murdered, killed in Nigeria. We’re going to be working on that problem, and working on that problem very, very hard, because we can’t allow that to happen.”

Last spring, Pew Research found that Nigerians’ view of Trump is more favorable than among people in many other nations: 58% of adults there said they had confidence in him to do the right thing on world affairs, in contrast to a median of 29% across 32 other surveyed nations.

The travel restrictions would impact local Nigerians, including immigrants who are here and those who live there, according to Emmanuel.

“I think everyone in the United States [who is an immigrant] would at some point . . .  want to have their family come visit — parents, sisters, children and all that.”

She added: “We hold weddings and people come.”

Deborah Mazura of Eastport, who runs the Seeds of Hope Tanzania charity, and who has hosted four Tanzanians on Long Island since 2007, is concerned about the impact the travel restrictions will have on some of the people who need help the most.

“There’s a lot of good work that goes on,” said Mazura of the charity.

Seeds of Hope helps families and children in the East African nation “overcome extreme poverty, with a particular focus on orphaned children” and helps Tanzanians learn best practices from the United States and Long Island to bring back to Africa.

For example, the charity shows Tanzanians group-home settings and organizations that help people with special needs and allows them “to be able to take that back with them.”

The travel restrictions could dampen her ability to bring over beneficiaries of the charity to Long Island to discuss with sponsors the good work being done, Mazura said.

“They can come over and say, 'Yes Seeds of Hope has dug a well. It’s helped 130 children in our orphanage,' ” she said. “It helps for people to understand the impact that our charity is having.”

Faraja Deo Tarimo, 28, of Tanzania, hoped to come to Long Island this spring to learn more about how to help special needs children and adults he works with.

Among their conditions at the Step-by-Step Learning Centre where he works: autism, mild paralysis, Down syndrome, cerebral palsy, ADHD, bone deformity and slow learning.

"I would be able to see special education programs," he said in text interview over WhatsApp, "and it would help me bring new knowledge and ideas to Step-by-Step!"

But his visa has already been denied — it was to be April 5 to April 26 — and now with the travel restrictions being put in place by Trump, it could be more difficult for him to visit Long Island and bring back best practices for his organization.

There is also a deeply personal reason he wants to visit the United States: to see Raeann Mariella, 26, of Patchogue; the two have had a romantic connection since 2013, when she visited Tanzania. She has been going back ever since.

"She has a golden ❤, for all these years she has been there for me understanding me, very caring ... She has a heart of helping and thinking about others who are down and encourage them that life is beautiful. Also I love how passionate she’s about her job! She’s the BEST and I just feel special with her," he wrote.

The two are in the same profession. She works as a residential supervisor of a group home in Mastic for adults.

"We just instantly connected, and I just felt like there was something there," she said in an interview. She added: "He is the best man beside my father and beside God that I can think of. His heart is just unlike anybody’s and that’s what I want to be with."

During his visit, she said, she would have shown him the organization where she works. Also an accountant, he wanted to learn about financial systems and fundraising for the organization.

“I would like to improve the techniques we’re using in the adult program but also to come up with a solid business plan for [these] adult students to earn income from these projects they are doing,” he said. “Here in Tanzania mental challenged adults ... they can’t be employed as normal people because of their situation.”

Now that's all uncertain. Tarimo says he hopes it's possible the two will be able to be together, despite the new travel restrictions.

"Yes, I’m concerned it will make it harder for us but I don’t want to worry much about that. I believe and trust things will work out and even if it won’t work, she will be coming to Tanzania and we will make it here," he said. "For the time being I have to concentrate on my work and the passion I have for disabled people and my country."

He added: "She’s my best friend and she’s one of the most special people in my life. We look forward to have a future together."