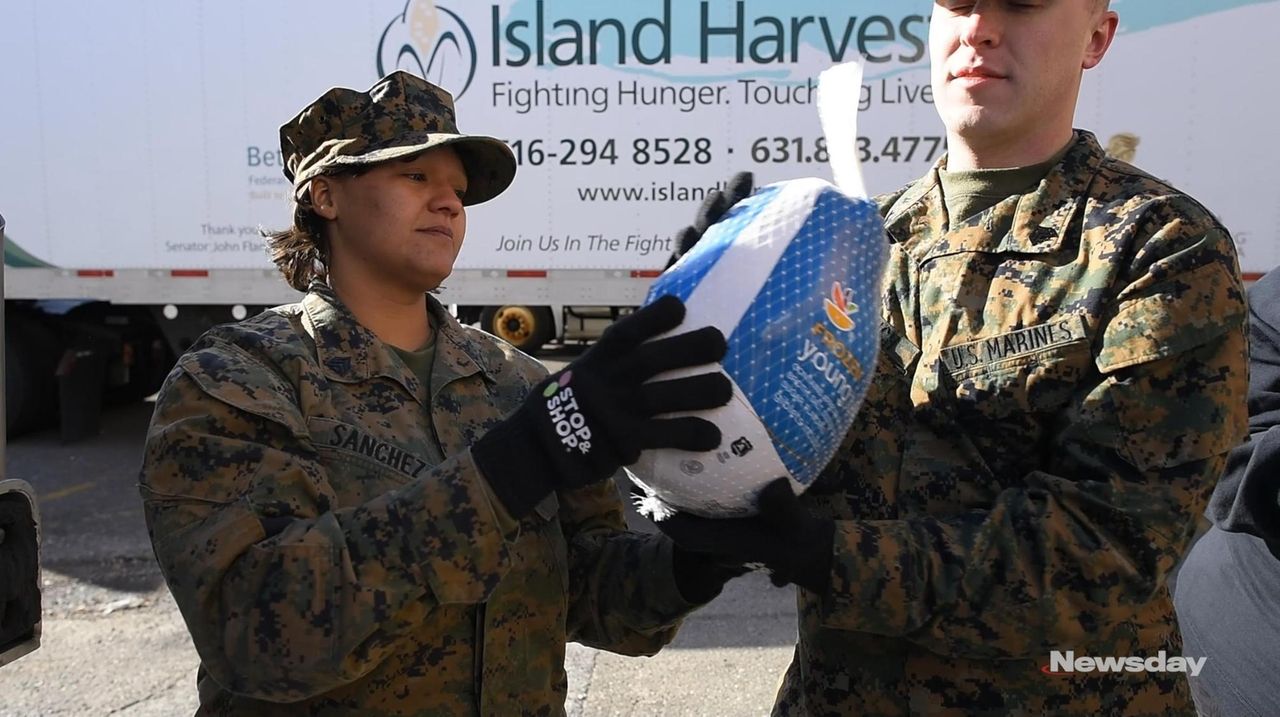 So that no one goes hungry on Thanksgiving, nearly two dozen Marines led by Master Sgt. Jose Vasquez on Wednesday lifted, loaded and delivered 2,000 turkeys donated by the Stop & Shop Supermarket chain to a pair of Long Island food banks.

"It’s a great opportunity for Marines to actually show face, and show that we are giving back to the community which supports us," Vasquez, a Brooklyn native who enlisted in 1998, said in a phone interview. "There's a lot of hunger going on in the world; if we can end up helping out with that, that makes us feel good."

Garden City's 2nd Battalion, 25th Marines Regiment, has handled infinitely more arduous and lethal tasks, but their charitable role is nothing to scoff at. Vasquez, who has served three tours in Iraq and Afghanistan, estimated the turkeys each weigh from 12 to 25 pounds. So he and his fellow Marines, many of whom also have done Mideast tours, picked up, loaded and unloaded as much as 18 tons of what Jennifer Brogan, the store's director of community relations, called "critical protein."

The turkeys — about 11% of the 18,000 birds the supermarket is donating to food banks in the states it serves — are being trucked to Hauppauge's Island Harvest Food Bank and Long Island Cares Inc. The Harry Chapin Food Bank.

Brogan called giving away perishables and nonperishables, including hams at Easter, "an integral part of our business," for the Quincy, Massachusetts-based grocery.