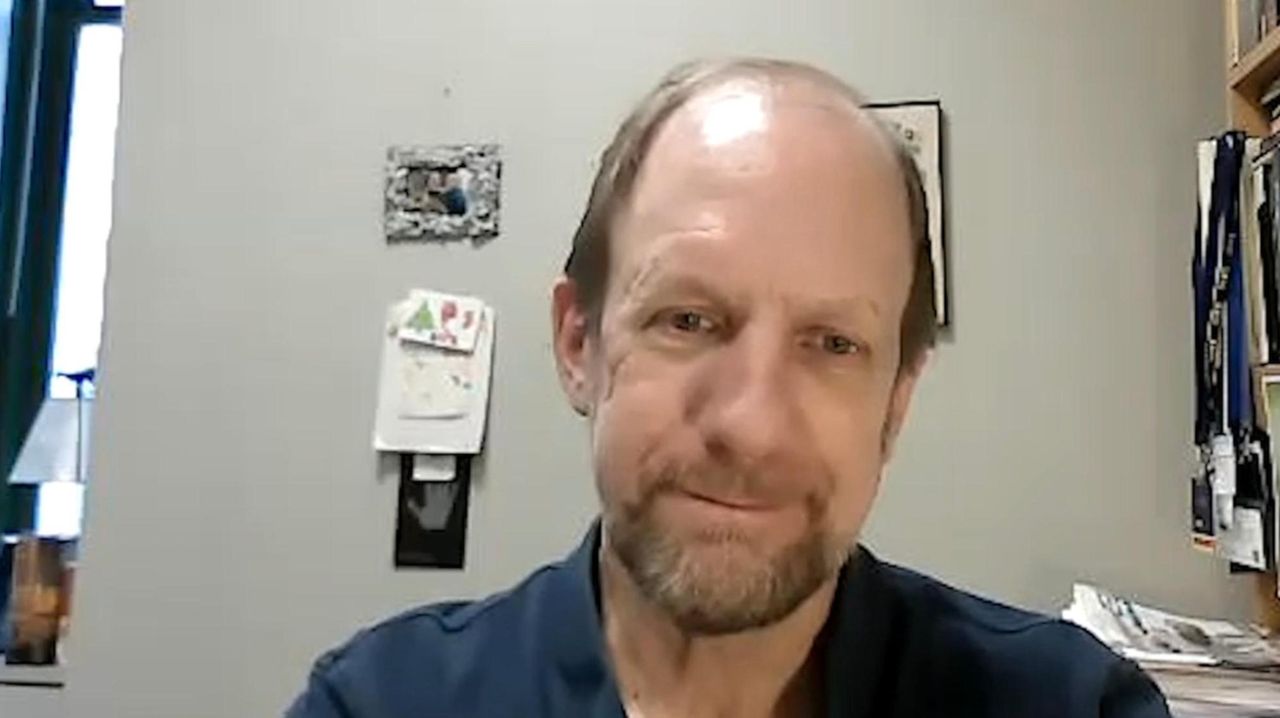 Steven Romalewski, director of the CUNY Mapping Services at the Center for Urban Research, The Graduate Center at the City University of New York, talked about the challenge the Census Bureau faced during the 2020 Census. The U.S. Census Bureau decided to delay the release of Census 2020 population totals, in part due to the pandemic. Credit: Newsday staff

The U.S. Census Bureau’s decision to delay release of Census 2020 population totals, as they engage in a quality review of the once-a-decade count of the nation’s population, was welcomed by several Long Island observers and other experts.

Yet some raised concerns that residents on Long Island and statewide may still be undercounted, imperiling political representation and billions of dollars in federal aid, as a result of field work delays caused by the COVID-19 pandemic and Trump administration controversies surrounding the census. One Trump administration policy, for example, sought to exclude noncitizens from the census count, which President Joe Biden revoked upon taking office in January.

Vanessa Baird-Streeter, Suffolk County's deputy executive, said changes in the deadline to respond to the census — which prompted lawsuits after the Trump administration made several attempts to shorten the time the bureau had to conduct field work — just sowed confusion, which she feared "lends itself to underreporting." The ultimate concern she said, was that the county "will not get our fair share" if the numbers aren't accurate.

Nassau County Executive Laura Curran said in a statement: "We worked hard to count every resident in the Census, and I'm proud that Nassau County ended up with the highest rate of self-response [to the census] statewide. I am concerned that continued setbacks in the process could result in Nassau County receiving less federal funding because of continued reliance on outdated, undercounted numbers."

The distribution of an estimated $675 billion to $1.5 trillion annually to states and municipalities for many programs is based on census population figures.

Steven Romalewski, director of the CUNY Mapping Services at the Center for Urban Research, The Graduate Center at the City University of New York, which has provided online maps and data analysis advice to "Complete Count Committees" on Long Island, said it was hard to discern what the bureau's quality assessment would mean.

"On the one hand, it’s encouraging the bureau is taking more time to do whatever they can to get the numbers right," Romalewski said. "On the other hand, there’s the proverb you can’t get blood from a stone. If they have data that has problems to begin with, I don’t know how much data processing can help. By that I mean, we know what it was like to go through the census data collection effort in the middle of the pandemic, in the aftermath of the Trump administration trying to add the citizenship question to the form [which failed amid legal challenges] and his ongoing efforts to try to undermine it. It’s hard to say how good the data was that was collected. Hopefully it was good."

The data showed, Romalewski said, that the rate of people responding to the census — called the self-response rate — was better locally and nationally in 2020 than in 2010.

"Both counties, Nassau and Suffolk, had a better self-response rate in 2020 than they did in 2010," he said. "Especially Nassau County. Nassau County had almost 75% of the households that filled out the census questionnaire on their own, In 2010 it was about 70%. So that's really good." He noted, though, that some neighborhoods in the county didn't do as well. Suffolk's self-response rate in 2020 was 68.6%. It was 67.6% a decade earlier, according to census data.

In Suffolk, Romalewski said, the pandemic delayed getting materials that had to be hand-delivered by census takers to thousands of households on the East End. For reasons like these, he said "there's still a lot of concern about the quality of the data collected and how comprehensive and accurate the data will be."

Under its new timeline, announced in February, the bureau said it would release the state population counts by April 30, four months later than normal. By law, the bureau was supposed to submit the state counts by Dec. 31, 2020. But the pandemic caused delays of several months in the bureau's field work — such as sending census takers out across the country to knock on the doors of those who had failed to respond to the census.

State population counts, called apportionment data, determine how many members each state gets in the U.S. House of Representatives. After the 2010 Census, New York lost two House seats.

The bureau will provide the redistricting data — population and racial and ethnic breakdowns of all geographic areas nationally — by Sept. 30, a five-month delay.

In a Feb. 2 blog post, the bureau’s acting director, Ron Jarmin, said the need to ensure accuracy in counting "every person residing in the country once, only once, and in the right place" led to the delay.

"All processing issues we find are carefully researched, a fix is developed and tested, and then implemented," Jarmin said. "Because this can be a time-consuming process, the "happy path" that would have met the statutory deadline was not achievable."

Some of the issues Jarmin said that needed correcting were what he called "standard" problems that occur in any census, such as coding errors. The bureau announced this week that "all 33 data anomalies … have been resolved."

Concerns remain among some observers.

"Although the Census Bureau is now trying to improve the census count, Trump administration policies — particularly its hostility toward immigrants — the pandemic, and the impacts of fires, hurricanes and other cataclysmic climatic events that plagued the nation, generate serious concerns about the overall accuracy of the 2020 census," Erin McCarthy, a spokeswoman for the New York Department of State, said in an email.

"I am very concerned that we have accurate census data. And we will first learn about that level of accuracy when we find out New York State's population total on April 30," Wice said. "And we’ll also find out whether New York will lose one or two congressional districts."

Rebecca Sanin, president and chief executive of the Health and Welfare Council of Long Island, which coordinated census outreach in Nassau and Suffolk, voiced some optimism.

"I am encouraged that the Bureau will make an effort to count everyone which could certainly translate into good news for every community on Long Island," Sanin said in an email. "Based on the reports of city migration, I anticipate that there may be a population increase on the East End of Long Island."