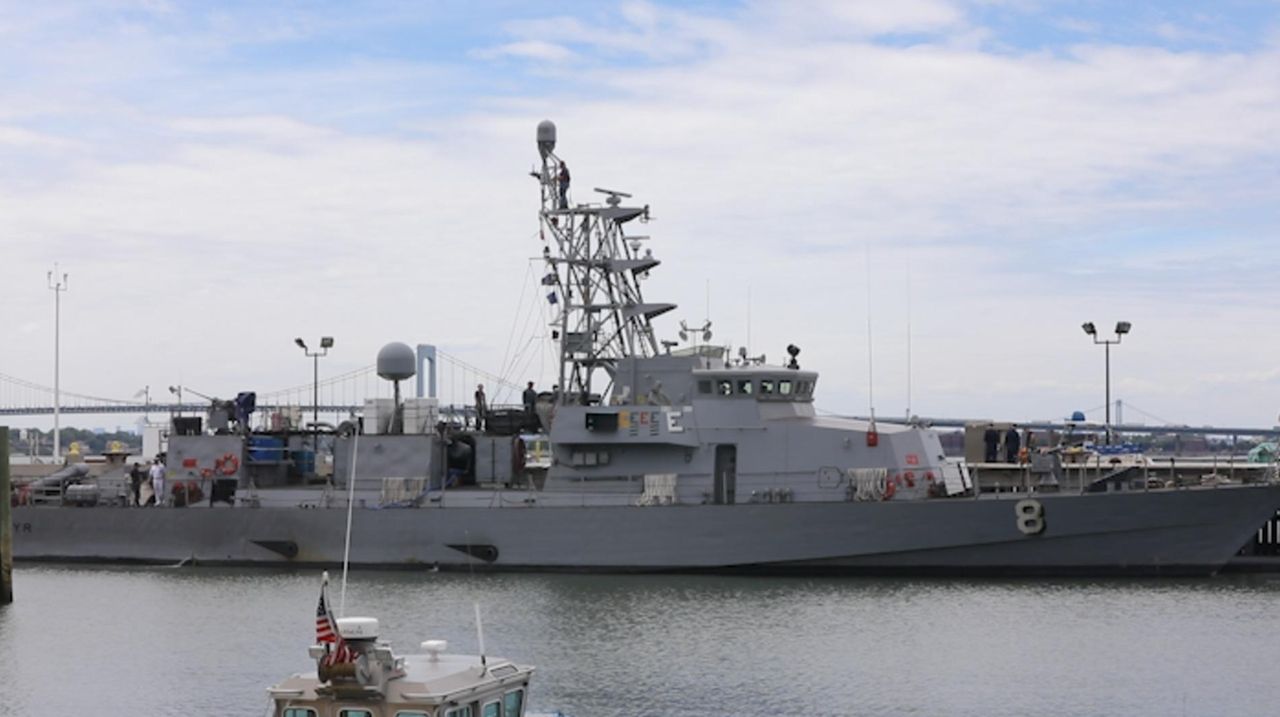 The USMMA in Kings Point on Wednesday, May 24, 2017, welcomed the USS Zephyr to kick off Fleet Week New York, which is the city's time-honored celebration of the sea services.  Credit: Newsday / Jeffrey Basinger

Lt. Cmdr. Cameron Ingram, commanding officer of the USS Zephyr and a 2004 academy graduate, help arrange for the Cyclone-class patrol coastal ship’s stay at the campus from May 24-30.

Fleet Week New York brings about 3,700 sailors, Marines and Coast Guardsmen to New York while their ships are docked in New York Harbor. This is its 29th year; the event has been held almost every year since 1984.

The USS Zephyr, commissioned in 1994, is based in Mayport, Florida, and often patrols central Caribbean waters. On recent patrols, officers on the ship have seized millions of dollars worth of marijuana and cocaine, and they have apprehended smugglers, Navy officials said.

Ingram said Fleet Week organizers originally requested that the ship be stationed at SUNY Maritime College in the Bronx.

“I cannot in good faith spend the night across the Long Island Sound from my alma mater,” he joked.

Ingram said the ship departed from Mayport on Sunday and arrived in New York on Wednesday, joining ships in the morning’s Fleet Week flotilla in New York Harbor.

At a ceremony near Mallory Pier — overlooking the ship and the school’s training vessel, the Kings Pointer — the academy’s superintendent paid tribute to the work of officers stationed around the world.

“It is an honor and a privilege for us here at Kings Point to host and be part of an event that every year highlights the world’s greatest sea services,” Rear Adm. James A. Helis, the superintendent, told midshipmen and academy officials gathered for the occasion. “Around the world and around the clock, these professionals quietly serve away from home for extended periods in dangerous conditions, protecting our nation and our way of life.”