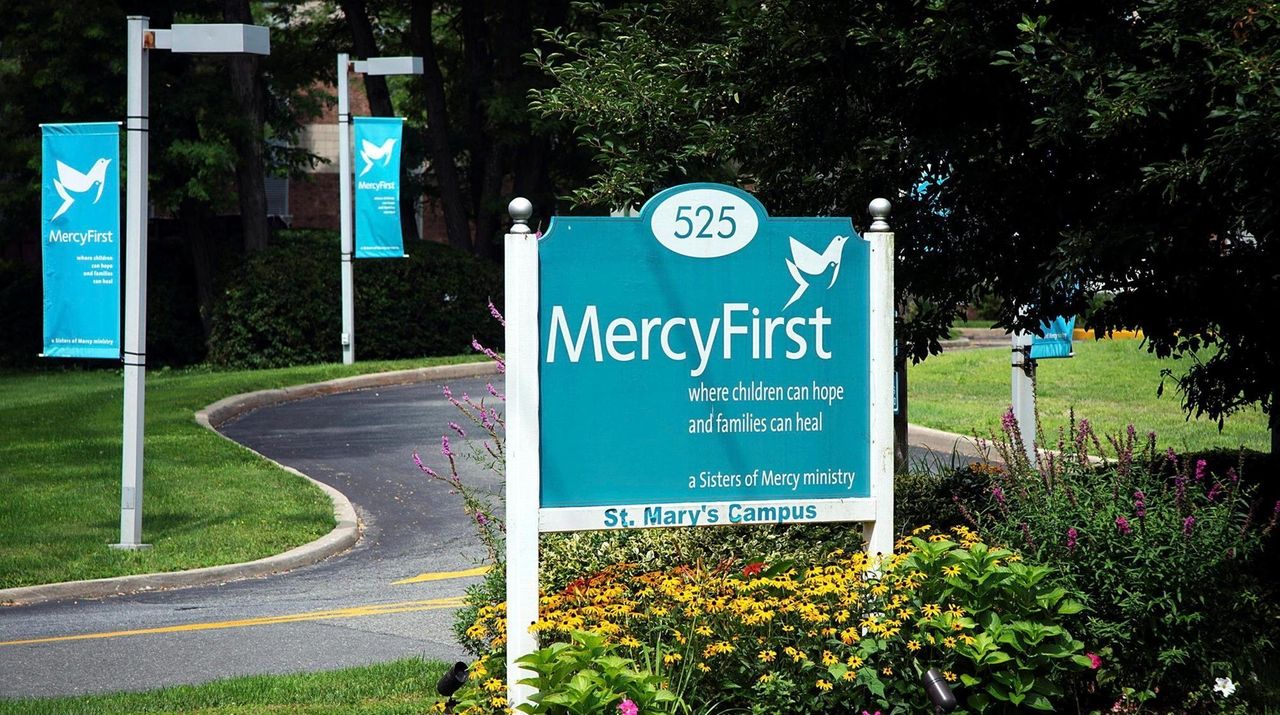 An estimated 2,600 unaccompanied minors have been relocated to Long Island in the past year, officials said Thursday, with roughly 50 more migrant youths recently transferred into a Syosset-based social services shelter.

MercyFirst, Long Island's only shelter for children detained after crossing the Southern border with Mexico, has a contract with the Office of Refugee Resettlement to house unaccompanied minors who enter the U.S. from other countries, often Central and South America. The youth generally stay with the nonprofit for less than 50 days before they are relocated again, often with family sponsors.

The facility was mentioned this week when the New York Post reported there were late-night charter flights from Texas to Westchester County Airport carrying unaccompanied minors. Some of the migrant youths, the Post reported, were taken to locations in Queens, Brooklyn, the Bronx, upstate and Connecticut.

At least one bus early Saturday morning, the paper reported, stopped at the campus of MercyFirst, which is run by the Catholic Sisters of Mercy.

It is unclear how many minors arrived on the Long Island-bound bus, but Rep. Tom Suozzi (D-Glen Cove), who represents the district, said the 100-bed facility houses about 50 unaccompanied minors ages 12 to 18 — a figure that has remained steady for several years. The site also houses minors involved in child welfare cases.

During the daily White House press briefing Tuesday, Press Secretary Jen Psaki said the flights were part of the family reunification effort aimed at delivering the children "to their final destination — to unify with their parents or sponsors across the country."

"It’s no surprise that kids can be seen traveling to states, not just in New York," Psaki said. "We’re also working to unite children with their family members or vetted sponsors in other parts of the country as well."

MercyFirst, which also provided housing during the Trump administration to minors who were separated from their parents, referred all inquiries to the U.S. Department of Health and Human Services, which coordinates the relocation of unaccompanied minors.

"It is our legal responsibility to safely care for unaccompanied children until they can be swiftly unified with a parent or a vetted sponsor," HHS said in a statement. "As part of the unification process, [Office of Refugee Resettlement] facilitates travel for the children in ORR’s care to their sponsors or other care providers in the most expeditious way to quickly and safely unite them with parents and sponsors."

Roughly 90% of the children referred to ORR are eventually unified with a sponsor or family member, the department said.

During the past fiscal year — between October 2020 and August 2021 — 1,064 unaccompanied minors were placed with parents and sponsors living in Nassau County, and 1,528 were placed in Suffolk, according to the most recent federal data available.

For years, Long Island has maintained one of the largest proportions of unaccompanied minors, in part because of the large local Central American population from Guatemala, Honduras and El Salvador who can take them in, advocates said. The majority of unaccompanied minors come from Central America, seeking to escape violence and gang issues, advocates say.

At a news conference Tuesday outside of MercyFirst, Suozzi said the recent flights and bus trips were not unusual.

"There was no big influx of kids … No big burst of activity over the past week," said Suozzi, who has spoken with MercyFirst management and an HHS deputy secretary.

The children remain on the Syosset campus around the clock, Suozzi said, receiving all necessary services until they are relocated with family.

But the congressman said the relocation efforts do create practical funding issues. Suozzi wrote to President Joe Biden and the secretaries of Education, HHS and Homeland Security Tuesday, noting that the relocation of unaccompanied minors into various Long Island communities must come with increased federal resources for school districts.

"My immediate concern is that our local education system is not adequately prepared to handle this influx of students," wrote Suozzi. "Our educators are humanitarians and welcome these children with open arms, but due to the lack of necessary financial resources to educate them, we cannot continue to ask the local communities to provide the funding."

Long Island school districts have not seen a recent influx of minors in classrooms, Suozzi said.

Psaki Tuesday pushed back on the characterization that children were being flown secretly "in the middle of the night," saying the administration took "seriously" its "legal responsibility to safely care" for the minors until they are reunited with parents or family sponsors already living in the U.S.

Suozzi agreed, suggesting the flights were not "nefarious" but a product of COVID-19 safety protocols and logistical precautions to keep the migrants secure. All of the minors, he said, are tested for COVID before arriving in New York, and no one with links to gang activities is allowed into locations such as MercyFirst.

But Rep Lee Zeldin (R-Shirley) called the flights "covert" and suggested the Biden administration was hiding their actions from the public.

"The shadiness and lack of transparency from the Biden Administration is completely unacceptable," wrote Zeldin, who is running for governor in 2023. "We have no concrete information about what sort of vetting these migrants have gone through, why they are being relocated, where they will stay, who was involved in this decision-making process and so much more."

Asked about the influx of unaccompanied minors to New York, a spokeswoman for Gov. Kathy Hochul said in an email: "While the transportation and settlement of these children is under federal jurisdiction, New York is ready to assist however we can. Under Governor Hochul, New York will always welcome immigrants, especially children, in search of a better life."