Nearly one in four Vietnam War combat veterans who participated in a small study at the Northport VA to detect past infestations of the cancer-causing liver fluke parasite tested positive, according to a paper penned by researchers at the VA Medical Center.

The pilot study, titled “Screening US Vietnam Veterans for Liver Fluke Exposure 5 Decades After the End of the War,” is in the current edition of the periodical Infectious Diseases in Clinical Practice.

The Department of Veterans Affairs Medical Center at Northport conducted the study last spring, after Vietnam combat veteran Jerry Chiano of Valley Stream was diagnosed with bile-duct cancer in 2013. Chiano died in November.

Northport examined 97 Vietnam War veterans and selected 50 who met the inclusion criteria of having eaten undercooked freshwater fish while serving in Vietnam. Blood samples collected at Northport were subjected to serological examinations performed by researchers at Seoul National University College of Medicine in South Korea because no facility in the United States is equipped to identify the antigen marker that shows the parasite was once present. 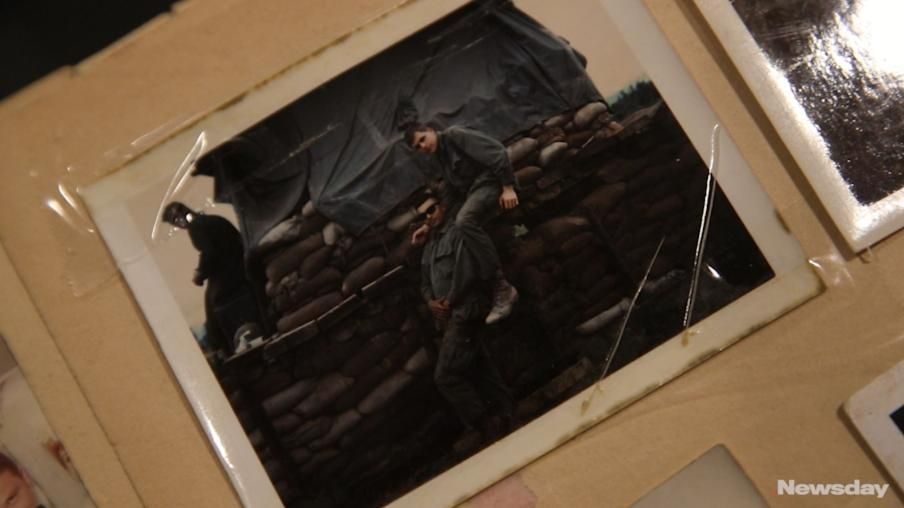 LI Veterans test positive for potentially fatal parasite At least five Vietnam War combat veterans on Long Island who participated in a 50-person test for liver fluke have tested positive for the potentially fatal waterborne parasites, according to interviews and documentation provided by participants in the study. Four of the survey participants, all of them patients at the Department of Veterans Affairs Medical Center at Northport, said they know of at least nine others who participated in the study who have tested positive. Credit: Randee Daddona

“The Northport Medical VA Center’s groundbreaking study confirms what many vets have asserted: some of our brave Vietnam veterans were, in fact, exposed to cancer-causing parasites when serving overseas,” Schumer said in a release.

“I am urging the VA to move forward with developing a treatment, screening and awareness program to help our Vietnam veterans who may be at risk to developing bile duct cancer in the future,” Schumer said.

Suozzi said the VA should move quickly to address the study’s findings.

“There must be a lot of anxiety in the Vietnam veterans community and we should try to alleviate that anxiety by actually getting firm answers,” Suozzi said.

Liver flukes are parasitic worms that spend part of their life cycle in freshwater snails that inhabit rivers throughout parts of the Far East, including Southeast Asia, China and the Korean Peninsula. The snails release larvae that burrow into the flesh of fish and can infest the bile ducts of humans who eat the fish. They can reside symptomless in a victim’s body for decades.

The adult worm is believed to release an irritant during its quarter-century life span — an irritant that can lead to cancerous lesions in the bile duct decades after the parasitic infestation has died out. In some south Asian villages where raw fish consumption is part of the culture, more than one in two people harbor liver fluke infestations, according to parasitologists.

Some activists have likened the seriousness of fluke exposure in Vietnam veterans to Agent Orange, a class of dioxin-contaminated herbicides believed to have tainted hundreds of thousands of U.S. troops. The VA pays disability claims to Vietnam veterans who suffer from any of a host of maladies linked to Agent Orange exposure, from heart disease to bladder cancer.

Since 2013, the VA has received 240 disability claims related to bile-duct cancers associated with liver fluke, the agency said. It had rejected more than 76 percent of those claims.

Lawmakers join vets in call for action on diseaseLocal members of Congress are pressing for answers about liver fluke, a river parasite that infected untold numbers of soldiers in Vietnam a half century ago, and which may be killing some of those veterans now. Vietnam vets test positive for deadly parasiteAt least five of 50 Vietnam War combat veterans who participated in a Veterans Affairs study have tested positive for a waterborne parasite that's rare beyond Asia, hides unseen in the body for decades and can cause a deadly form of liver cancer, according to interviews and documentation provided by participants in the study.