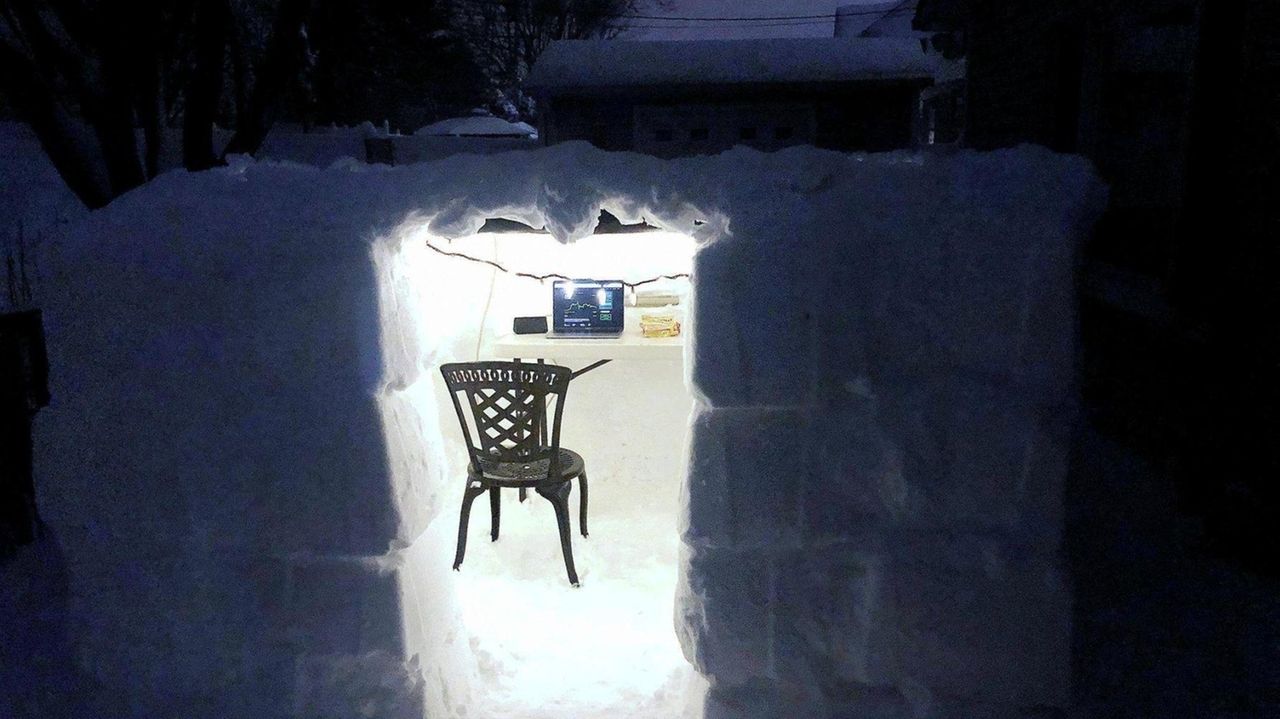 The snow has clearly been thrilling to Long Islanders, many of whom may have been left wanting after last year’s lack of snow.

Commack teens Bobby Reuter and Tiger Winston created their own remote-schooling igloo, complete with desk, chairs, electricity and stockpiled seltzer. You can see photos and a video of their here.

Wildlife beckoned older readers, and a field of flags memorializing pandemic victims captured the lens of a Bayville resident.

The younger set seemed content to play, whether skating or building snowmen and "snowcats" across the Island.

Five-year-old twins Asiya and Nadine Ashmawy made their first snowman ever, their own "Olaf," who got a carrot nose and grape eyes with a stick smile and twiggy arms.

"Every day since, they have gone outside to give Olaf a hug and check to see if he has melted," says their mom, Davina Elliott of East Meadow.

We’re certain many here on Long Island are wondering just the same thing — but not for the same reason as the twins.

Scroll on to see these photos and more.

Clockwise from top: Bobby Reuter, right, and Tiger Winston used recycling bins as a mold for the "bricks" of their snow fort they built in Commack. “We were going to build a snowman, but that was too boring,” says Reuter. (Photo by Robert Reuter) The used a lacrosse rebounder for the roof. (Photo by Robert Reuter) Then outfitted it with electricity and brought in chairs and laptops for their remote-schooling at The Stony Brook School. (Photo by Linda Reuter)

WANT TO SEE your photos featured in LI Life? For consideration, submit your snaps at nwsdy.li/ReaderPhotos.