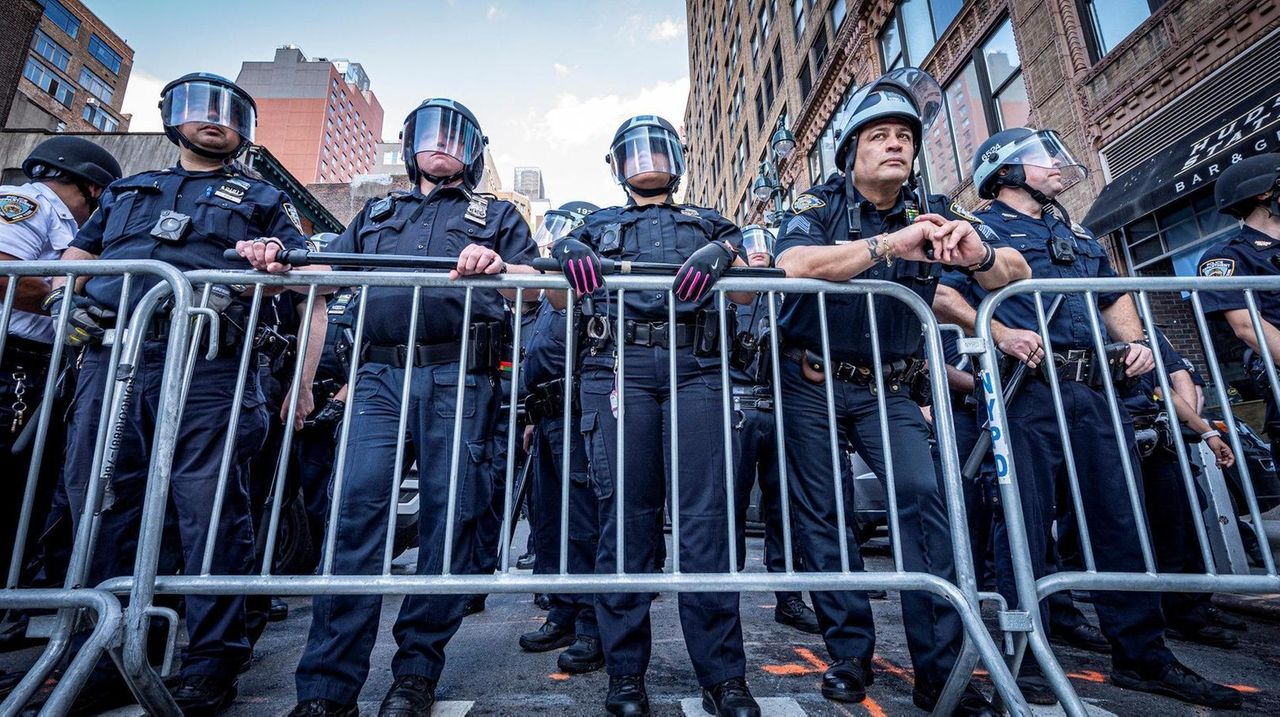 The death of George Floyd has many people talking about change in law enforcement. Newsday reached out to current and former law enforcement officers to get their take on what happened in Minneapolis, and what followed across the country. Credit: Newsday Staff

Former and current law enforcement officers said they disagree with some of the new police reform measures, including a ban on chokeholds, signed by the governor Friday.

In response to the nationwide civil unrest following the killing of George Floyd in Minneapolis, Gov. Andrew M. Cuomo signed into law a package of police accountability measures, including the banning of chokeholds. The new laws also allow the release of officers' disciplinary records and set up a special prosecutor’s office to investigate the deaths of people during and following encounters with police officers.

Robert Livoti, president of the Association of Retired Police Officers of Nassau County, said he would not take away a technique from an officer struggling for his life with a suspect.

"When it's your life against somebody else's, you might need to do this," said Livoti, 81, of Center Moriches, a former Nassau police officer who spent 33 years on the job. "People talk about textbook situations, but we don't live in a textbook."

Policy changes are hardly enough, said Julius Pearse, a former officer with the Freeport Police Department. If the chokehold is banned, police will continue to use it, he said.

Police used a facedown knee restraint on Floyd, and his killing set off protests across the country, including on Long Island. It also opened up a wide-ranging debate on use of force and treatment of people of color, African Americans in particular.

Police reform has been occurring in states nationwide since.

As change takes place, police departments need to acknowledge that racism in the ranks is a big problem and take action, said Darrin Green, president of the Long Island chapter of Blacks in Law Enforcement of America.

"That's when the ultimate change will occur — once you start disciplining officers, and even firing them for wrongdoing," said Green, a correction officer. "It's still the old boy network."

The release of officers' disciplinary records has been on the shelf in New York State for years, mainly because of the pushback from police unions.

Noel DiGerolamo, president of the Suffolk County police union, said he does not believe releasing a police officer's disciplinary records will improve policing. Police will become extra cautious to avoid complaints, he said.

"You're going to create an environment in which officers will not want to partake in more dangerous investigations, such as taking on drug cartels, MS-13 gangs and organized crime," DiGerolamo said.

Blair Beaudet, a Nassau police detective who retired in 2000, said he appreciated that the legislation to open officers' records provides some privacy protections, such as redacting home addresses, phone numbers and email addresses. But he does not believe that complaints should be made public unless they are substantiated against an officer.

"I had people complain about getting a ticket, and the complaint wasn't true," said Beaudet, 78, of Huntington.

Suffolk County Police Commissioner Geraldine Hart said her department already has adopted several of the reform proposals pushed by protesters, including banning chokeholds, de-escalation training, warnings before shooting, and a ban on shooting at vehicles.

She also praised the department's ongoing efforts to reach out to minority communities.

Nassau County Police Commissioner Patrick Ryder attributed the mainly peaceful Island protests to the generally good relationship between cops and the community. But he said he sees some protesters painting all police in a negative light "and that's not fair."

"I'm not going to take a knee if you tell me I'm a racist or a murderer," he said.

Pearse agrees with Hart and Ryder that community involvement is one of the solutions, especially when dealing with people of color. The answer is simple, he said.

"If you can talk to the community, see what their needs are, how they feel about the department, then you create a working relationship and it works," said Pearse, the first black hire with Freeport police, in 1962.

But too often, Pearse said, he saw police — after a racially charged incident — beef up community relations and "then they forget about it."

Correction: An earlier version of this story misquoted Tracey Edwards, regional director of the NAACP.