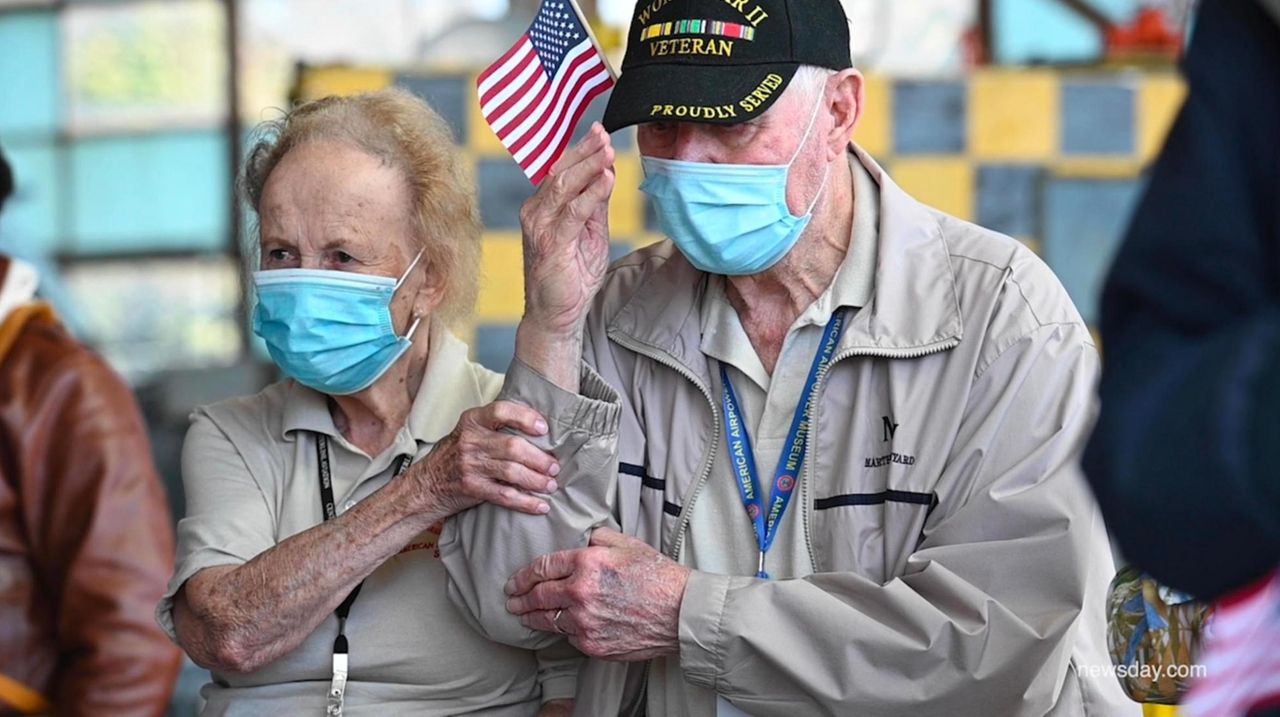 A dozen WWII veterans were honored on Saturday, commemorating the 75th anniversary of the end of the war, at the American Airpower Museum in  Farmingdale. Newsday's Steve Langford has the story.  Credit: Newsday

More than 75 years after fighting battles in Europe and the Pacific, a dozen World War II veterans were honored Saturday in Farmingdale for their service.

Veterans were recognized at the American Airpower Museum to commemorate the 75th anniversary of Japan's formal surrender Sept. 2.

The museum also is celebrating its 20th anniversary at Republic Airport in the assembly building where 9,000 Thunderbolt fighters were equipped with guns and ammo before they were shipped to Europe and the Pacific to help protect American troops and ships.

“Veterans put their lives on the line so we can enjoy the freedoms we have today,” museum president Jeffrey Clyman told veterans and spectators after the Fort Salonga Community Band performed the anthems of the armed forces. “We’re here to recognize your service to your fellow soldiers, sailors and airmen as well as to your country.”

Philip Alba, 95, of West Islip, served as a private first class in the Army when he was sent to Guadalcanal and New Guinea in 1945. He said he served as a boat captain running materials and munitions to troops and assisted in the Japanese  assault. He said they had to move their boats at night to avoid detection by Japanese aircraft.

“I was in the Pacific when the president dropped the bomb on Hiroshima. That changed everything,” Alba said. “I think all of the objectives sought by the American forces were necessary and made a lot of sense. World War II for us was a sad effort, but it accomplished all the positions we wanted to attain to give to our people and more security for everyone else. Life has been good to me.”