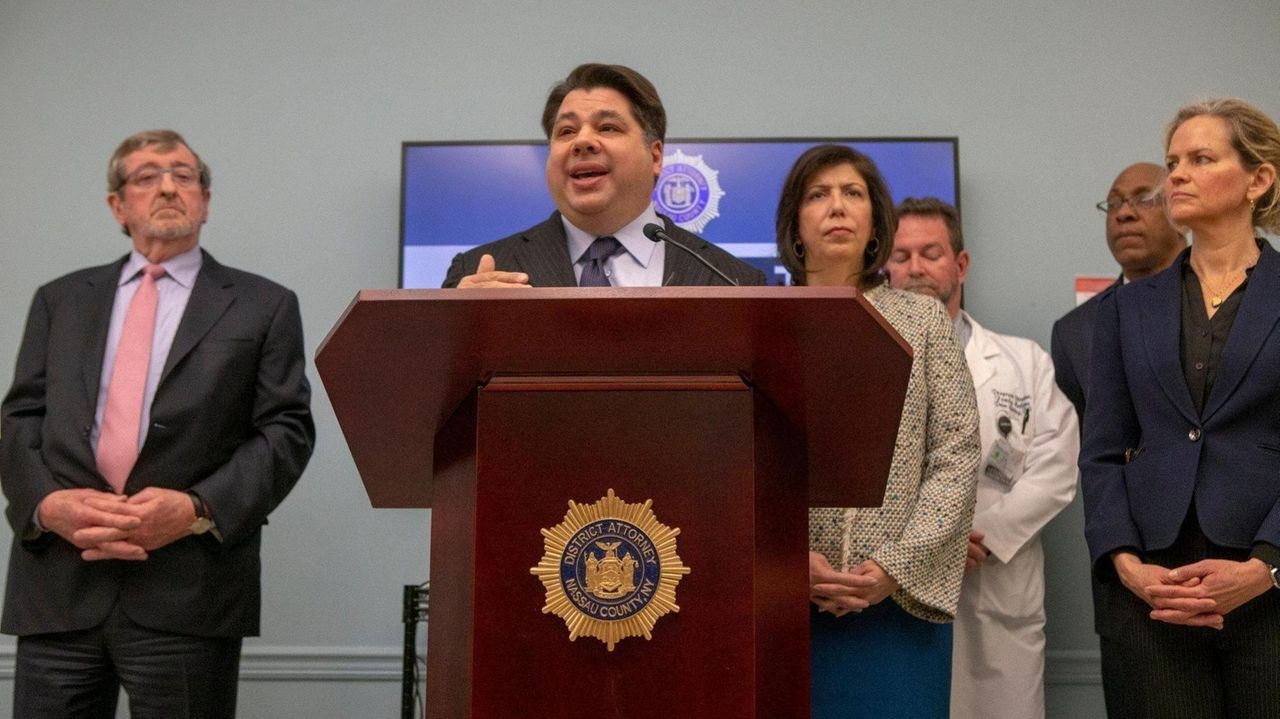 People treated for overdoses in two Nassau County hospital emergency rooms now seamlessly will be linked to residential treatment where they can detox and move to longer-term residential assistance, under a pilot program aimed at preventing relapses.

Officials who announced the program Tuesday said many people addicted to opioids and other substances return to their drug of choice shortly after leaving the emergency room, putting them at risk for another overdose — one they may not survive.

“A person would literally walk out the door and start using within minutes,” said Lewis Grossman, president and CEO of Maryhaven Center of Hope, a member of Catholic Health Services, which offers addiction services. “This program will save lives.”

By proposing treatment while the overdose victim is still in the hospital, addiction specialists are contacting them “when they’re vulnerable and open to treatment,” he said.

Grossman, county officials and Michael Dowling, the president and CEO of New Hyde Park-based Northwell Health, spoke Tuesday at the Maryhaven Center of Hope in Freeport, where patients will first go after the emergency room.

Dowling said the plan is to “see how this works and then expand this as fast as we possibly can” to other Northwell emergency rooms. Northwell, the largest private health system in the state, has 13 Long Island hospitals.

While the patients are in detox, Maryhaven employees will work with insurance companies, Medicaid and Medicare on paperwork and approvals, said Nassau County District Attorney Madeline Singas, who was part of discussions on developing the program.

“Those in crisis are seldom equipped to navigate the insurance complexities, the voluminous paperwork, the delays for [long-term residential] beds and the simple logistics toward treatment,” she said. “We needed to close the gap between a person in crisis at the emergency room and the lifesaving treatment that they needed.”

Sharon Richmond, 54, of Northport, said if the program had been in place in 2017, when her son Emanuel Vincent D’Antoni died at age 25 of an overdose of heroin and cocaine laced with the powerful synthetic opioid fentanyl, “It would have given him that last chance. Maybe he’d be here today.”

Richmond said D’Antoni was taken to the emergency room of Long Island Jewish two months before he died after passing out from mixing OxyContin with prescription anti-depressants and anti-anxiety medications, but he was not linked to services.

Richmond also recounted “constant battles” with her insurance company over getting approval for long-term residential care for her son. The new program’s assistance in dealing with insurance or Medicaid is crucial, she said.

“You need somebody to navigate the system … ,” she said. “When somebody is battling an addiction, your whole family is in crisis. You can’t even think straight.”

The program, which began Monday, is aimed at emergency room patients who overdose on opioids such as heroin and OxyContin, and on drugs such as cocaine or tranquilizers, and for people being treated for alcohol poisoning who would benefit from a residential program.

The program is only for those who consent to post-emergency-room treatment. Patients sign a form in the emergency room stating they authorize New Hope to pick them up and transport them to the center. Typically, a counselor and social worker will accompany the patient, said Ashley Walker, New Hope’s director.

The program is "one of the first" of its kind in New York State, said Edison Alban, a spokesman for the state Office of Alcoholism and Substance Abuse Services. The new state budget requires emergency rooms in New York to develop protocols for referring patients with substance use disorder to treatment, he said.

Officials said it is difficult to predict how many people will be served by the program, because it is voluntary. Long Island Jewish treated 96 people in its emergency room in 2017 with the anti-opioid-overdose medication naloxone, often known by the brand name Narcan,  said Kate O’Neill, director of the emergency medicine service line at Northwell.

There currently are 20 such beds for medical treatment and detox, said Dr. Anthony Boutin, chief medical officer at NUMC.

NUMC employees also will make available the anti-opioid-addiction medicine Vivitrol to inmates from the Nassau County Correctional Center who want it, Tsunis said.