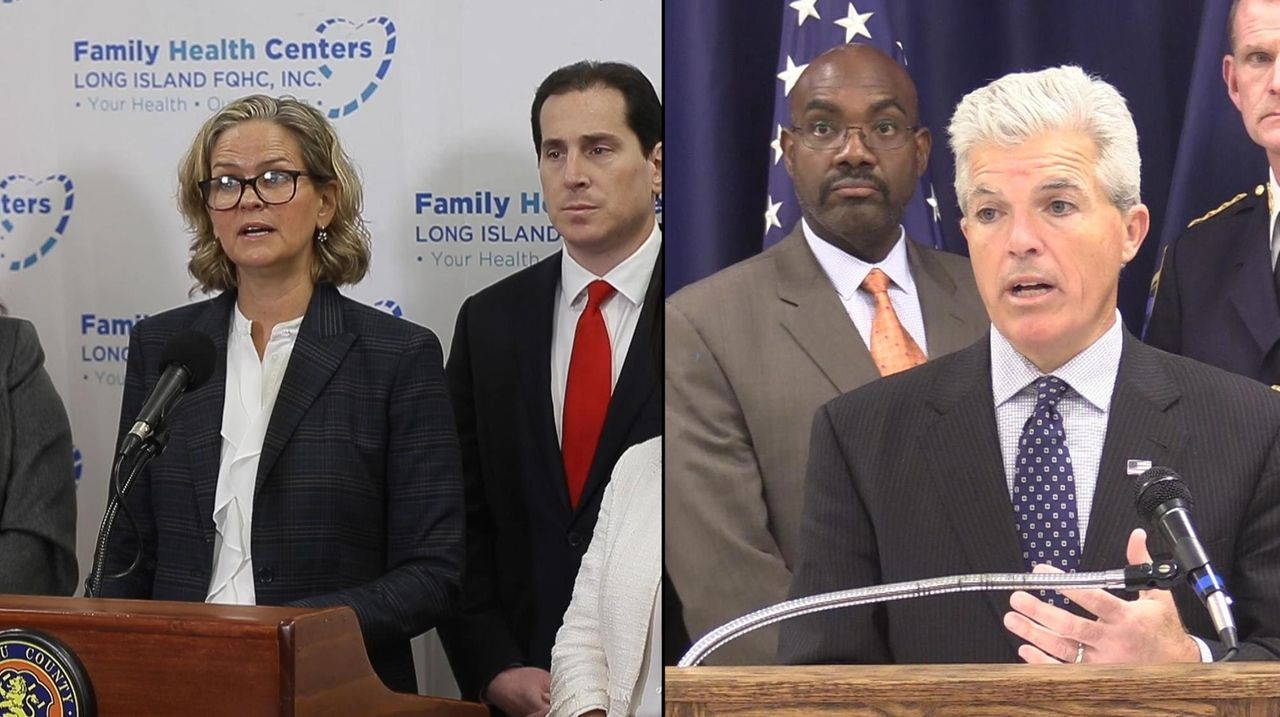 Long Island counties took urgent measures Thursday to respond to the growing coronavirus outbreak, as another day brought more confirmed cases in the region, the city and state.

Both county executives, Laura Curran in Nassau and Steve Bellone in Suffolk, said they were seeking ways to free up resources and use their powers to take precautionary measures, as the day-over-day count of affected individuals grew.

The declaration of an "imminent threat to public health,” announced by Curran on Thursday, represented a legal and deliberate step before a full state of emergency, county spokesman Michael Fricchione said. The public health threat declaration will help ensure the county “is reimbursed by the state and federal government for more of our efforts to combat, delay and prevent further transmission of the coronavirus,” he said. 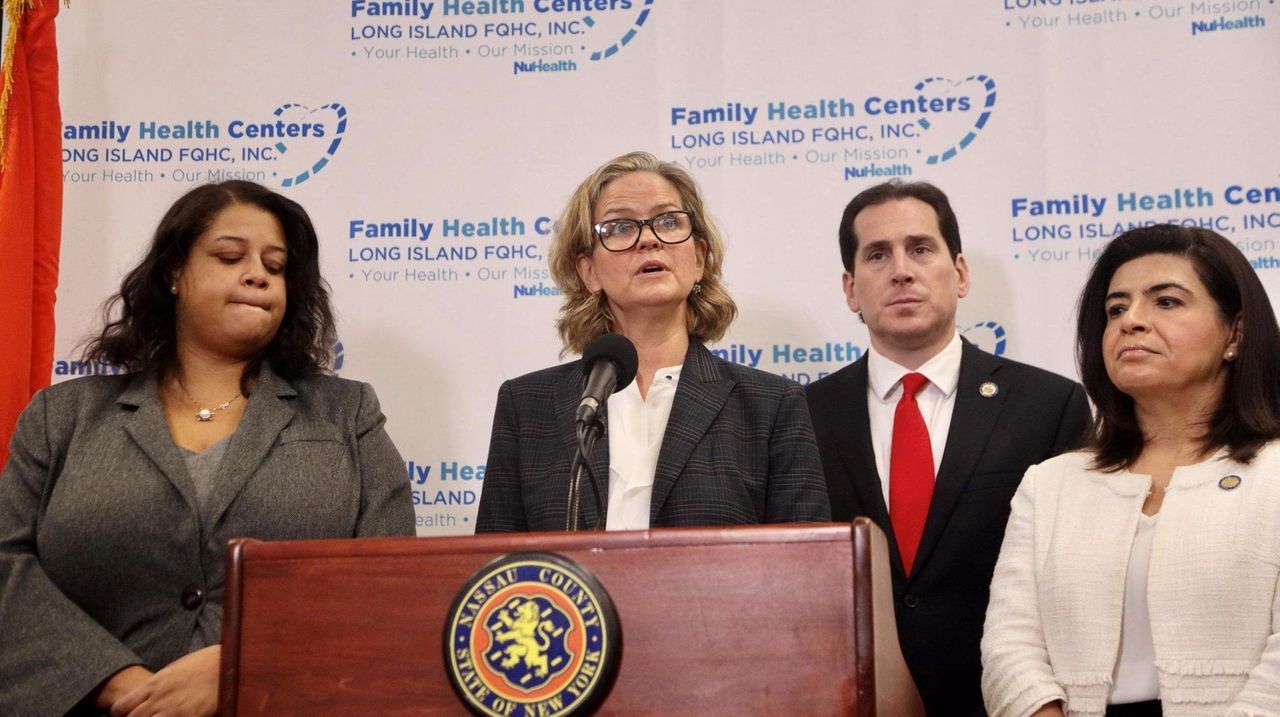 "We are doing this as a precautionary measure to access greater resources," Curran said.

Bellone declared a state of emergency, saying the designation will “allow county government to more quickly respond,” including by purchasing “critical supplies” like hand sanitizer, protective gear, gowns and masks, as well as move staff as needed.

“We need to remind the public that we are going to get through this," Bellone said. "We will ultimately come out in a good way, and that will be done through their help and their cooperation and listening to common-sense advice to avoid spreading the illness."

Curran said 31 of the Nassau cases are in Hempstead, six in North Hempstead and three in Oyster Bay. Ten of the people with confirmed cases in the county are hospitalized, and one is in critical condition. 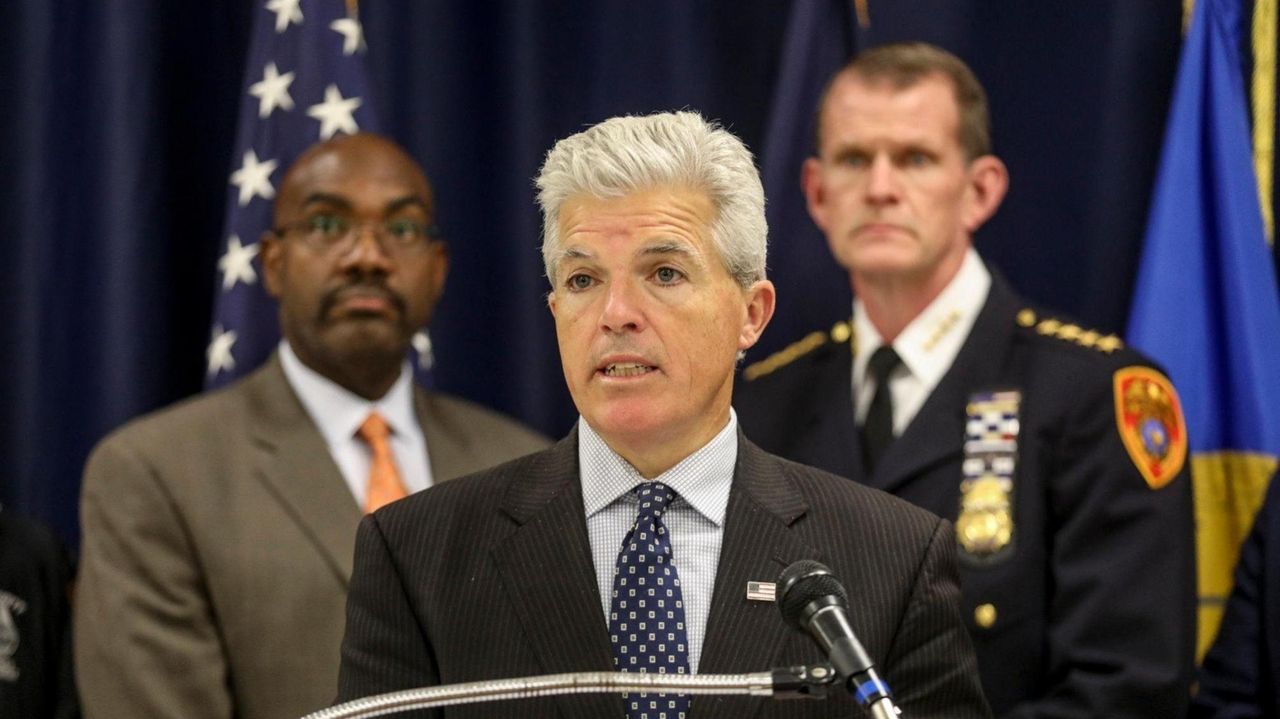 One of the positive cases is an 81-year-old resident of the Bristal Assisted Living facility in North Hills. The resident, a woman, is hospitalized. Bristal has banned visitation at North Hills and its other facilities on Long Island.

Curran said 390 people in the county are in mandatory quarantine, and 82 people are in voluntary quarantine.

There are almost 125,000 confirmed cases of COVID-19 around the globe, according to the World Health Organization. The Centers for Disease Control and Prevention reported 1,215 confirmed cases in the U.S.

The outbreak was triggering school closures, event cancellations and postponements throughout the region and beyond.

New York Gov. Andrew M. Cuomo banned gatherings of 500 or more people, with some exceptions, among other measures.

Public officials asked the public to avoid risks. "Community spread is our biggest danger. … Try to avoid all social gatherings and public places," Curran said. "This is a rapidly changing environment, and the direction is changing."

The Plainview-Old Bethpage Central School District was ordered by the Nassau County Department of Health to close its schools, effective Friday, and reopen March 20, according to a posting on the district’s website.

“While there are no additional confirmed cases of COVID-19 that have been reported within the district, we are closing all schools out of an abundance of caution and commitment to contain the spread of the virus,” Superintendent Lorna Lewis said in a message on the site.

In the Valley Stream Central High School District, a Memorial Junior High staffer self-reported that she tested positive for the virus, Superintendent Bill Heidenreich said in a letter to parents. The district will reopen Monday after deep cleaning, Heidenreich said.

Port Washington schools will be closed Friday and Monday for cleaning, and for staff members to prepare for remote learning in case of an extended closure, Superintendent Michael Hynes said in a letter.

Smithtown schools will close for a week starting Monday, according to a notice to parents Thursday. All activities and building use will be canceled during those dates. The district noted it did not have any confirmed coronavirus cases.

The Greenport and Jericho districts announced closures for Thursday and Friday.

Deer Park schools will be closed to students through Monday to “deep clean the building and provide time for us to make a more informed decision moving forward,” Superintendent James Cummings said in a letter Thursday. Staff will still report Friday and Monday to help plan for a “potential long-term closing,” Cummings said.

The state Department of Education said it will reschedule regional information meetings on graduation standards planned throughout the state. One meeting had been scheduled for March 27 at Western Suffolk BOCES in Wheatley Heights.

A staff member at LIU Post in Brookville reported a positive test, the university posted on its website. After learning the employee had been in Kahn Hall before having symptoms, the university closed that building and the Pell Hall/Life Sciences building. Both buildings will be closed through Monday for cleaning, the university said.

Hofstra University officials announced Thursday that classes will be offered online after spring break ends March 23 and until further notice. While the school is not requiring students to leave the residence halls, it is encouraging them to vacate during spring break. All classes for the remainder of the semester at Columbia University will be conducted online, and officials there are encouraging any student who can move out of the residential halls to do so.

Farmingdale State president John Nader said in a message posted on the college’s website that the Suffolk health department confirmed “a member of the campus community” tested positive for the virus. He did not specify if the person is a student or staff member. The college will close Friday, and when students return from spring break March 23, they, like other students in the SUNY system, will receive instruction online, Nader said.

Other changes in region

The towns of Southold and Huntington also declared emergencies Thursday.

The Southold Fish Market announced on Facebook it would be closed Thursday after being notified one of its employees tested positive for the virus — the third such case this week.

Peconic Landing, a retirement community, and Greenport Harbor Brewing Co., both in Greenport, each had announced separately that one of their employees tested positive for COVID-19. The brewing company closed for the remainder of the week.

Nassau County officials said there was no intention of closing public buildings, which are cleaned every 24 hours, while Suffolk Legis. William Spencer (D-Centerport) said all nonessential meetings are being limited and the public is being encouraged to watch via livestream and send questions or comments instead of attending.

Bellone said all parades in the county this weekend have been canceled.

Courts across the state will remain open, but access will be restricted for anyone who “self-identifies” as at-risk to the virus, had close contact with a diagnosed person or who recently traveled abroad to countries where the disease is widespread, according to a memo Thursday by Lawrence Marks, the state’s chief administrative judge. Judges have been encouraged to postpone nonessential proceedings, he said.

New York banning large gatherings to slow coronavirusFacilities with an occupancy of 500 or fewer will be required to reduce capacity to 50%, Gov. Andrew M. Cuomo said. The order impacts Broadway theaters. Is your school closed? Check our list of closingsThese are the Long Island school districts and area universities that have closed already or are planning to temporarily close in response to concerns over the coronavirus. A list of cancellations of town and library meetings, events, servicesInformation on area events that have changed in response to concerns over the coronavirus. See the latest news on the coronavirus, vaccinesKeep up to date with the latest on the global coronavirus outbreak.