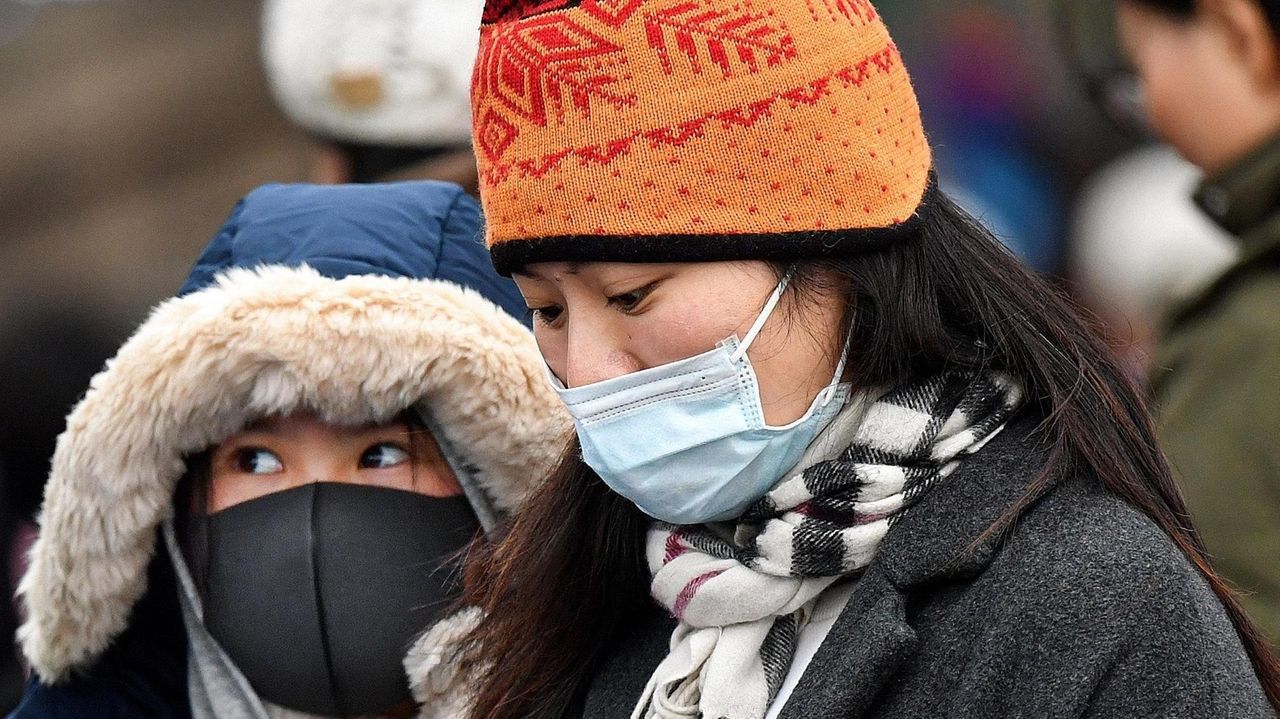 Newsday reporter David Olson reports from Nassau University Medical Center about the person who “passed through" Nassau County and is being tested for the coronavirus.  Credit: Danielle Silverman

A person who “passed through Nassau” County is being tested for the coronavirus that has killed  41 people and sickened  nearly 1,300 in China, Nassau’s health commissioner said Friday.

Commissioner Dr. Lawrence Eisenstein said he did not have details about the individual, including whether the person currently is in Nassau or lives in the county.

He referred questions to the New York State Department of Health, which sent a morning statement from the office of Gov. Andrew M. Cuomo that said the health department “currently has four persons under investigation for novel coronavirus that are under isolation as their cases are being tested at the CDC.”

One of those cases was determined to be negative; the others are pending, the state said.

Asked about the case of the person who visited Nassau, a state health department spokeswoman said that “due to patient confidentiality, we cannot release any further information.”

No one in Suffolk County is being investigated for possible exposure to the virus, said Suffolk health department spokeswoman Grace Kelly-McGovern.

Speaking generally, Eisenstein said tests would be conducted on people who recently traveled in the Wuhan area of China where the outbreak is concentrated, or had contact with someone who was in the region, and have the flu-like symptoms — such as high fever and coughing — associated with the virus, identified as 2019-nCoV.

If someone meets those criteria, the county could arrange transport to a hospital, where the person would be put in isolation, said Deborah Kimelstein, Nassau's director of communicable disease control.

Eisenstein spoke at an East Meadow news conference on the virus Friday with other county officials at Nassau University Medical Center, shortly after the U.S. Centers for Disease Control and Prevention announced a second confirmed case in the United States, in Chicago. The first confirmed case is a Washington state man. Both had recently traveled to China.

“We understand people are concerned, but we are urging everyone to stay calm, as the risk to Nassau County is low at this time,” she said.

Nassau is in close contact with the state and CDC, and with local hospitals, health care providers and college and universities, Eisenstein said.

Several local associations in Nassau County have canceled or reduced their annual celebrations of the Lunar New Year. The holiday is Saturday.

“We don’t think anything would happen,” said Kevin Sun, co-vice president of the Great Neck Chinese Association, which will reschedule its Sunday event. “But we don’t want to put on a show where people wonder if anything could happen.”

In Manhasset, the Chinese American Association of North Hempstead is scaling back its Sunday celebration at the library to lower attendance.

“Normally, it’s packed. People are close together,” said David Chiang, a board member of the association, of the event that typically draws a crowd of about 500. “We feel if we make it smaller, people will have more room to move around.”

If you feel symptoms

If you believe you have the virus, call your health care provider rather than visit in-person, and do not go to a hospital emergency room, where the virus could spread, Eisenstein said.

“It’s much more likely if somebody has fever and cough and other similar symptoms it’s the flu, which is entering its peak season right now," he said.

Eisenstein said that if you have either 2019-nCoV or the flu, stay home to avoid infecting others, and to prevent contracting the viruses, wash your hands regularly,

Dr. Rajeev Fernando, chief of infectious diseases at Stony Brook Southampton Hospital, said he was on a personal 48-hour fact-finding trip in Wuhan last weekend and was not impressed by the infection-control measures there.

At the time, there were not infrared thermometers at the airport to detect fever in people passing by, as there was at Hong Kong’s airport, and no one took his temperature, like in Hong Kong and when he arrived at John F. Kennedy International Airport, he said. Those measures were later taken at the Wuhan airport before the Chinese government shut the airport down to try to control the virus, news reports said.

Cuomo said in a statement that New York is taking steps to respond, should the outbreak of coronavirus spread to the state.

"We are undertaking a wide-reaching and rigorous effort with all stakeholders, including health care providers, airports and federal health officials, to put in place the appropriate precautions to keep New Yorkers safe," he said.

Long Island hospitals said Thursday they were preparing for the possibility of cases surfacing in the region, reviewing their emergency protocols and asking patients presenting symptoms about their recent travel history.

With Dandan Zou and The Associated Press

China expands lockdown against virus, fast-tracks hospitalThe number of confirmed cases around the world climbed sharply to more than 850, with at least 26 deaths, all of them in China.